Since creatively partnering in 2012, Sam Hatfield and Fiona Skelton have collaboratively practiced across diverse artistic languages including video, performance, installation, spoken word, illustration and music. The overarching premise of their joint practice is to use the unexpected and the absurd to provocatively deconstruct psychological and social constructs.

The artists are developing a video series that explores the possibility of co-existent consciousness arising out of mutual experience. If individual consciousness is merely a bundle of processes without any central point of synthesis, then joint (or collective) consciousness may become not merely a possibility but a necessary outcome of any systematic collaborative processes involving multiple selves who already qualify as conscious. The progression of a relationship is used as the narrative basis for bringing to life an existent “being”, while also making explicit the sexuality that is implicit in the synthesis of definably separate selves.

The artists are also developing a work that uses absurdist imagery and spoken word to explore a collective sociological and economic delusion in relation to the coopting of time, provoking reflection upon the rapidly evolving global structures that are magnifying and intensifying inequality and dissatisfaction.

The audio-visual work encompasses four sub-works respectively titled Birthing, Impulse, Desire and Epilogue. Based on an absurdist narrative, the works are intended to be presented as sequential video art pieces, and heavily incorporate spoken word, interactive physical performance, illustration, music and sound design. Each sub-work plays out as one or more interwoven performance sequences that visually embody the conceptual themes.

While the work utilizes a humorous and playful aesthetic, it draws heavily from current scientific and philosophical theories relating to the nexus between mind and body. The sexuality implicit in the creation of the Entity also plays out in the manner in which it ostensibly seeks to “jealously” preserve itself.

By participating in a well-known and highly regarded residency program that attracts a diverse range and calibre of artists, we believe that GlogauAir will allow us to draw upon our interactions with other artists and mentors, together with exposure to inter-disciplinarily practices, in order to assist us in the development of a cohesive and incisive video art work. The residency will also give us the time and space necessary to refine and complete the work by the conclusion of the program, ready for exhibition.

By the time of the residency a large focus will be on the post-production phase, although it should be noted that the distinction between the phases is not strictly linear. Throughout the process we continue to develop and revise the overall narrative and aesthetic of the work, with new creative developments arising from consideration and discussion of what we have already produced that in turn feed back into further video and audio production.

We also intend to use the theoretical concepts behind The Cult of Love as the basis for the development of a live/performance art piece that sits parallel to the video work. Rather than focusing on a couple, the live work explores how a ritualized group dynamic may also give rise to an independently conscious being. Our current working concept is an interactive roving performance piece. A sculptural reconstruction of the Entity will be housed in a mobile pseudo-shrine and carried through crowded spaces. People will be encouraged to participate in a ritualized activity that incorporates dance and small “offerings” to keep the Entity “alive”. As the “custodians” of the ritual, we will be wearing brightly-feathered costumes (alluding to ritualized sexual display of bird dances) to represent the sexuality implied by the experience.

The residency program will also allow us to fully realize the workings of the live/performance art piece, particularly as the group dynamic of the residency will lend itself to this exploration of collective consciousness that arises on a broader scale rather than just between two people. We have considerable previous experience bringing these types of interactive live art

Sam Hatfield and Fiona Skelton are an Australian arts duo. Since creatively partnering in 2012, they have collaboratively practiced across diverse artistic languages including video, performance, interactive narratives, installation, spoken word, illustration and music.

They later moved the project into an interactive live art space, with a six-day performance at the Toronto Fringe Festival – Visual Arts Program (2013). By persuading more than 200 festival goers to dance in as little clothing as possible, they pushed participants to confront their bodies and the fear associated with this process, culminating in a finale that combined a video projection of footage of these dancers (https://vimeo.com/70485482) with the artists’ own fully naked performance.

In the New York-based Art in Odd Places festival (Sydney edition 2013) Sam and Fiona addressed social expectations of gender signifiers though performances in public spaces at Manly and Dee Why. Wearing “naked suits” of the opposite sex, they persuaded members of the public to swap clothes with a stranger of the opposite sex in an expandable multi-coloured change booth. The intense public reaction and ensuing media discourse was testament to the work’s probative value (e.g. http://www.smh.com.au/nsw/manly-display-too-coarse-for-the-corso-20130922-2u81o.html).

In 2014-15, Sam (who also moonlights as a lawyer) and Fiona (who has significant administration experience in the arts industry) spent some time away from their arts practice while they focused on running a small legal firm in Brisbane, Australia. They also both studied postgraduate psychology programs by correspondence through the University of New England.

In 2016, Sam and Fiona have ditched the business attire to again concentrate full-time on their artistic collaboration, and are currently embarking on an ambitious set of new videos and performance works. 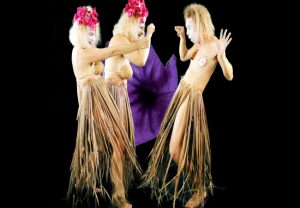 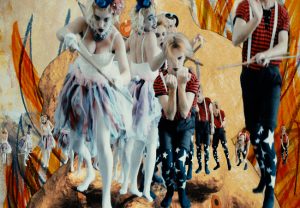 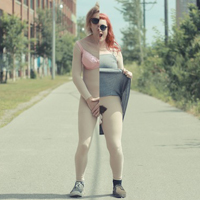 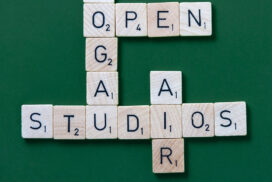