Together, Patrick and Montserrat’s collaboration at GlogauAIR draws upon their respective backgrounds and interests in theatre—as form and as institution—to interrogate theatre’s relationship to the image and to the imagination. Their artistic explorations at GlogauAIR respond to the legacy and aesthetics of Berlin’s theatre scene (including its advertising) and recent governmental discourse around the world concerning theatre’s ‘non-essentiality’ during COVID lockdowns.

Wie ein Hund sein Gespeites wieder frißt is part of an on-going series of posters advertising performances that exist only in the imagination. These posters are in dialogue with the many posters on Berlin’s walls advertising events that, though scheduled to happen, are no longer taking place due to the current restrictions on cultural gatherings in the city.

For more information about the performance, scan the QR code. 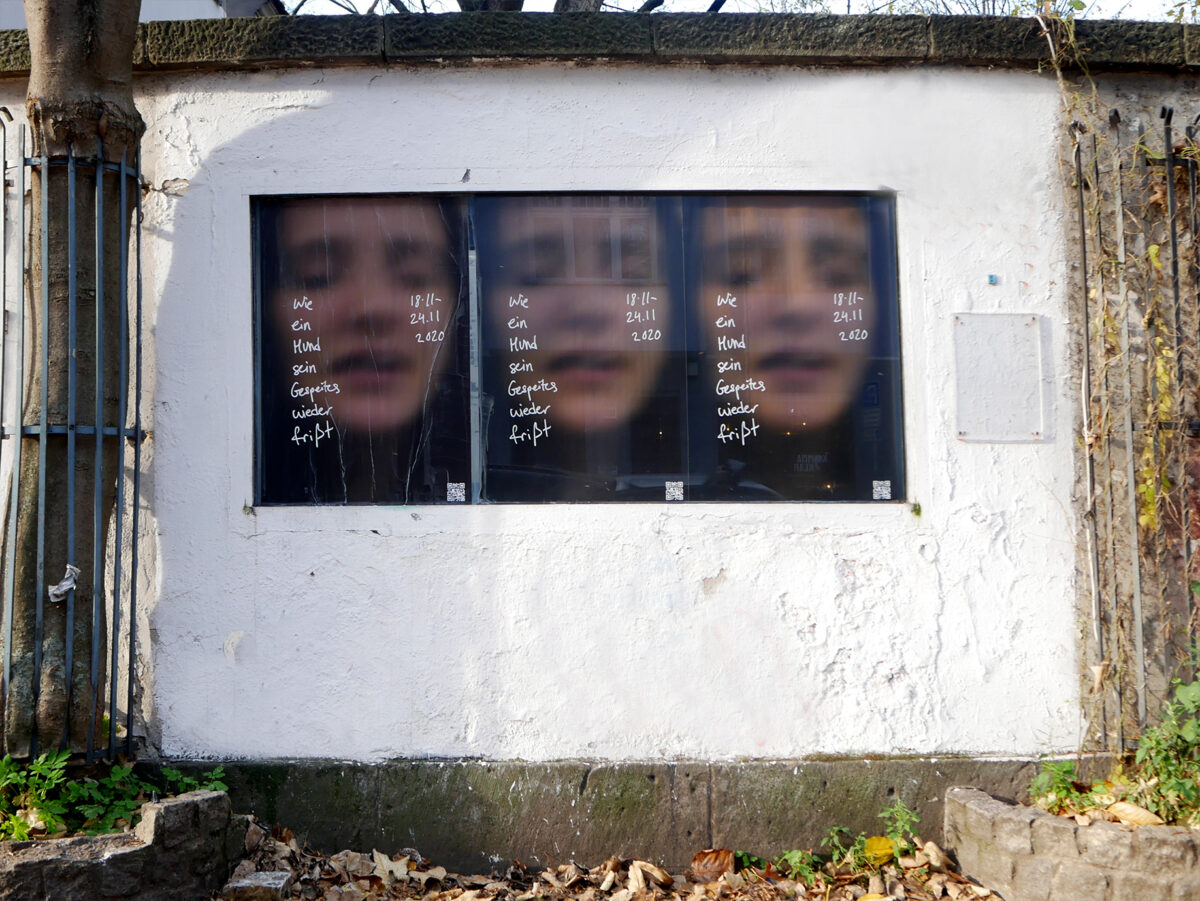 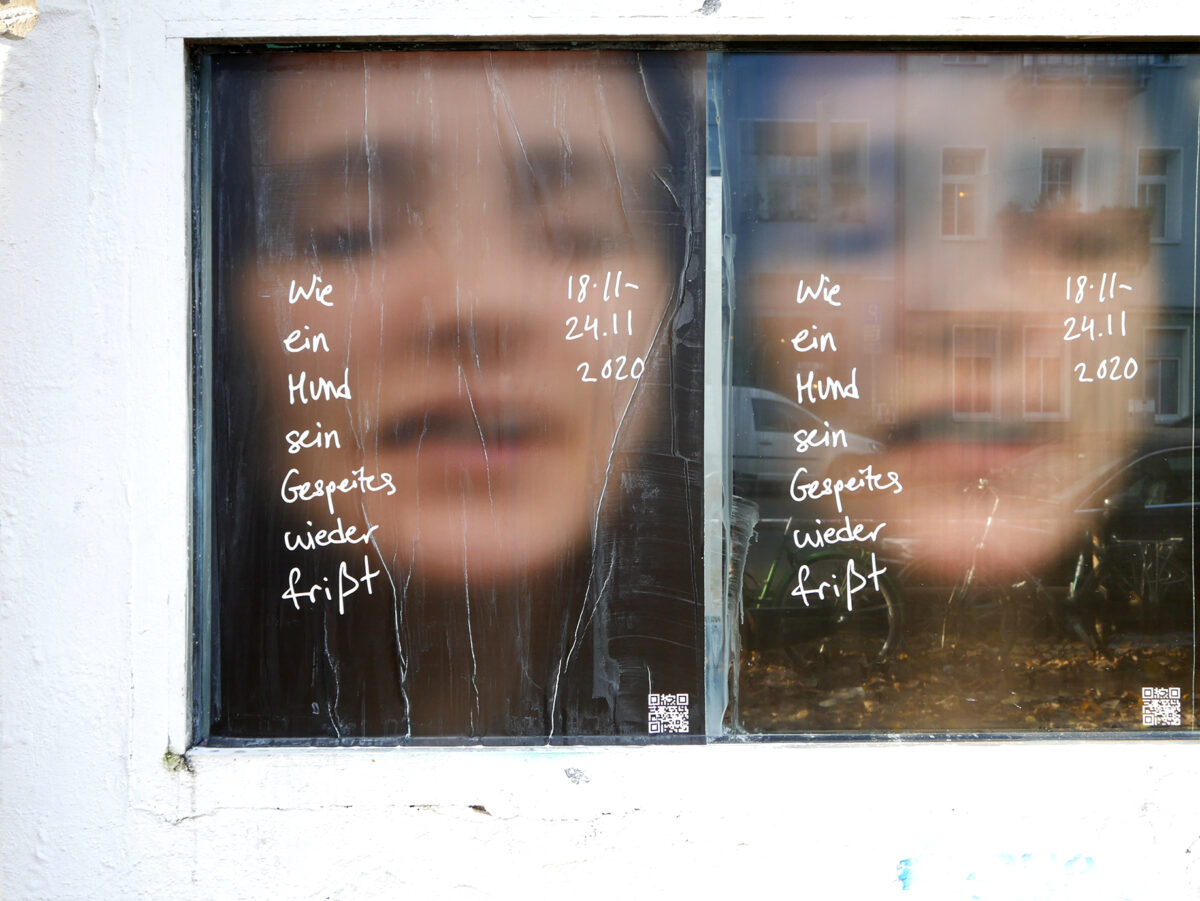 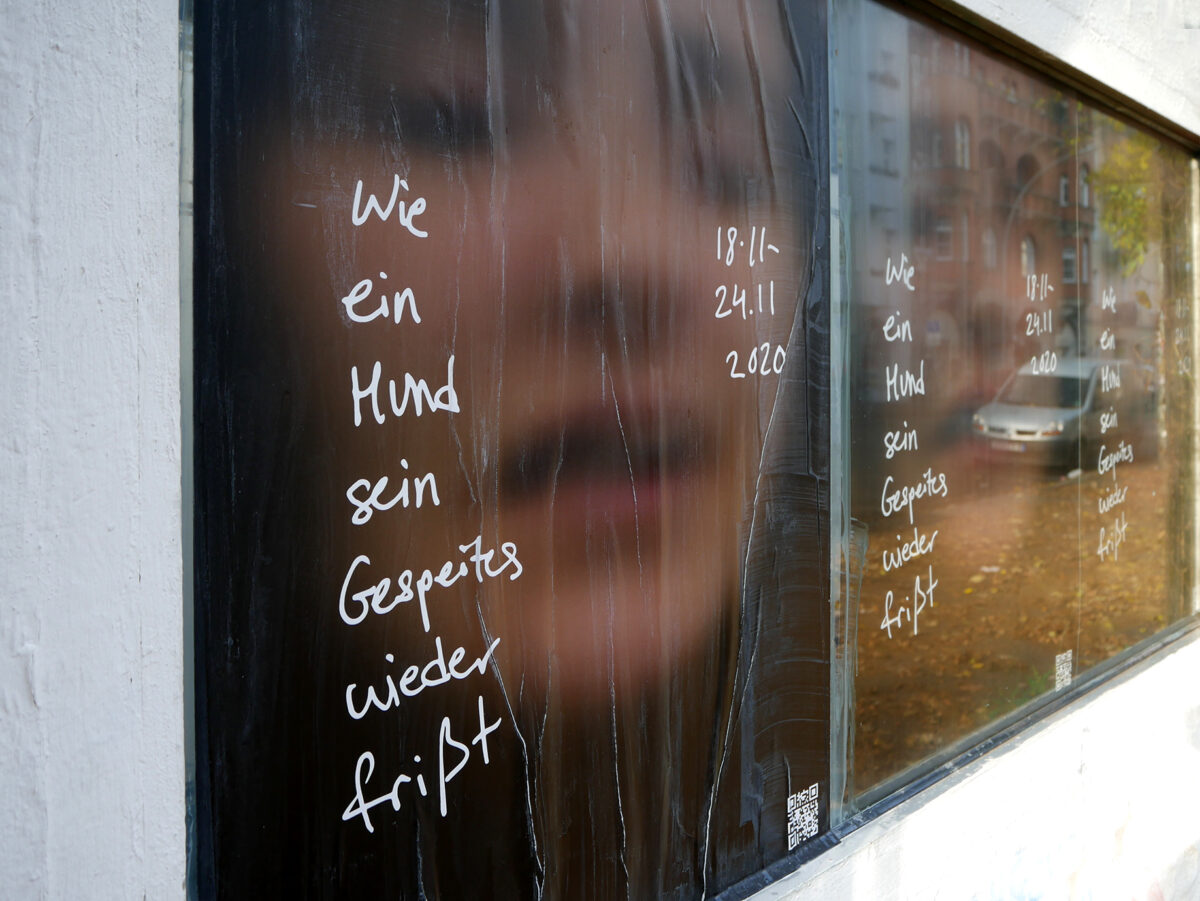 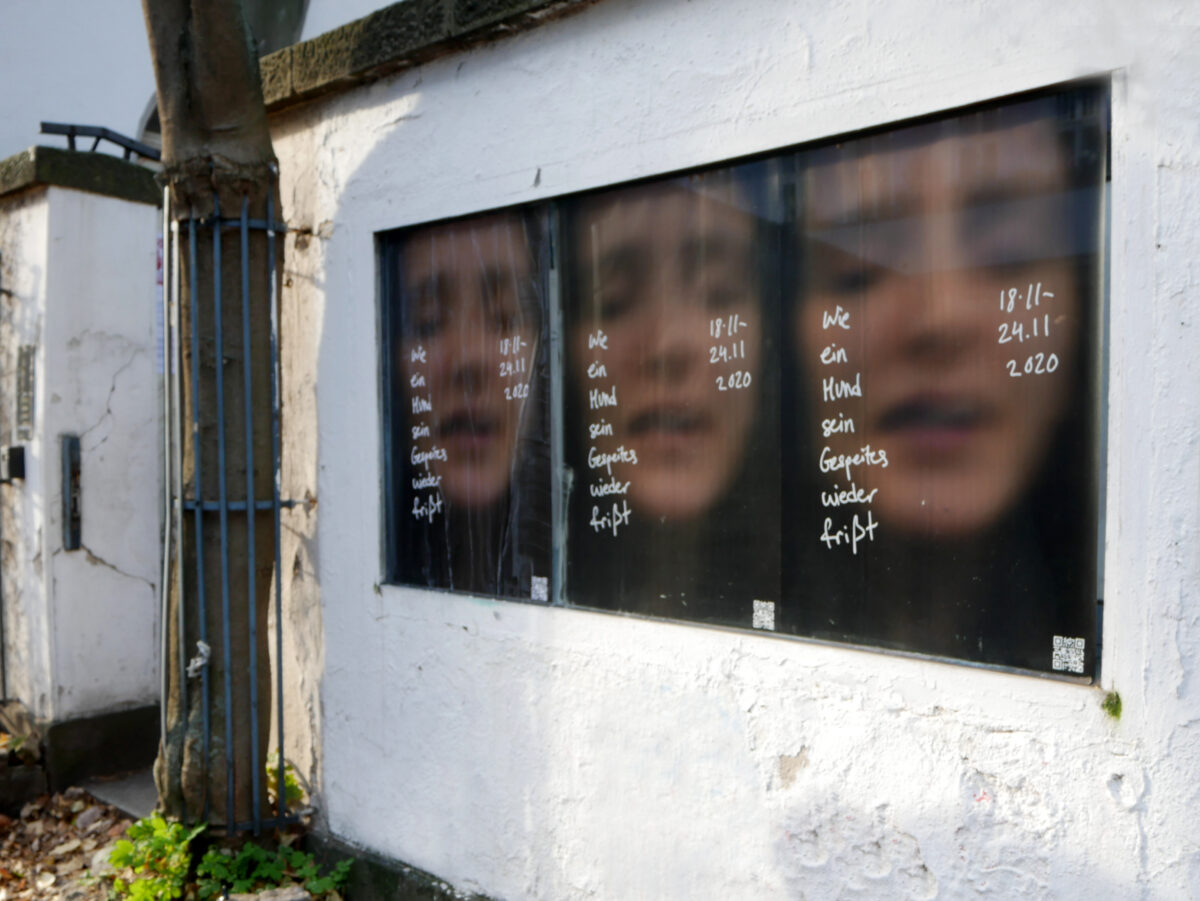 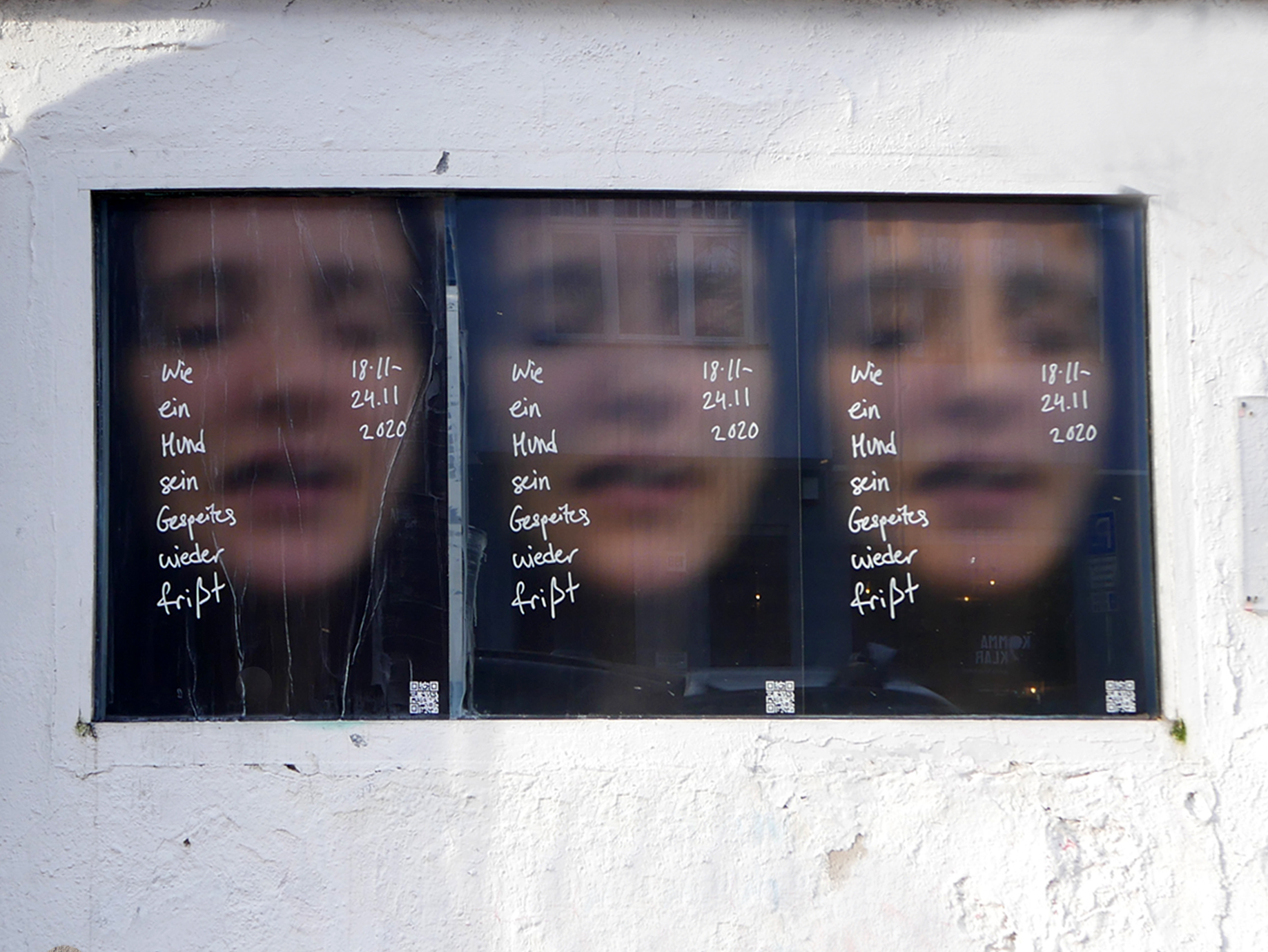