Can personal work be considered a unitary body? Fragments and micro-events carry the power and energy of work. Holding on to past works and their theoretical value can bring to repetition without difference, minimising the potential of the work itself. Memory represents a fundamental theme in my work, that is not to be confused with tradition that universally tends to forget tiny events and detailed qualities.

Recently I’ve been questioning painting and its space, trying to bring flat images to attack the environment in which they live, by changing their physical and chemical nature. At the same time, I attempt to reach a severe distance by remaining paradoxically tied to the criteria and tradition of old painting. I’m exploring this paradox through painting,with painting to reach painting. Questioning the nature of painting itself changes my work every time, giving me the chance to explore new medias and the different perceptions an image gives me. Consequentially, my relationship with space began to change, becoming irredeemably tied to the pictorial dimension gaining as much as importance. Thus, I began orientating my paintings towards their bond with space, firmly believing in the power of the image and its possibility of becoming a spatial, non-statuesque phenomenon. These paintings are then structured in an environment, mostly following the spatial dispositions I find in old paintings, especially from works done by renaissance masters for their fascinating use of perspective and for their installation-wise importance.

This recent personal approach towards the past allows me to find installation criteria valuable to my work. My behaviour towards, and my perception of, images changed drastically after reading Pierre Klossowski’s novel Le Baphomet, in which spaces and bodies are “visited” by people that have abandoned their physical nature for an ethereal state. This allows them to live in every era and every space they desire without getting stuck in enclosed environments. To me, this piece of literature functioned as a working method.

GlogauAIR resident from July 2019 to September 2019

What I would like to do, during my stay, is to complete a theoretically never-ending visual story. For this visual story, I intend to build aerial images that can contain (in or around themselves) some narrative text. By never-ending story, I mean that I’m going to keep on writing and designing the story until my time at the residency is over. Words and pictures may change depending on the environment I’m in, in this case the residency, but the guidelines will remain the same: I will start from these and create around them some sketched narratives and images. The number of pieces produced will vary on how much time and text there is and it will be expressed mainly with paintings immersed in the space surrounding the studio. I will manipulate chemically and physically the nature of these images depending on the meaning and energy of the text itself, pictures will occupy different heights and spaces with increasing measures or lowering ones and text will sometimes alter the image. Text will be presented through different medias: it could be written, audio or even video.

My main focus, regarding the pictorial dimension, will be playing with the transparency of images and their behaviour in space. The transparency effect will be obtained by treating surfaces and materials with oil and other lubricants, then mixed with oil colours, depending on the needs of the story and image. The media on which I will elaborate these pictorial compositions will be mainly canvases and different types of paper (e.g. glossy paper, letterpress print paper, rice paper etc.) depending on their response to the lubricants and their weight. All of the images and their architectural structure (if needed) will be produced in situ, allowing the studio environment to establish the natural conditions of their dimension.

Architecturally, I intend that the space will be occupied by the images that will be supported by a structure of varying size and material depending on their place in the studio (height, weight and dimension). When I build these spatial images I usually rely on objects of everyday use which I then manipulate and decontextualise. I would like to carry on my work using wooden pegs and fishing nets as a medium to perceive space and form in a different way. The specific function and nature of these materials allows me to research even more deeply painting’s nature and space.

The text will be started and non-ended during the stay too. The story will rotate around the existence of a little seed, that grows and outgrows its environment every time, always researching new places where to live.

The nature of this project is research. Research on what is spoken and written language and how, nowadays more often, written has become oral, due to the evolution being mainly synthesis orientated. By elaborating a story I wish to deepen my relationship between text and image, bringing it to places that change its perception and nature. To be more precise, I want to push narrative boundaries to act differently, to explore language and text through mediums and spaces they don’t usually inhabit.

Concerning the images I will produce, my drive runs parallel to the narrative part. I want to research and explore image and its effectiveness through manipulation, by changing the structure and essence of few materials (as stated before in the proposal).

This project could give me the chance to investigate the nature of, and relationship between, narration and image, questioning them both at the same time. 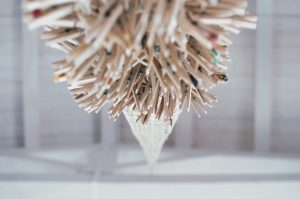 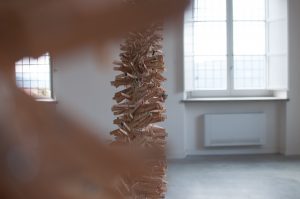 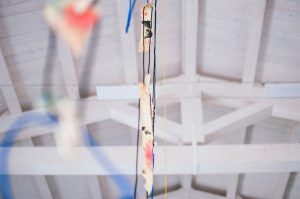 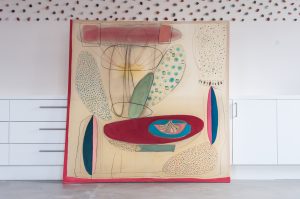 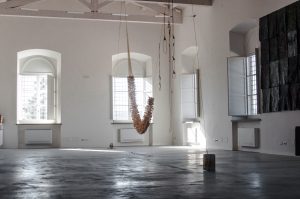 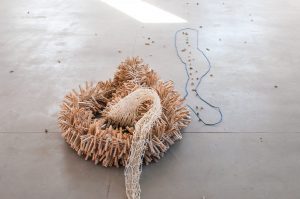 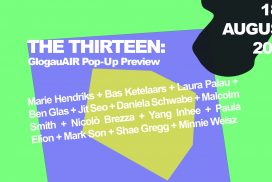