My work is concerned with the private and intimate lives of others, and our obsession and fascination with the documentation of them. I am guided by the theoretical discourses of reality television and documentary practices, and often takes these forms as a starting point. I am interested in the impact that the media has on these relationships and how they are portrayed.

Working predominantly in video, installation and occasionally, live performance, my work is critical of the documentation of the intimate lives of others, and of the subsequent voyeurism. Often twisting actions that have been performed in the past, I address the staging and manipulation inherent in the representation of a real subject, and the subsequent loss of control of one’s own likeness when represented on television or in documentary film. I address the impact that the constructed situation has upon these social relationships, and explore the power dynamics between director or artist and actor, participant or contestant by drawing attention to the often-constructed situation.

For my potential residency at GlogauAIR I will continue to work on my current project, which aims to create abstract and alternative responses to the phenomenon of romance reality television and the fascination that many of us share with the intimate lives of others. I aim to highlight the excluded members of society and critique the expected norms for both women and men proposed by this genre. I will critique the form that intimacy takes when documented for television by using abstracted forms of the genres of reality television and documentary practices. Some possible ideas to use as a starting point: – Work with one of the improv acting schools in Berlin such as Die Gorillas to set up a live date performance (or series of live date performances) with two improv actors playing the two daters. – A video project where I follow two people on a ﬁrst date with a GoPro camera strapped to my head (potentially actors, potentially non-actors on a real date). – Strap GoPro’s to the heads of two people on a ﬁrst date (potentially actors, potentially non-actors on a real date). – Work on a series of scripted reality television episodes, twisting the relationship between fact and ﬁction in reality television and documentary I will draw inspiration from the popular television show The Bachelor/ette (which is a new phenomenon in Australia) and conduct further research into shows which have responded to and critiqued The Bachelor/ette (whether intentional or not) in terms of mutual choice, vanity and ideas of masculinity and femininity such as Adam Zkt. Eva, a show from The Netherlands that was recently aired in Germany. The work that I create throughout the residency may seem abstract and far removed from my sources of inspiration acting only to distance my work critically from romance reality television. I hope to use the other artists participating in the residency as participants and potential collaborators. My project so far has eliminated the inherent competition of romance reality television such as The Bachelor/ette and instead focuses on the ﬁrst date itself and the absurd act of ﬁlming it. It creates a self-reﬂexive environment for viewers of the date, mirroring viewers of reality television. I will explore several manifestations of installation for the work, aiming to create an immersive and self-reﬂexive environment in which to display the work. 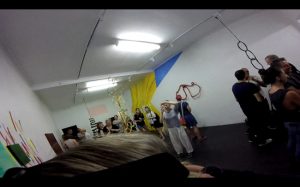 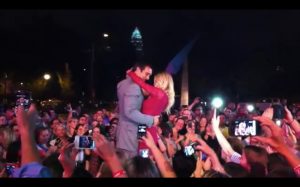 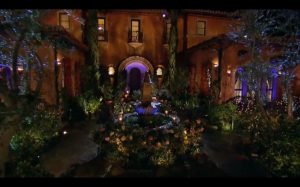 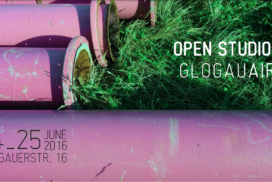 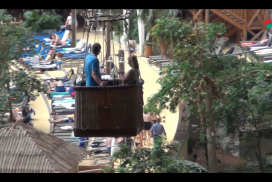