Copy the city, copius is abundance, abundance is the city.

FACSIMILES is aesthetic research that explores and documents the architectural landscapes of different cities and places based on new technologies, mediums, and image processing techniques. This project started 3 years ago registering my hometown, Bogota, using photogrammetry, laser scans, and some volumetric video experiments. The idea behind the work has to do with the need to re-create and re-define reality, our world, and human stories through complex digital techniques.

Through history, the search for representation has been the biggest motivation of the artist. Representing the reality around us, the animals, the hassles of daily life, our cities and its stories have been for centuries art’s purest goal. But then more than a century ago photography appears in humans history, a precise, perfect and unbeatable image than any other previous artistic approach. Then the artist is forced to find other paths, search paths, not representation paths but reinterpretations ones. Impresionsts decide to paint the scenes not from the reference images but from the sensations produced by the light and colors to capture those ephemeral moments.

FACSIMILES first stage has to do with understanding, recognize and ignore the city through Guy Debord`s drift theory. I plan to wander around the city such as the situational did in the mid 20’s “ Wander through urban laberinths searching for subversives desires” understanding the idea of disorientation and being lost as an important part of the investigation process. The drift process lets us understand the relationships between man and his surrounding, being the city human`s most complex construction. The city is considered to be an artwork that never ceases its construction and development, its in constant change. Citizens are invited to build, transform, collect and reinterpret the elements that make the city. New spaces are build and spaces for collective memories appear, the city is alive. For one of the most famous Colombian architects Rogelio Salmona, the city is a creation that has as the essence the public space, space where citizens interact, they relate. More than only streets and buildings they are a group of places with stories that haven’t been told, there is no city without citizens. The city is a device that collects stories, memories, and emotions.

The project will have 5 production stages:
1. Investigation ( New York architecture and technical developments)
2. Preproduction ( scouting locations and equipment experiments)
3. Production ( Film and scan the city and the characters)
4. Post-production ( process the images and build the final works)
5. Production stage 2 and exhibition ( build/produce the works and exhibit)

Digital images go hand by hand with many digital fabrication techniques and mediums. My past works en up in various media that range from large scale prints, interactive projections or installations, VR and AR experiences, but I’m pretty sure that Berlin’s own vanguard scene will make the project go one big step further in exploring many other mediums.

Alvaro Rodriguez Badel is an artist and film producer based in Bogotá working between the arts and film industry. On one hand, he works with digital mediums standing between the arts and technology intersection. Five years ago he founded +Play, a creative technologists studio, and has been working for more than five years with emerging technologies, such as virtual and augmented realities, as well as installations and works of art that include light and interaction.

Alvaro’s interactive installations, artworks, projections, full-dome experiences have been showcased in plenty of festivals and galleries in Colombia. His work is underlined by the ideas of algorithmic art, while one of his favorite artists is Sol Lewitt and his idea of art being made by commands or instructions, ultimately art that depends on ideas more than a perfection of a craft or a technique but more of an invitations to understand a dialogue or a conversation.

His work since college has to do with the relationship and the techniques that are born while working with new mediums, how the essence of the image changes when it is digital, when you get immersed in them, when they evolve over time or when you can interact with art.

On the other hand, he loves to work with what we understand as the real world, with humanity and nature. Landscape and the understanding of nature and its systems have always been a conceptual ground to start projects. He also works with film, since he is a documentary filmmaker and director of “Modelo Estereo” a feature documentary film that has screened festivals in France as well as the Colombian film festival in New York. At the same time, he is also working on a second documentary film called “Seventy Two”. This type of work is related to his whole background since the film is for he an art that uses time and technologies at its purest state. Finally, he always try to do personal projects while working on commercial content, in order to be able to pay his bills.

STUDIES
2015 University of the Andes. Graduate Media and arts studies.

2018
Bogota Colombia, One million Fair. Portions of the terrytory 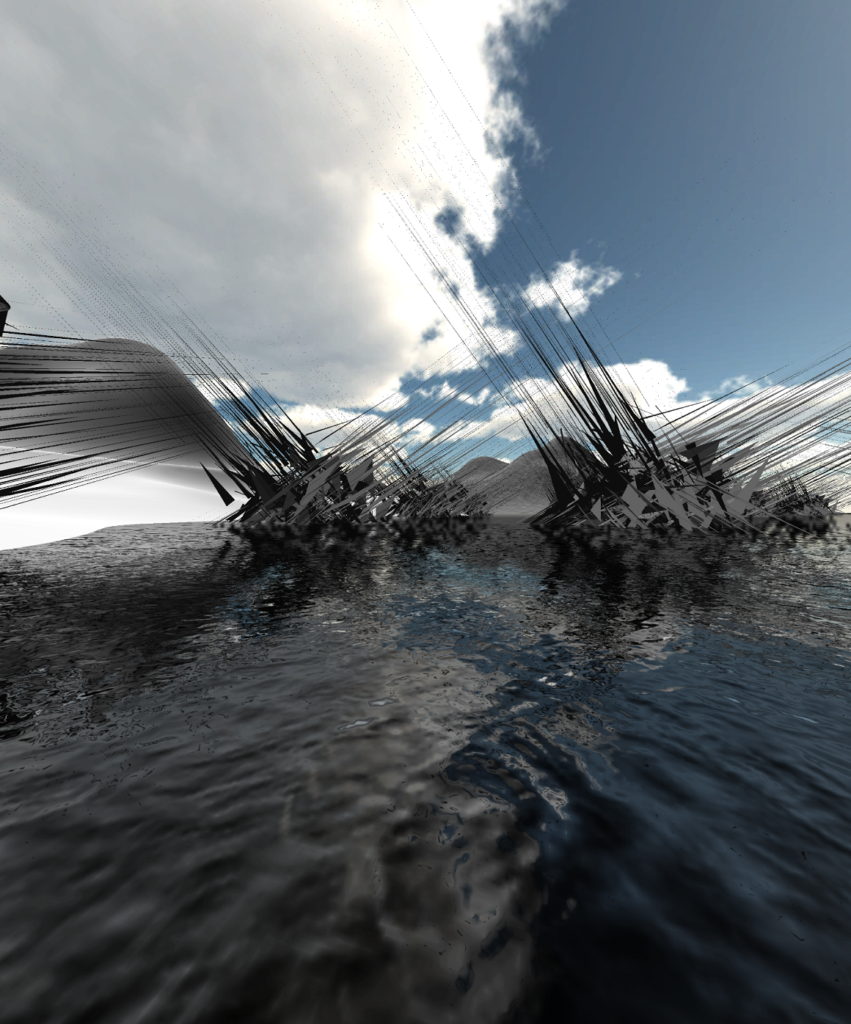 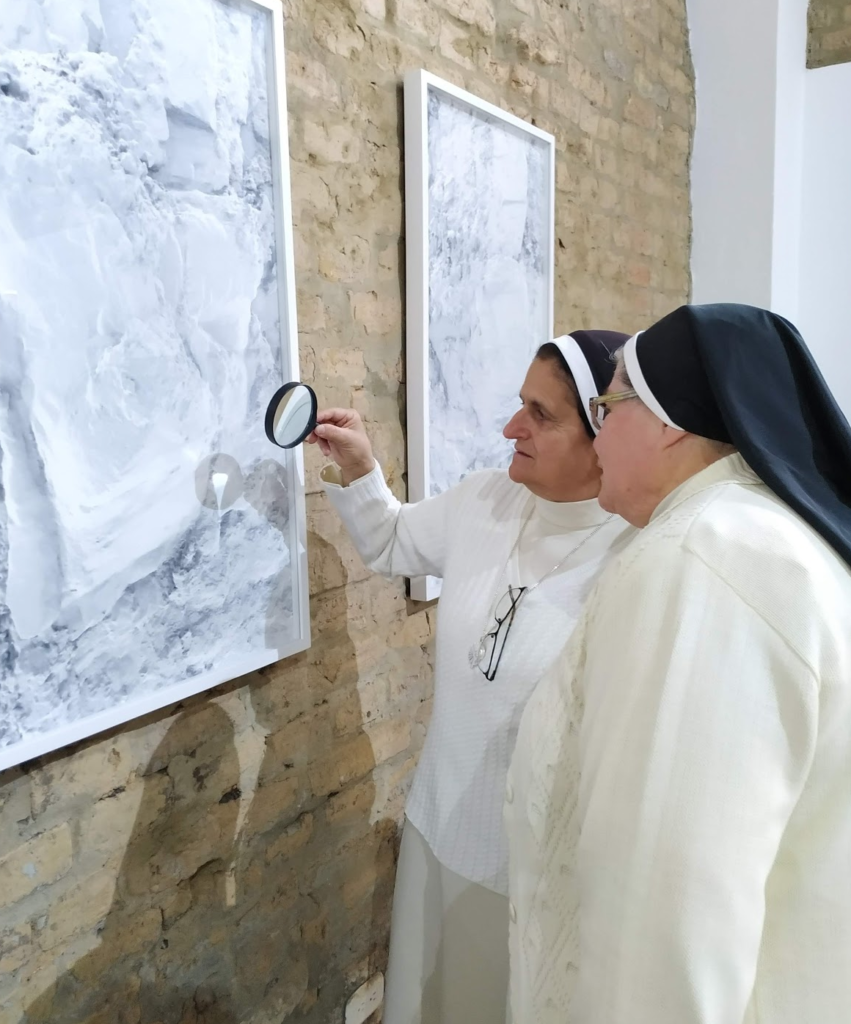 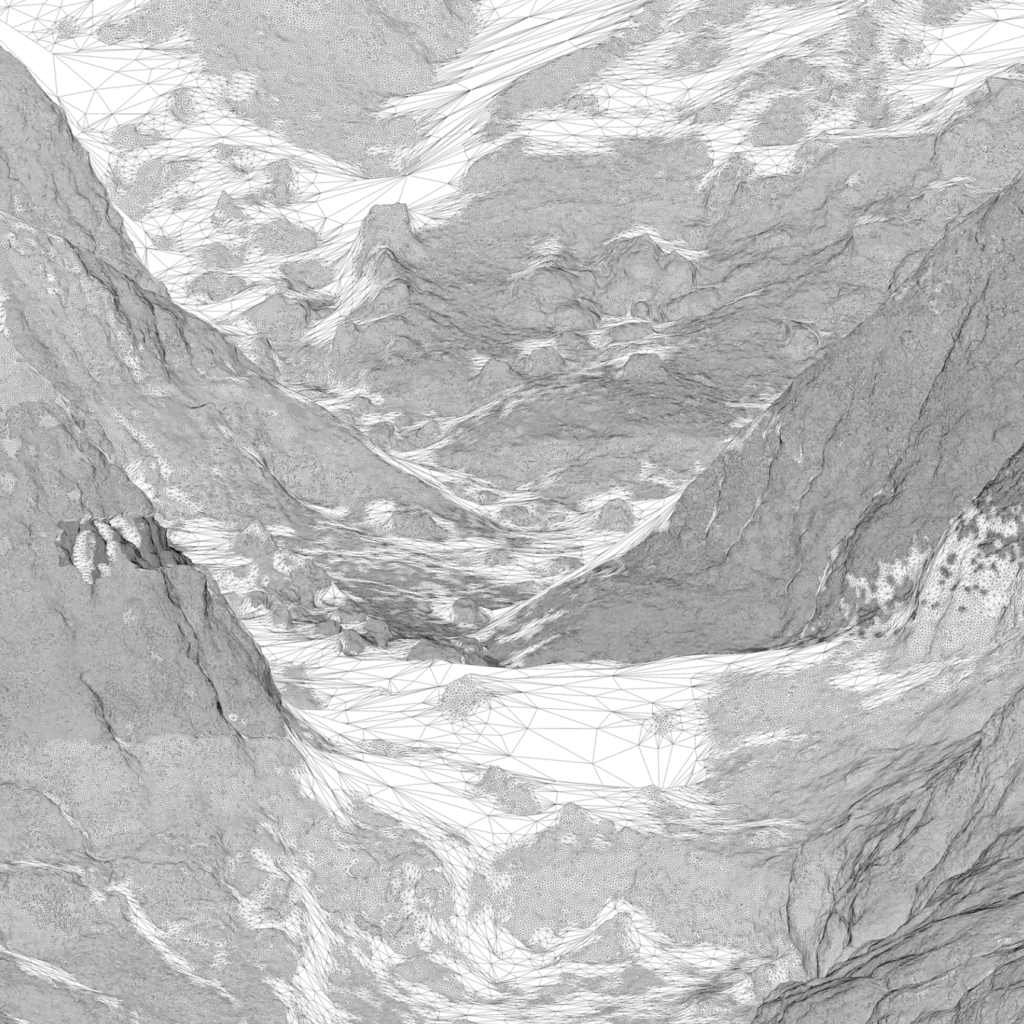 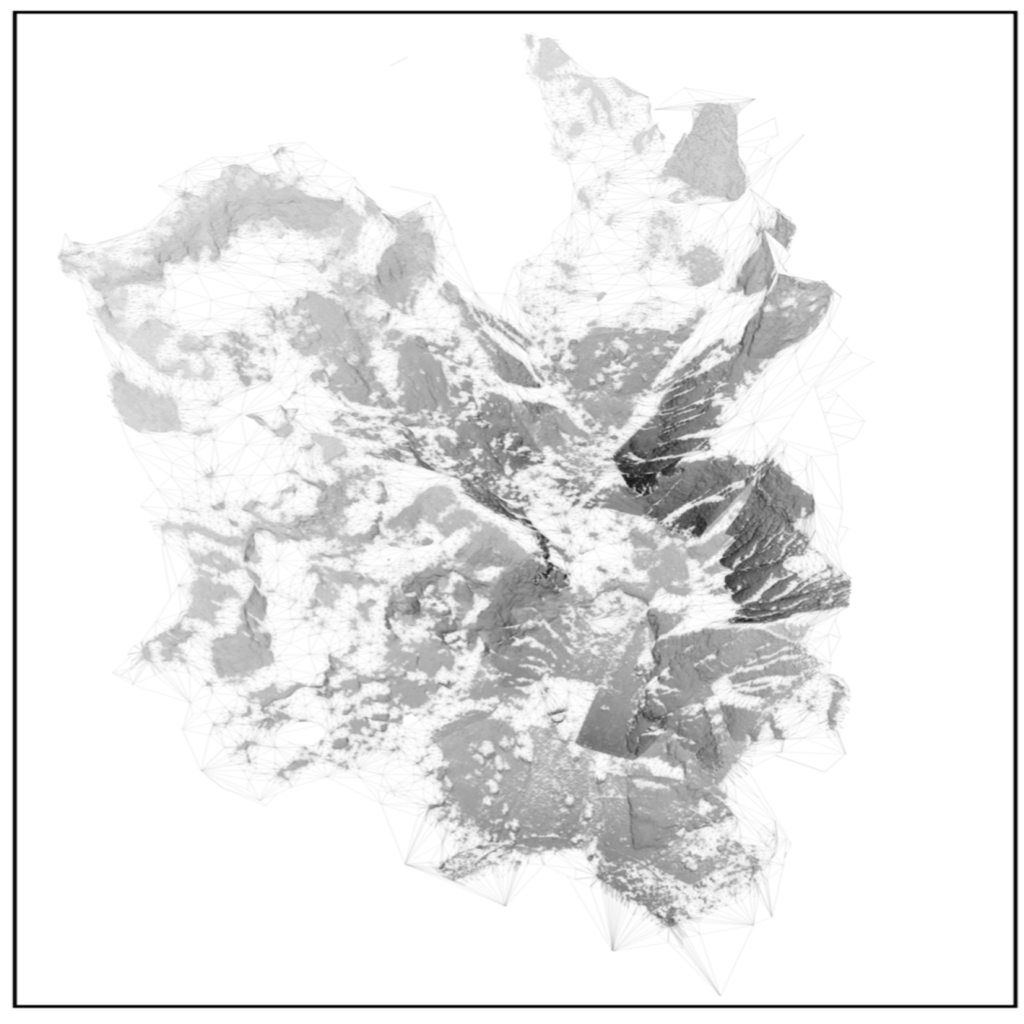 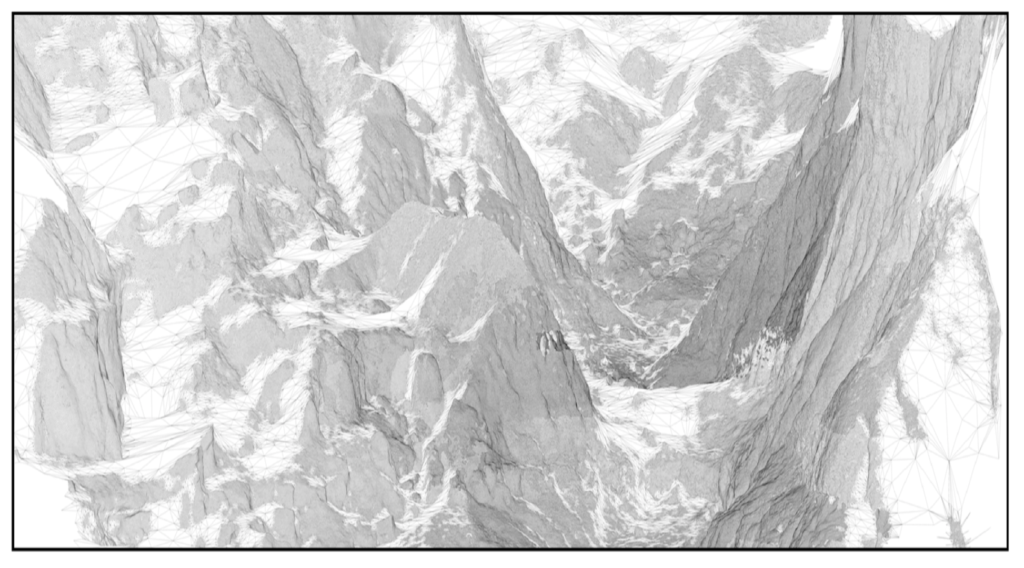 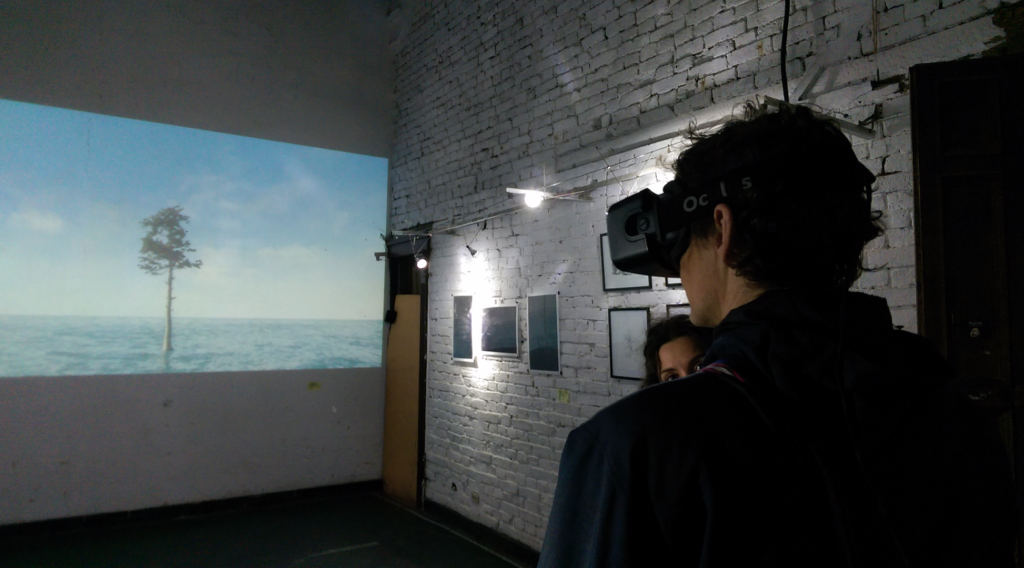 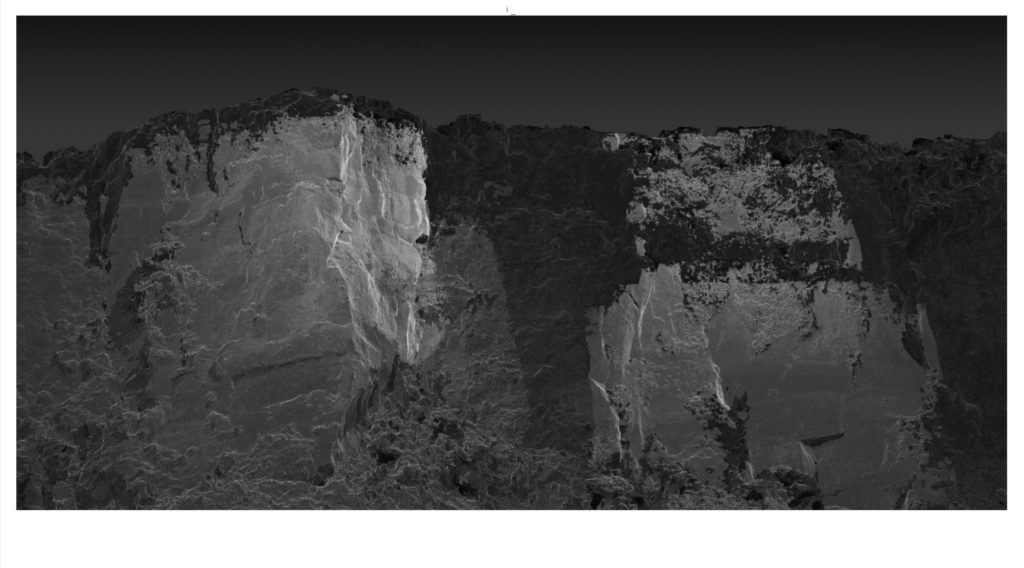