Álvaro Rodríguez Badel is a media artist from Bogotá – Colombia, a country he has been discovering and has influenced his work due to its biodiversity and magic. He creates all his works underlined by the idea of representing nature through digital mediums and exploring how logical or computing processes understand the world around us. How does technology perceive or represent nature? Having a mostly self-taught understanding of computer softwares, 3d scanning and photography  Rodríguez Badel ends up exploring new ways of representing the world and perceiving nature through the eyes of technology.

While in GlogauAIR’s residency he will be working on a project that proposes a look at the Amazon forest through a series of 3D scans made with photogrammetry, a technique recently developed for the video game industry. Photogrammetry is a process by means of which through a series of photographs one gets a coordinate system of points in three dimensions that represent the position, dimensions and color of a physical object. This occurs after photographing the subject from different angles and as a result, a digital 3D model is obtained. It’s in this process where natural forms face a mathematical abstraction in which the computer represents nature. In other words, the data from the scans will be processed to generate a series of two-dimensional prints, pen plotter drawings and video works that will lead the public to perceive and relate to the Amazon in a new way.

The work exhibited in the showcase is the first print of the series he will be developing during his residency in GlogauAIR. 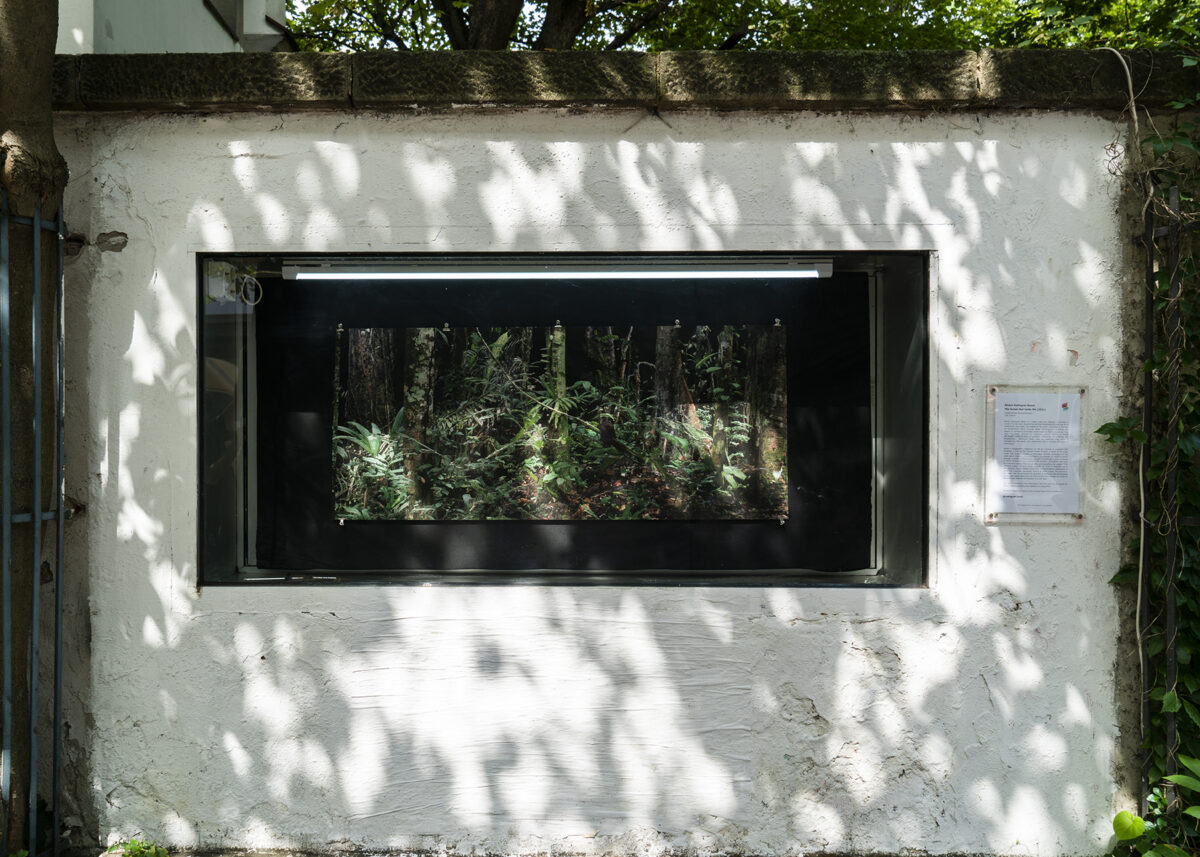 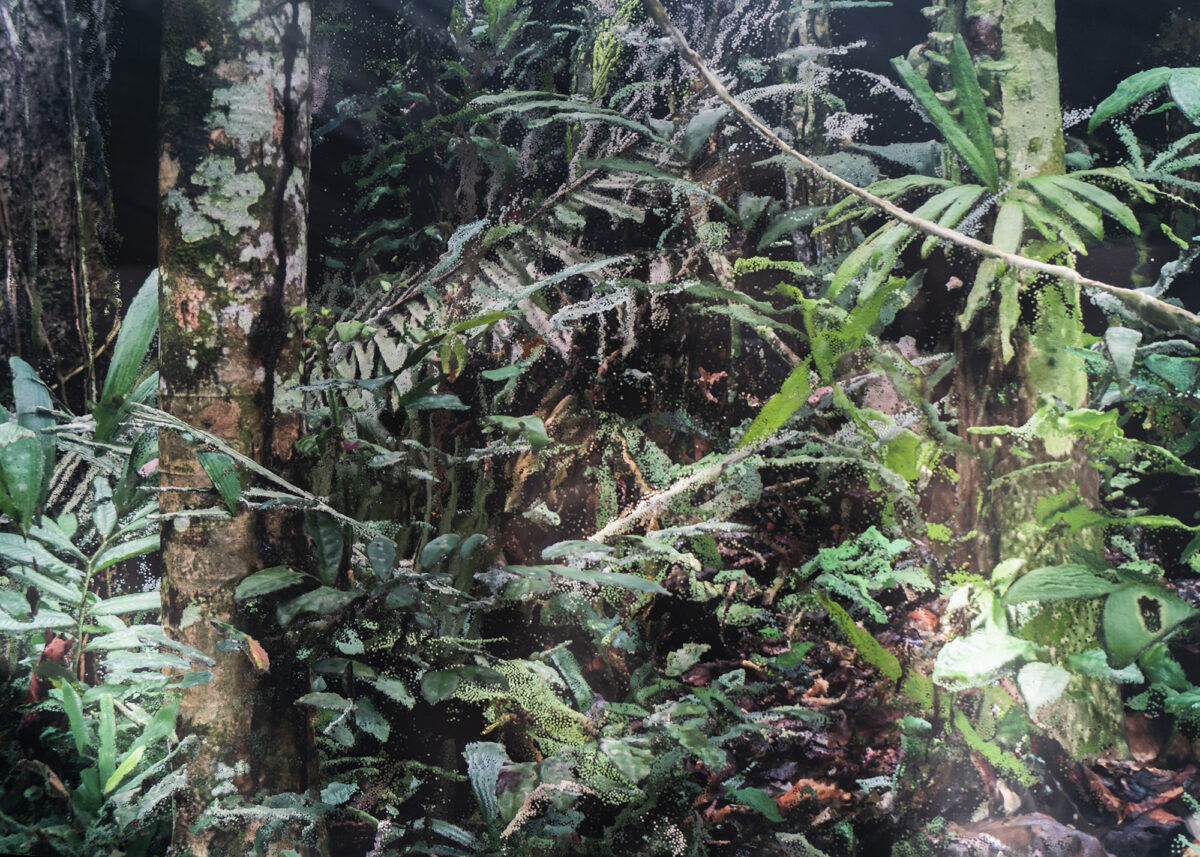 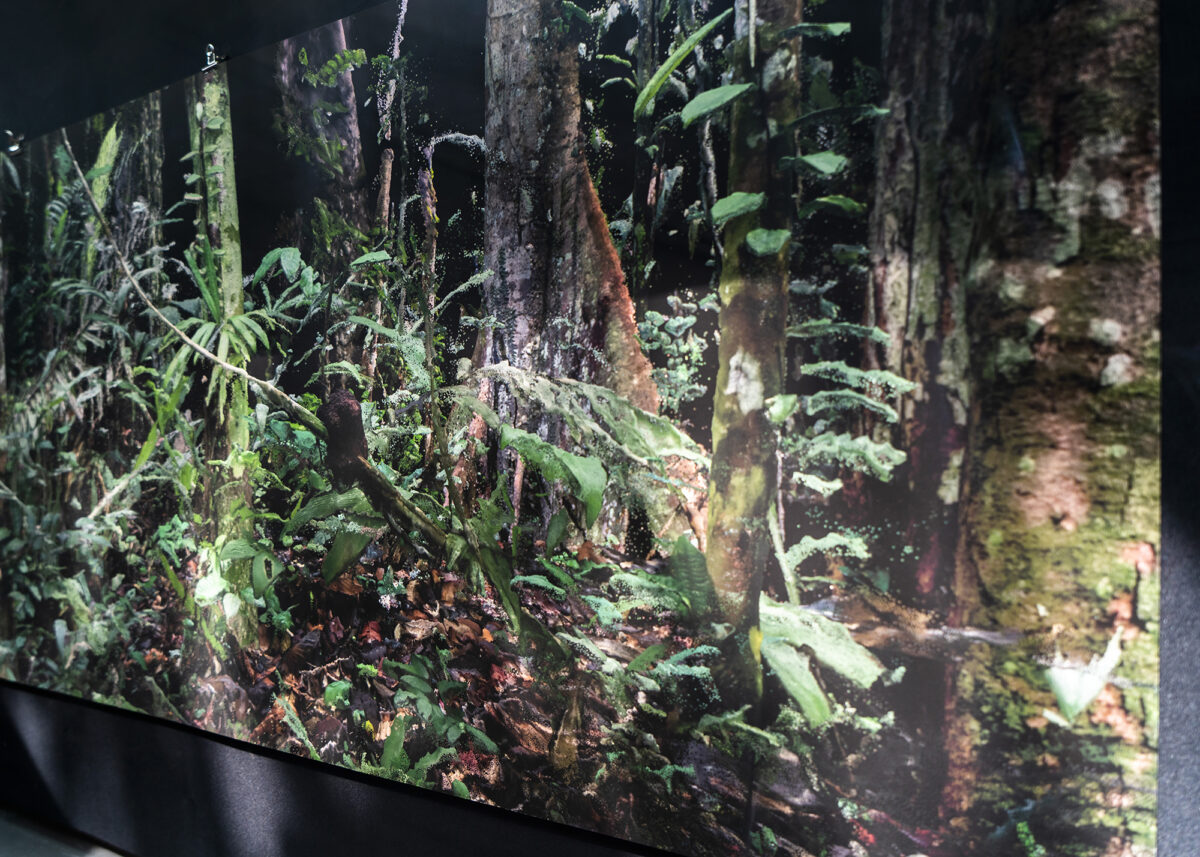 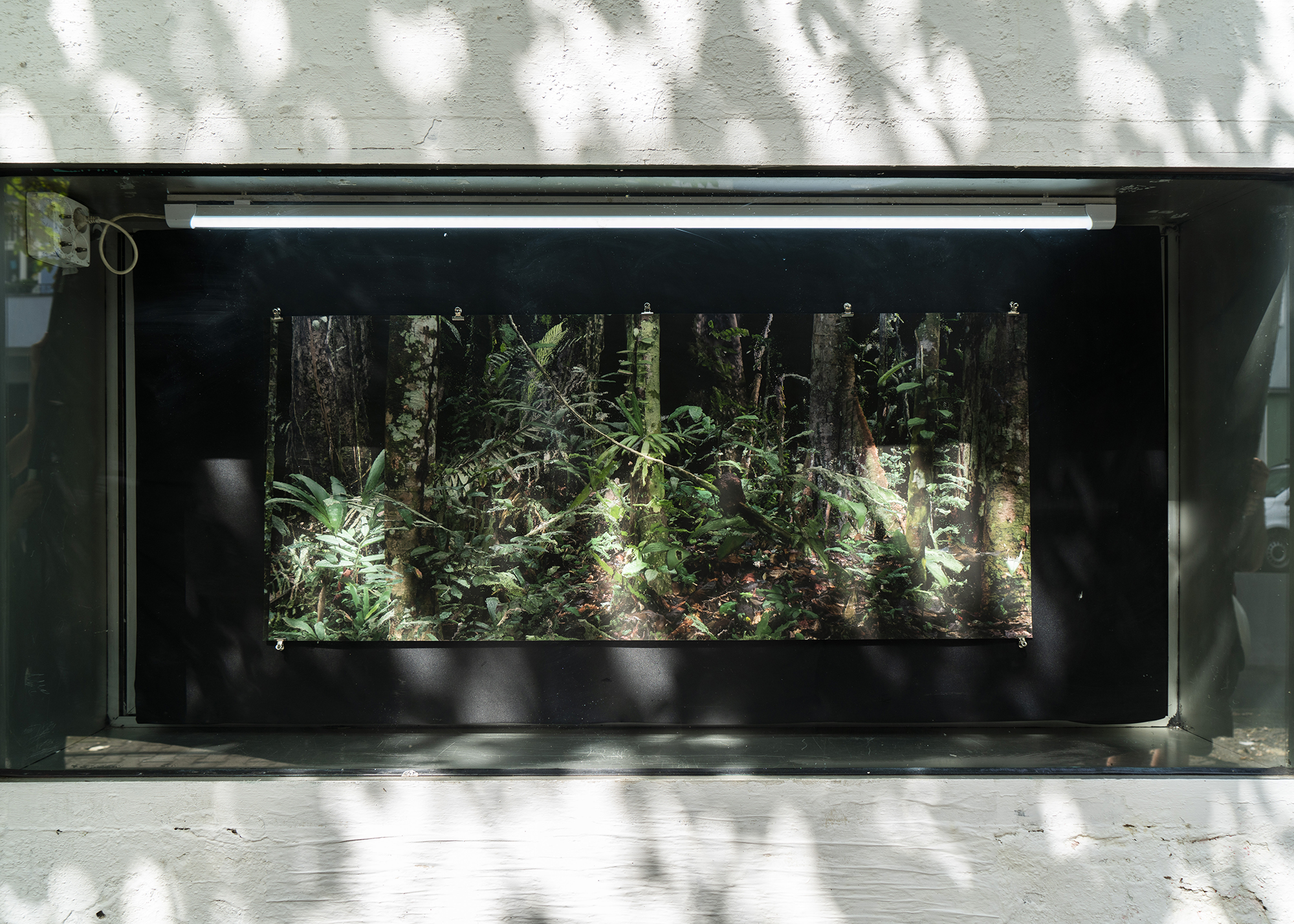