My work as a fiction-writer attempts to give legible shape to time, grief, desire, and dislocation. I grew up in Berkeley, California, in a family of women. One of my moms, Dawn, died when I was 19 from breast cancer that spread to her brain, becoming a presence of memory in our house, and I tried to trace the ephemera to its source. I wanted more than anything for the relationship to continue, and that meant for the knowing of my mom to continue past her death. I didn’t find answers, exactly, but I kept telling stories about what I did find, and what it could mean about me.

In turn, my characters often come from complicated families of women, where questions around biological family and gender are differently embodied than in a straight, heteronormative family. In my first novel, ‘Rosie’, the titular main character must confront what she didn’t know she didn’t know. The rules of physics appear to be different in her house: she attempts to stop time within her family, but speed it up when she passes over to the world of her friends. The sensual world does not stop for Rosie as one of her moms dies; it warps. I wrote in the first person present tense in an attempt to ground Rosie in a trap, forcing her to push against the limits of her own description. My next novel-in-progress puts the subjunctive in conflict with the indicative as a way to explore fantasy, obsession, and desire.

What I am most interested in is what my characters do and do not know about themselves—and how their own self-knowledge may come as a surprise. Learning can live in the head before it sinks into the body, or it can grow in the body like a malignant seed, impervious to a rational knowing. What might it feel like to write from the inside, to write of a sensation before it becomes a knowing?

My project is a novel-in-progress. The novel follows a young woman through a failed relationship that leads her to a job—an internship as part of a research trip to the Farallon Islands outside of San Francisco. The head researcher on the project is Rebecca’s ex-boyfriend’s father. What ostensibly starts as a choice of impulse turns into something concrete, and Rebecca is increasingly unable to avoid her body, a body which slips and slides between gender lines as she feels its weight on this new ground. A child of two moms, she is somewhat at odds with this all-male team on the islands—and not.

What follows is a relationship with the head researcher, a man named Michael, and a space between the imagined and the consummated. I hope to write into the tension between the subjunctive and the indicative, asking: Is she living in that indicative moment or in the subjunctive moment? At times, in this new and drastic place, the answer seems to be: she can’t not be there, in the indicative moment, because of where there is. At other points in the novel, she will have disguised herself, nearly successfully, in the imagination of what could be or what would have been.

I received my BA in Creative Writing from Columbia University in 2015, studying under Heidi Julavits, Justin Taylor, and Justin Torres. Since graduating, I have worked in the film industry in LA. I assisted screenwriter Eric Roth on projects including the feature films ‘DUNE’, from the classic Frank Herbert novel, and ‘Killers of the Flower Moon’, adapted from the David Grann book, as well as the television adaptation of Marlon James’ ‘A Brief History of Seven Killings’. I went on to work for playwright and director Marja-Lewis Ryan on the 2019 sequel to Showtime’s ‘The L Word’. I shadowed director Denis Villeneuve on the set of ‘DUNE’ on location in Budapest. I returned to ‘The L Word: Generation Q’ for the second season as writers’ assistant and co-writer of Episode 206. Around the work I did in film and television, I wrote my first novel, ‘Rosie’, which agent Julie Stevenson of Massie & McQuilkin put on submission to US publishers in March of 2020. 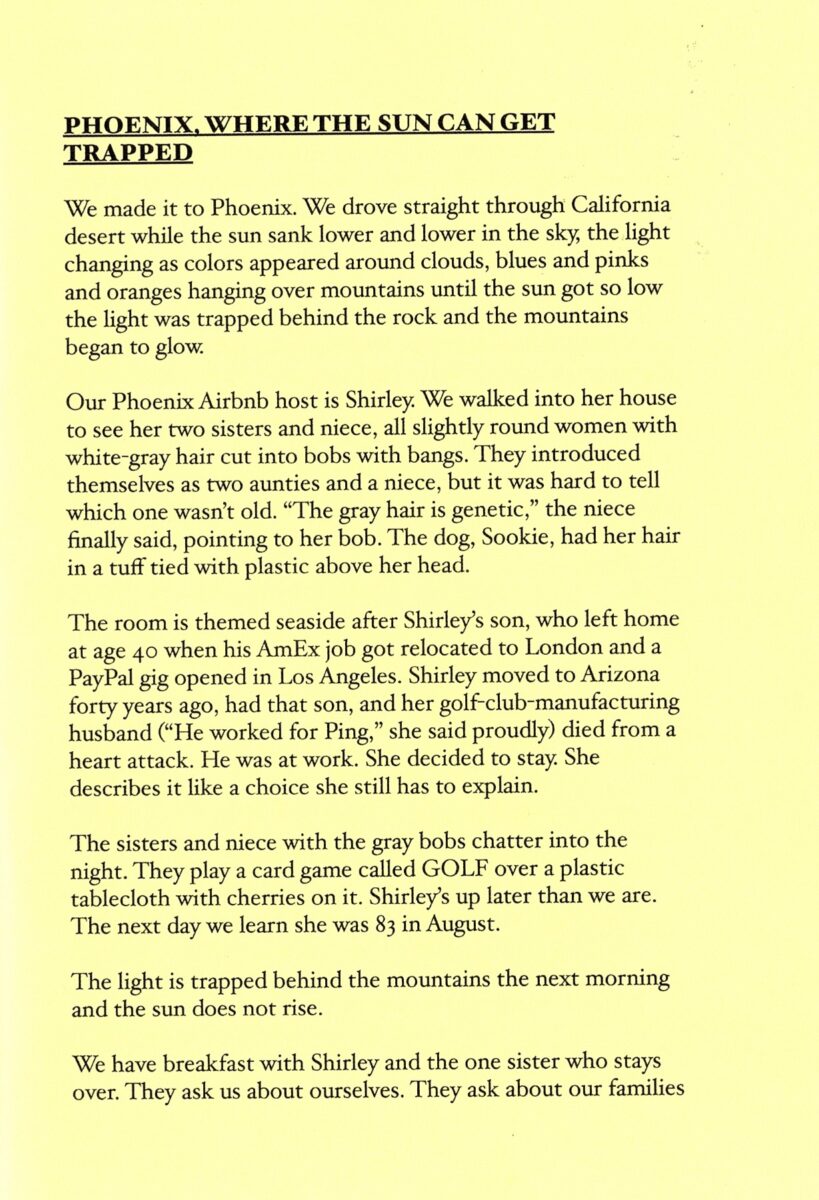 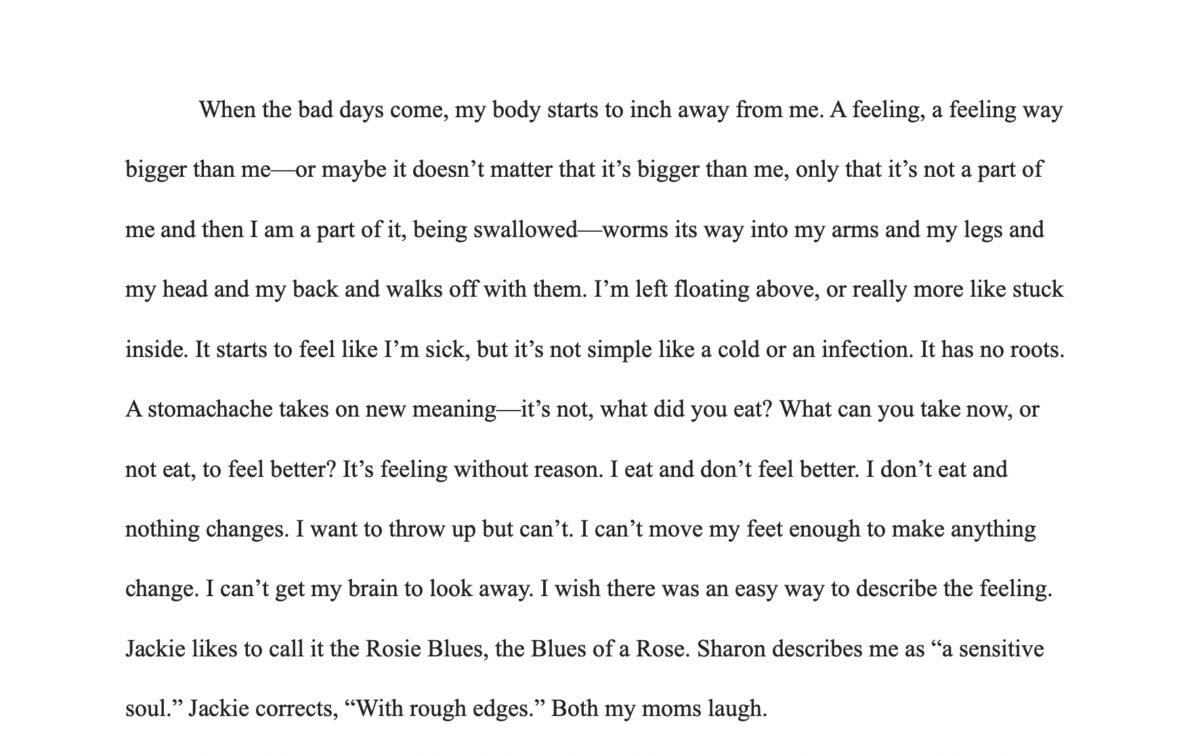 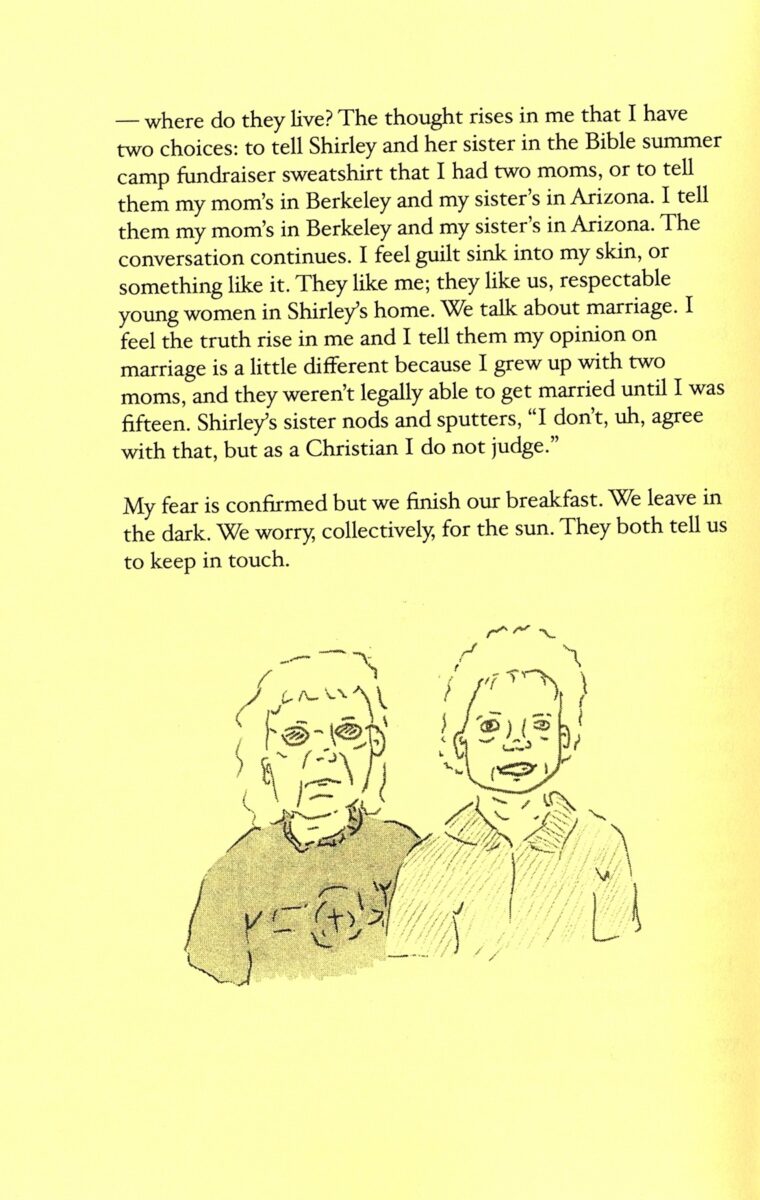 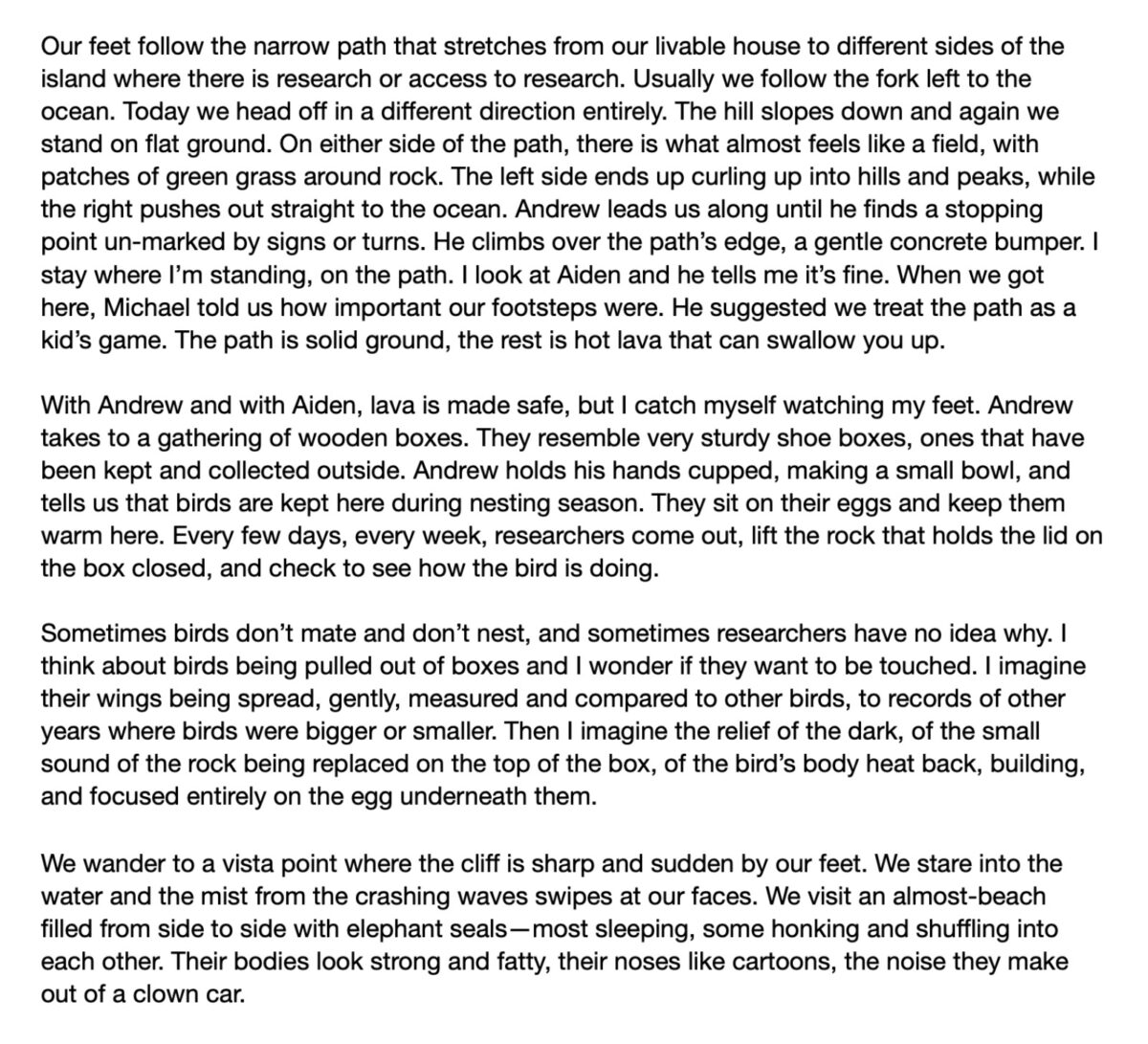 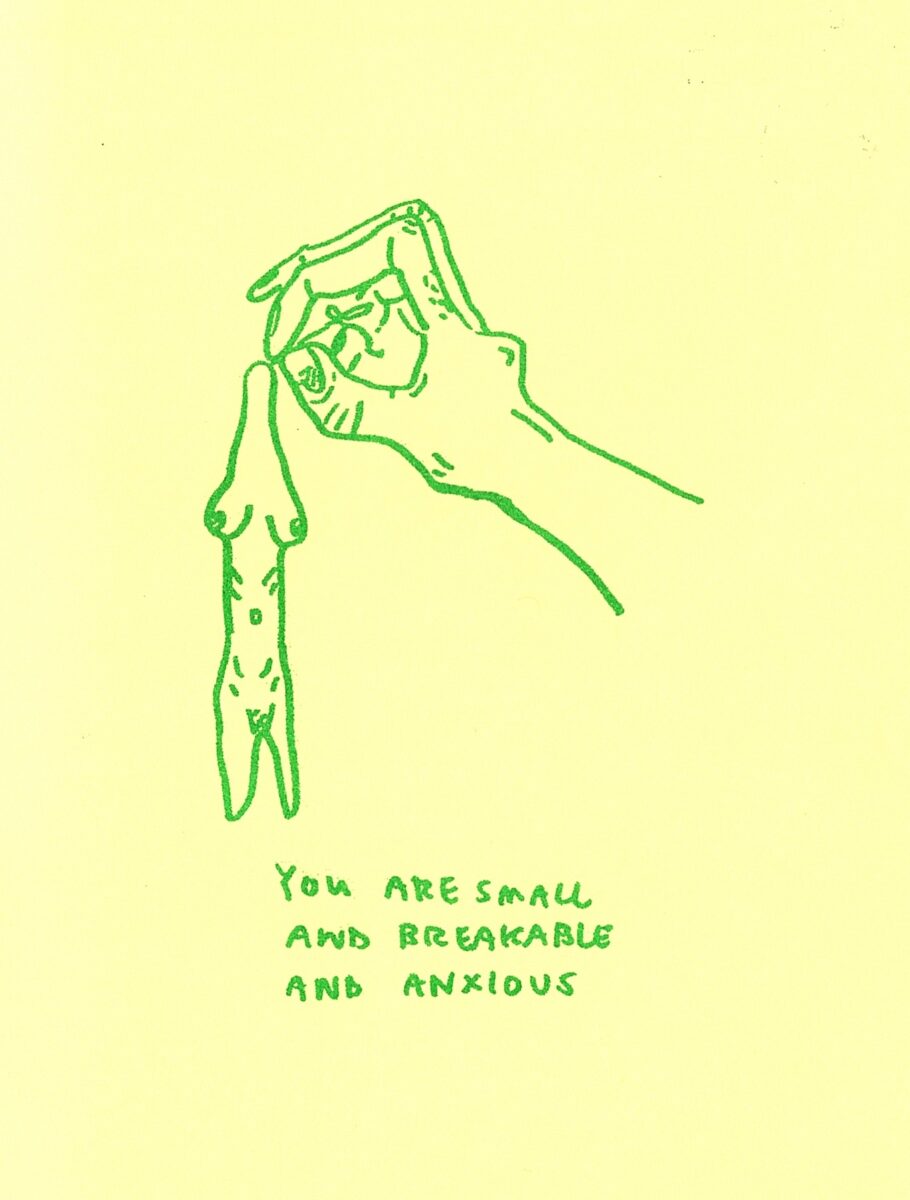 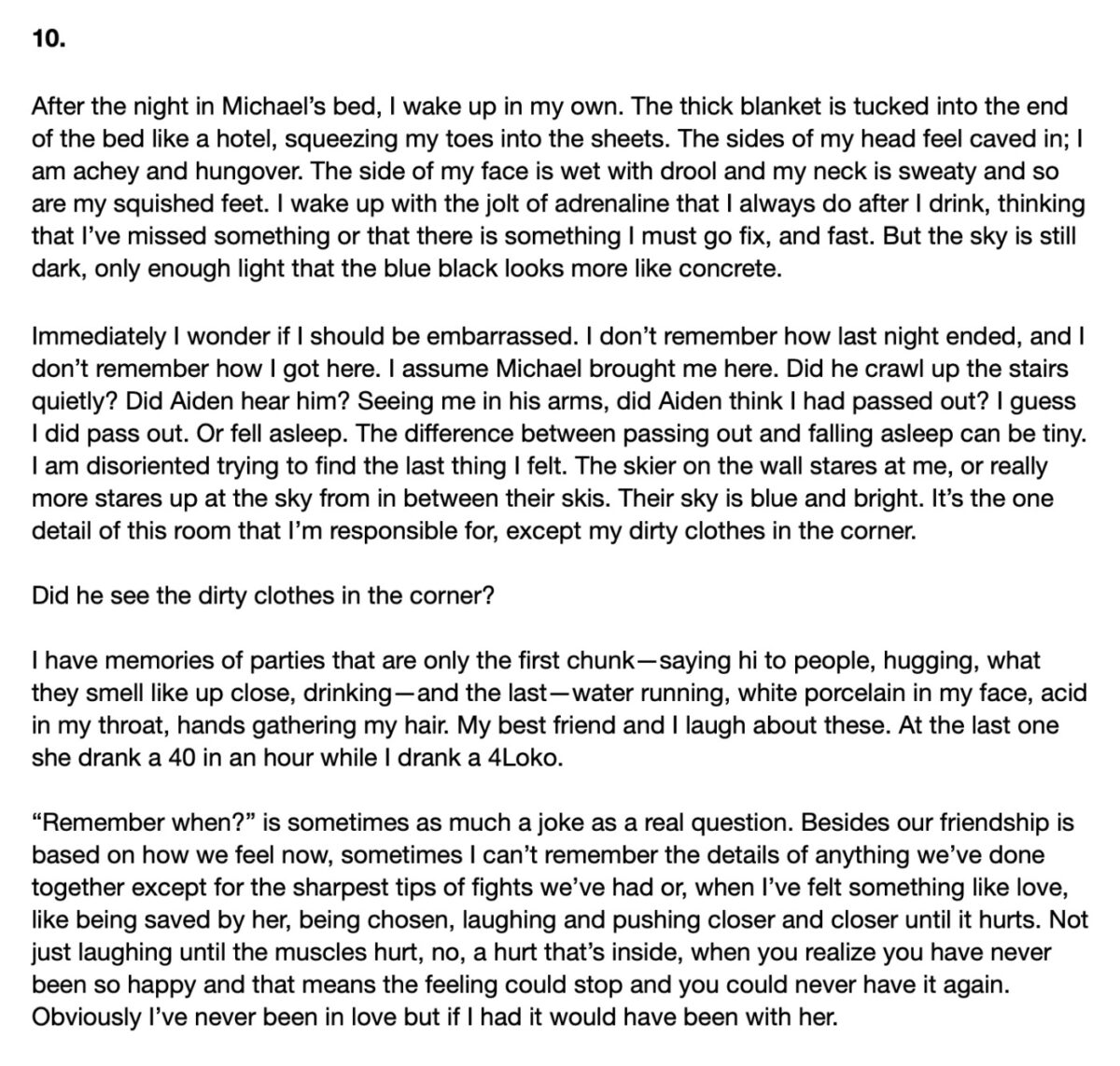 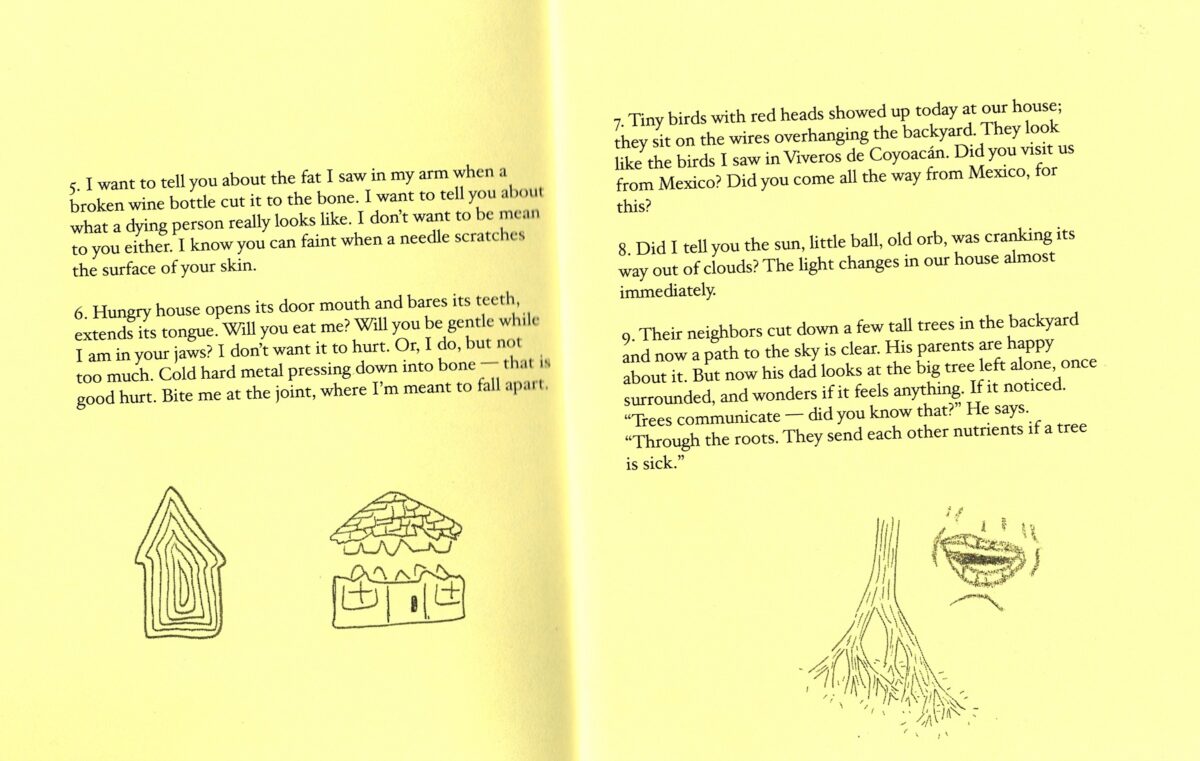 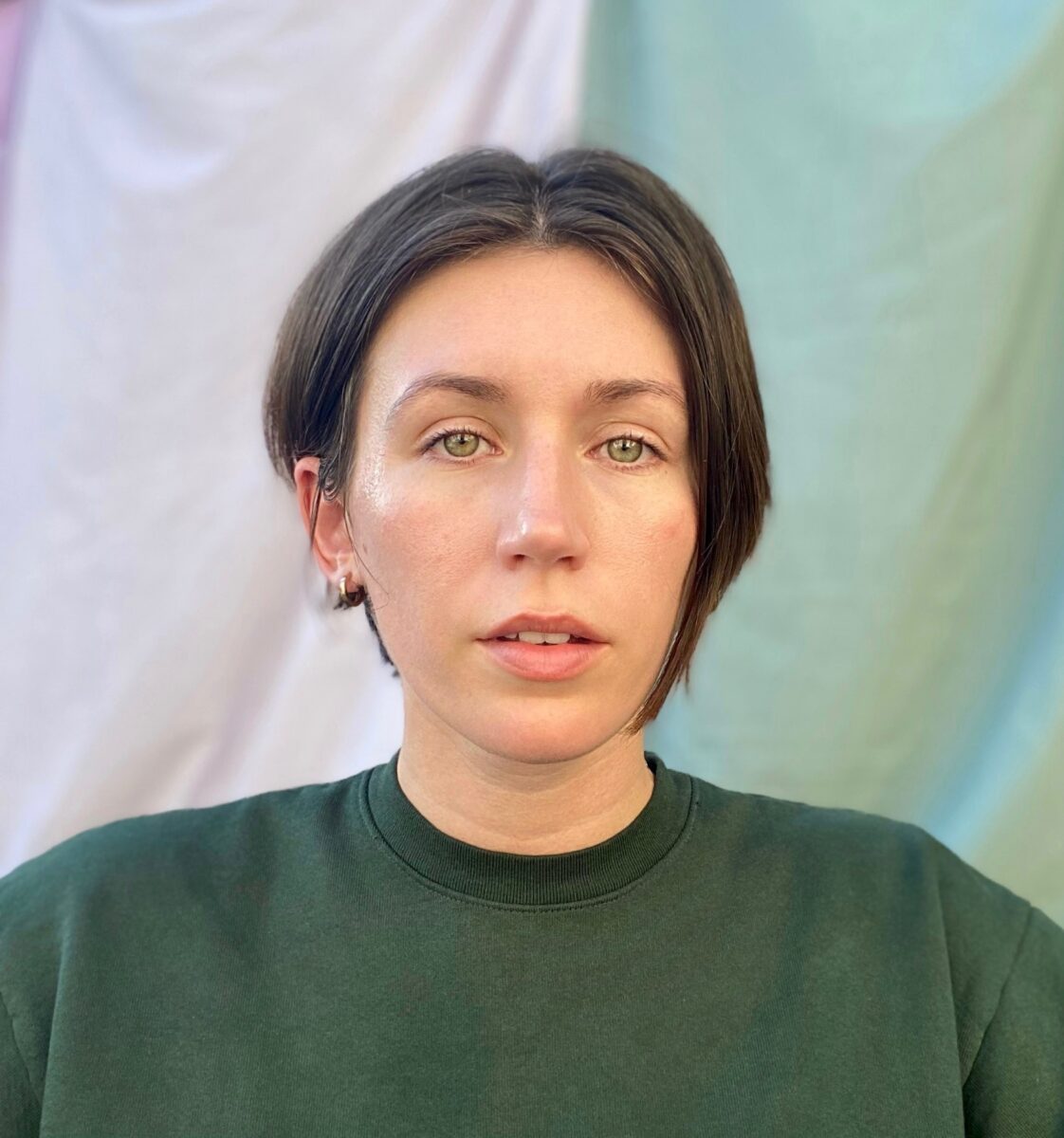 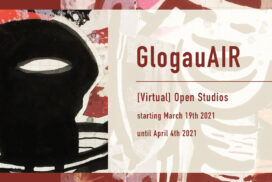 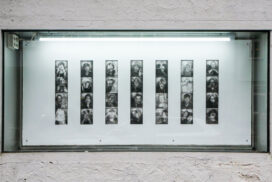 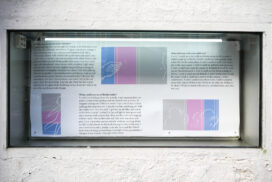 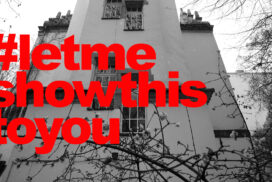