Isu Kim was born in 1991, Seoul. From 2009 to 2014, she studied the visual communication design including graphic design, illustration and film at Hongik University in Korea. After graduation, she worked as a designer for few years, and she left for Berlin. Starting with the group show ‘What the eyes don’t see – Taktkunstprojektraum’ in Berlin and ‘The small but big pleasure – Choijungah Gallary’ in Seoul, she has begun to concentrate on her own artwork using the technique inspired her design basis background. The main motive of her work is to find the inherent images in her own world and assemble them in the limited frame and space. Her works include painting, installation, video and gif image.

The latest series ‘COMPOSITION’ is an abstract painting which is mixed with various pieces that consist of the basic components of the figure like line, shape and colour. She focuses on making the new composition with selected pieces considering the balance and conflict between them. Isu calls this action ‘Self-discipline’ not only to visualize her imagination from the context in unconsciousness but also remain her mind clear eliminating the visual elements which are accumulated her memory.

The series [Composition] is one of my main work as self-discipline. They consist of various elements like paper, paints, marker and thread. Through this work I study the relation between the objects and practice to visualize them from unconsciousness to on frame making balance, conflict or rhythm between them. And recently I’m planning to make new one using thread as a main element. Thread has especially important meaning among others. For me, it is very feminine object symbolising my mom and her dream and sacrifice as well. Although I live a totally different life from my mom, I feel I can not completely escape the fates of being a woman. So in my work the thread shows not only the different way of life as a daughter but also the destiny which leads me up to the life that mom did. This work would consist of the sewing on canvas as if I’m a house wife or labour – from 1970 to 1980, lots of Korean women worked as a labour at textile factory. At the same time I hope that this work would be in exhibition – eventually it would exist as an Art. 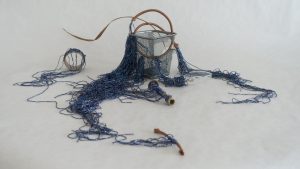 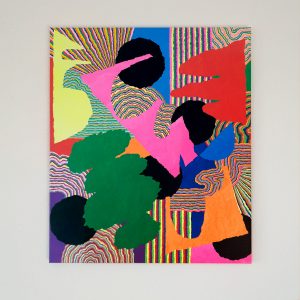 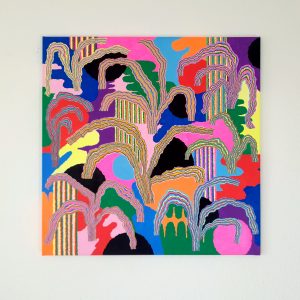 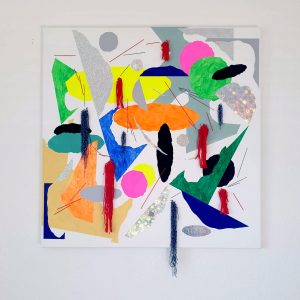 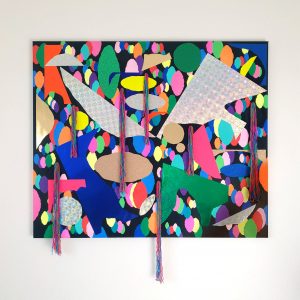 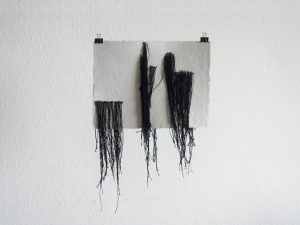 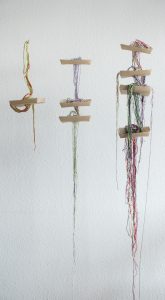 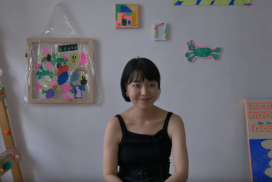 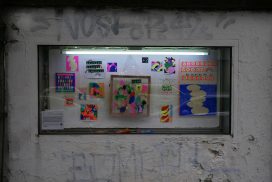