Growing up in a residential area near Tokyo, my childhood memory originates from the landscape of urban development and rapid changes. The nature that still remained changed to anonymous, homogeneous and desert scenery by human desire as the driving force of development. It seemed that the memories of the scenery there once remained like invisible afterimages in the margin left behind. This is the scenery against which I tirelessly projected my imagination, and this memory is what has shaped me of today. In the first place, the world seems to be made of countless invisible elements. For example, elementary particles, radiation, electromagnetic wave, energy, all those scientifically studied discoveries. Time and space, some sign, an atmosphere felt between people each other, those which come out of conceptual ideas or consciousness. Moreover, in the history, institution, social structure, it is the power which does not come out in the table in many cases.

Since the ancient times, invisible elements have played essential roles in the formation of culture and beliefs in Japan. The unique concept of ma in Japanese, for instance, recognizes the presence of time and space within an empty space, which has significant influences on visual arts, music and theatre. However, invisible elements are becoming more forgotten in this contemporary society, as more and more information is turned “visible”.
My artistic practice explores various invisible elements surrounding our contemporary life, and attempts to reveal the relationship between the invisible, time, society and nature by using imagination.

The project I want to develop in GlogauAIR is to find “the invisibility” which is the theme of my work not only in my own country, but also in other cultures and developed as works. This is my new series of research and creations focusing on the “invisibility” present in the landscape that comprises an individual’s identity. Using portraits and landscapes that I have photographed based on interviews, and photos that I’ve sampled.

In order to embody the relationship between the landscape and the internal scenery of the individual, I aim to produce works with visual appearance, while some images appear. Through this, I’m aiming to show existence and nonexistence, and the invisible relationship between an individual’s memories and internal landscape, and society and time, contained in the external landscape. It also reference to the refugee problem and people who are unable to return to their homes due to a disaster or war, and the landscapes that are disappearing due to redevelopment; things present in society that are related to the individual and the landscape.

To create this series, I will conduct interviews with about 10 people of varying identities (including artists in residence if possible) and find information about their landscape as it relates to their identity. Based on those interviews, I will photograph relevant portraits and landscapes. I will then take these photographs and make holes in them, cut them up, stack them together, shift them, and fix them to create my works. 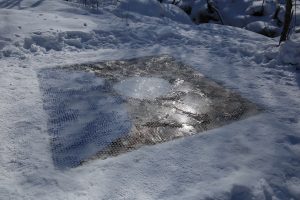 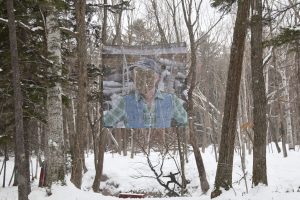 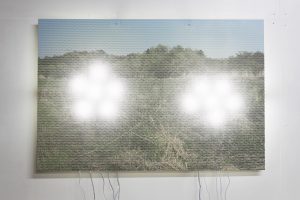 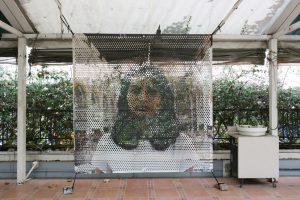 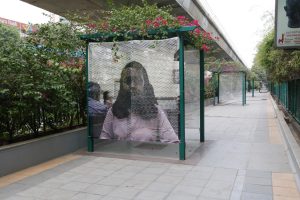 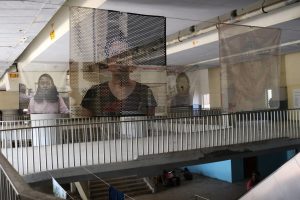 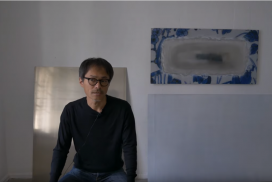 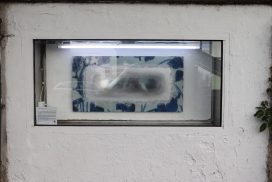