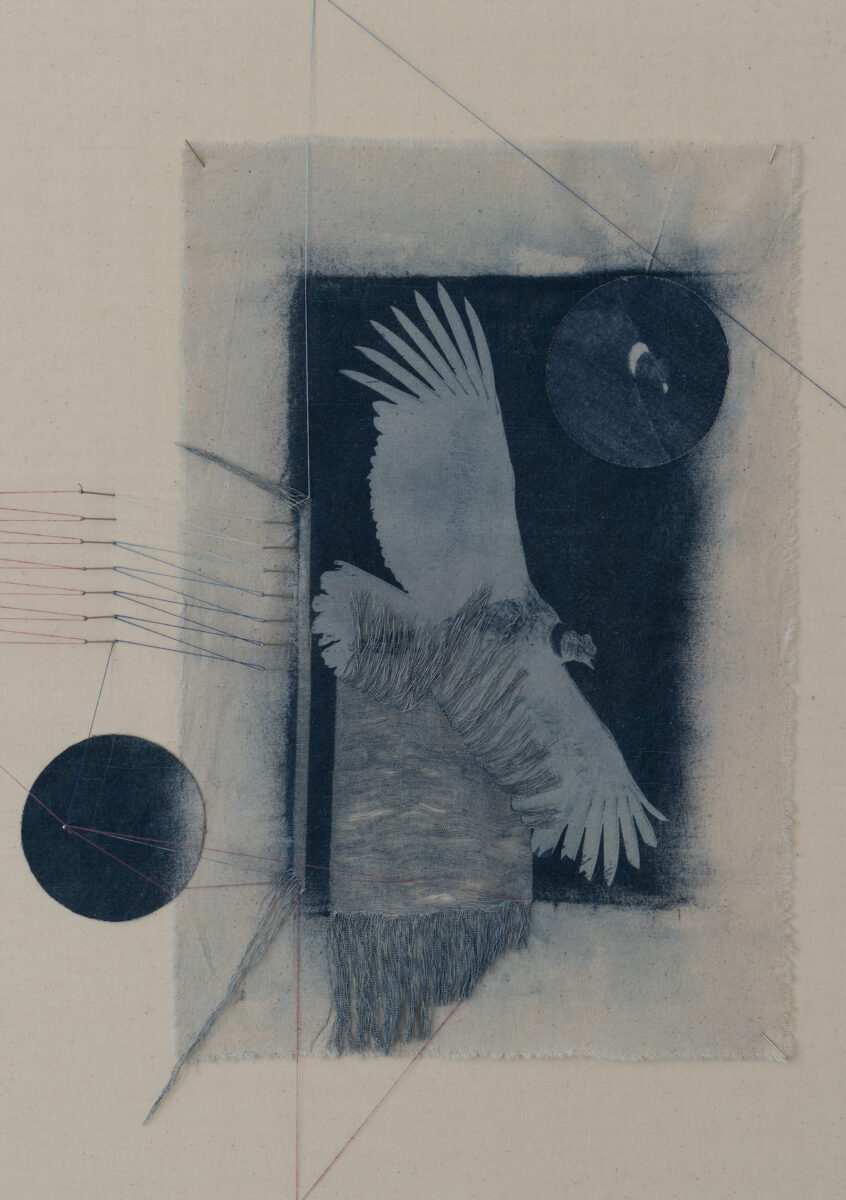 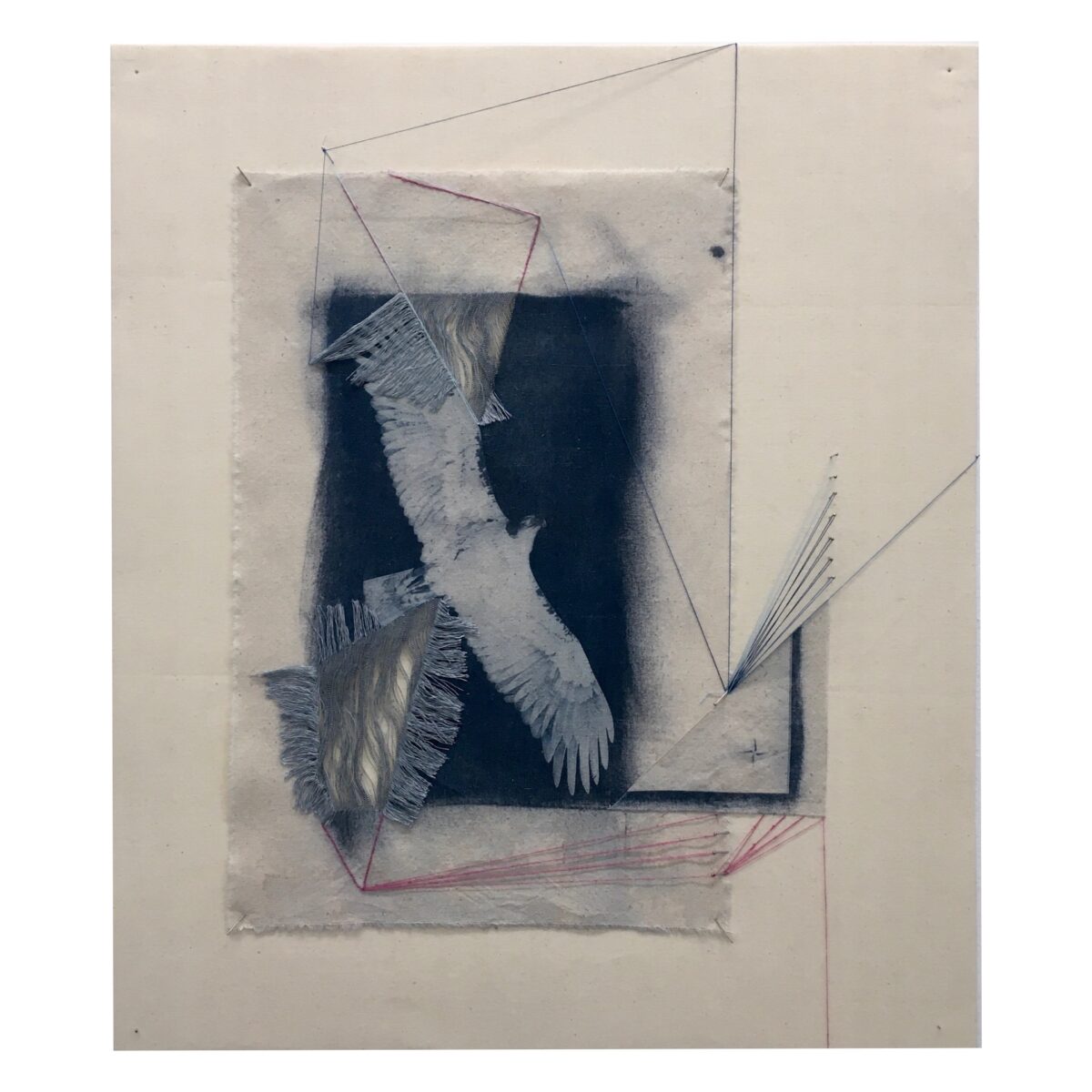 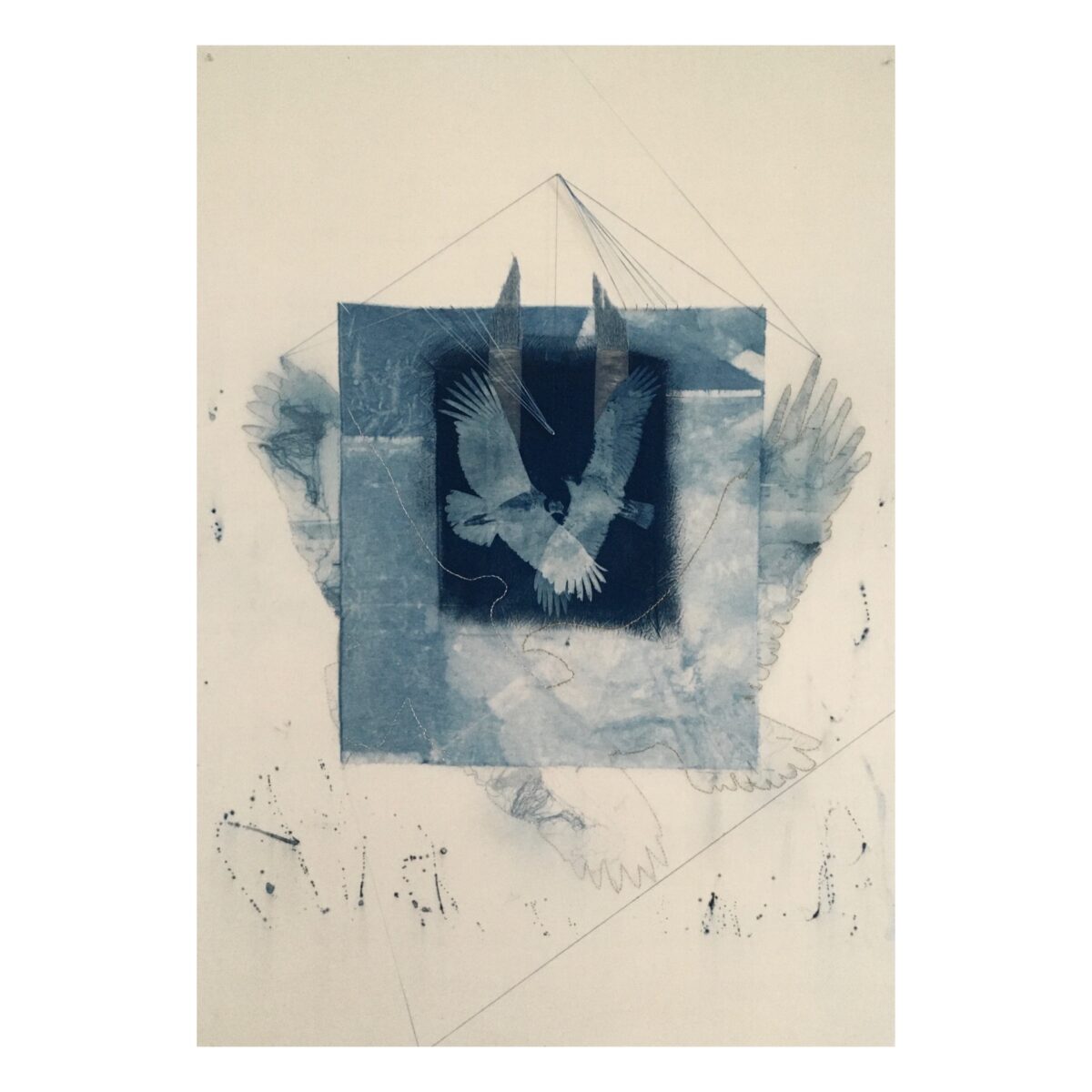 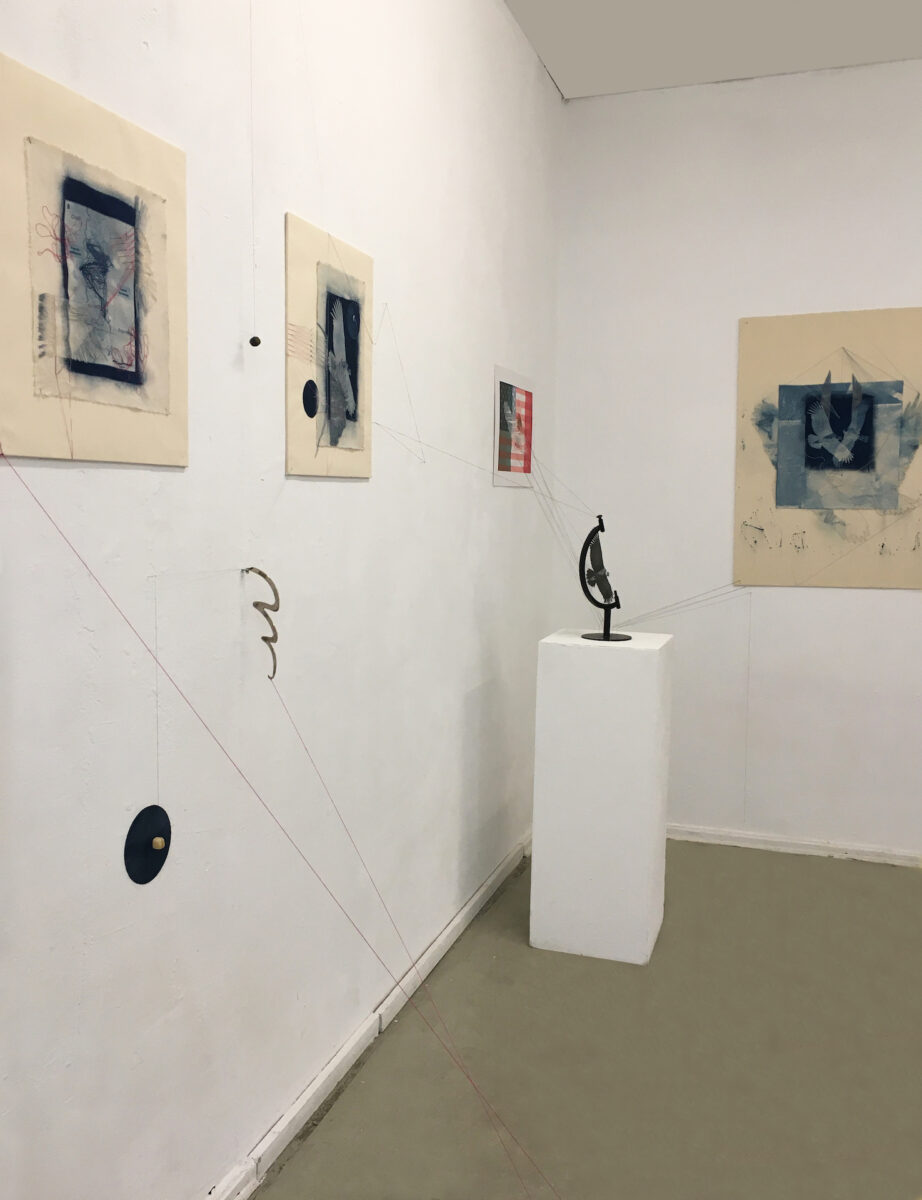 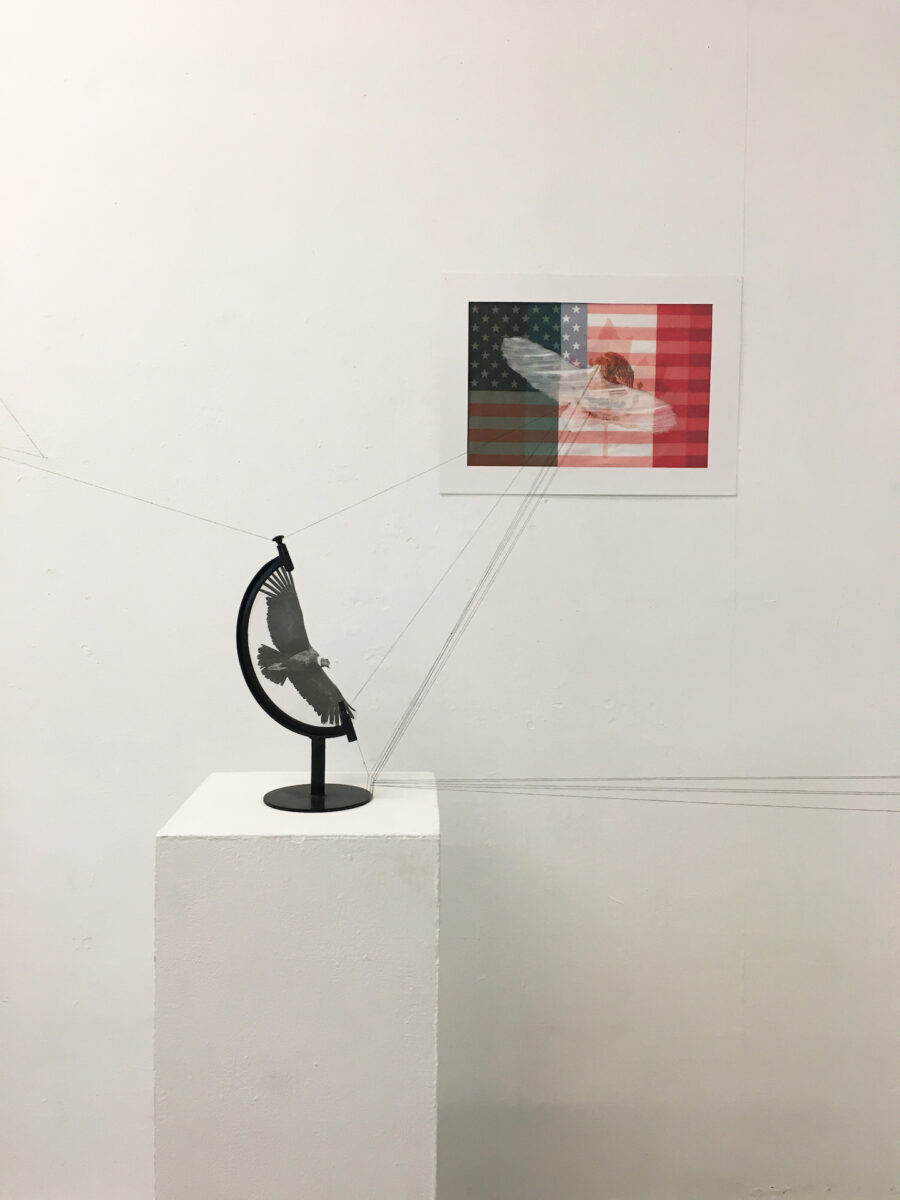 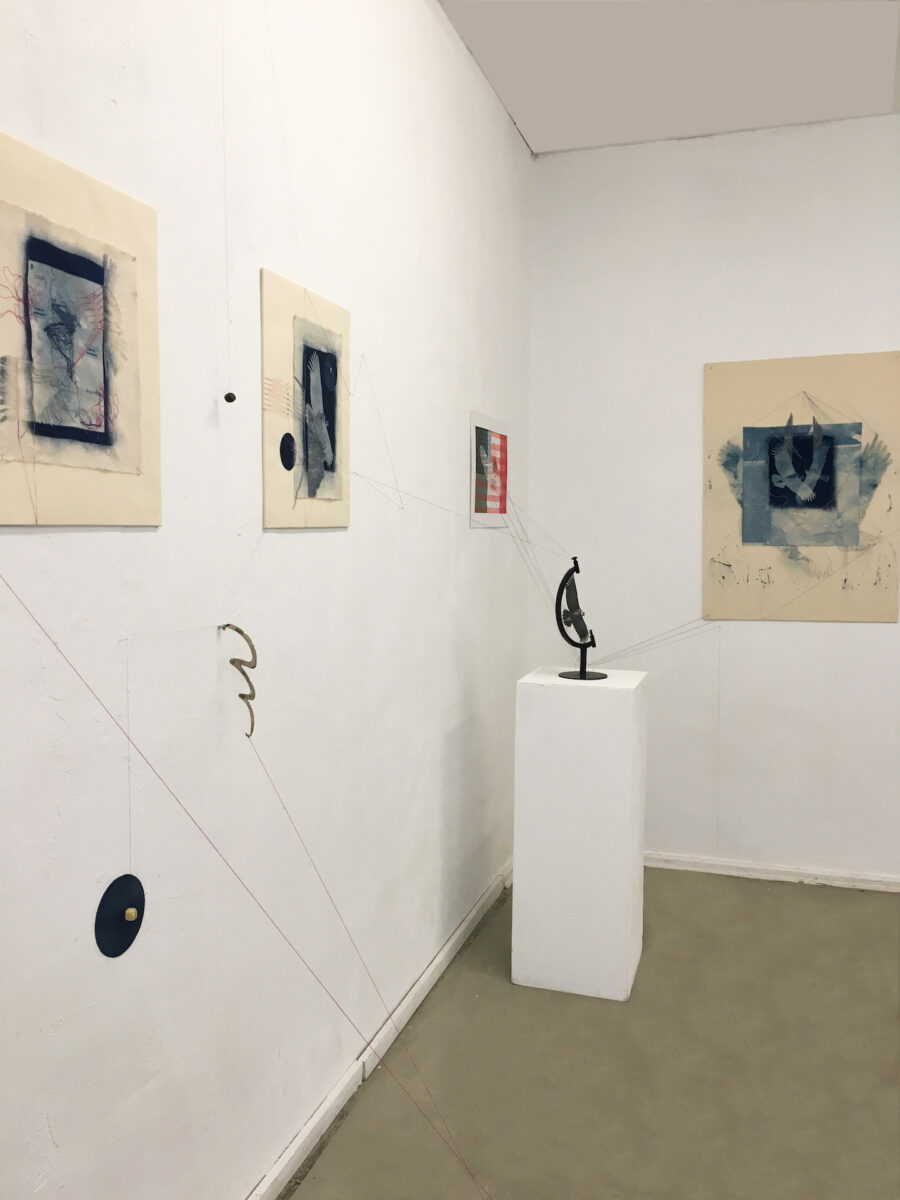 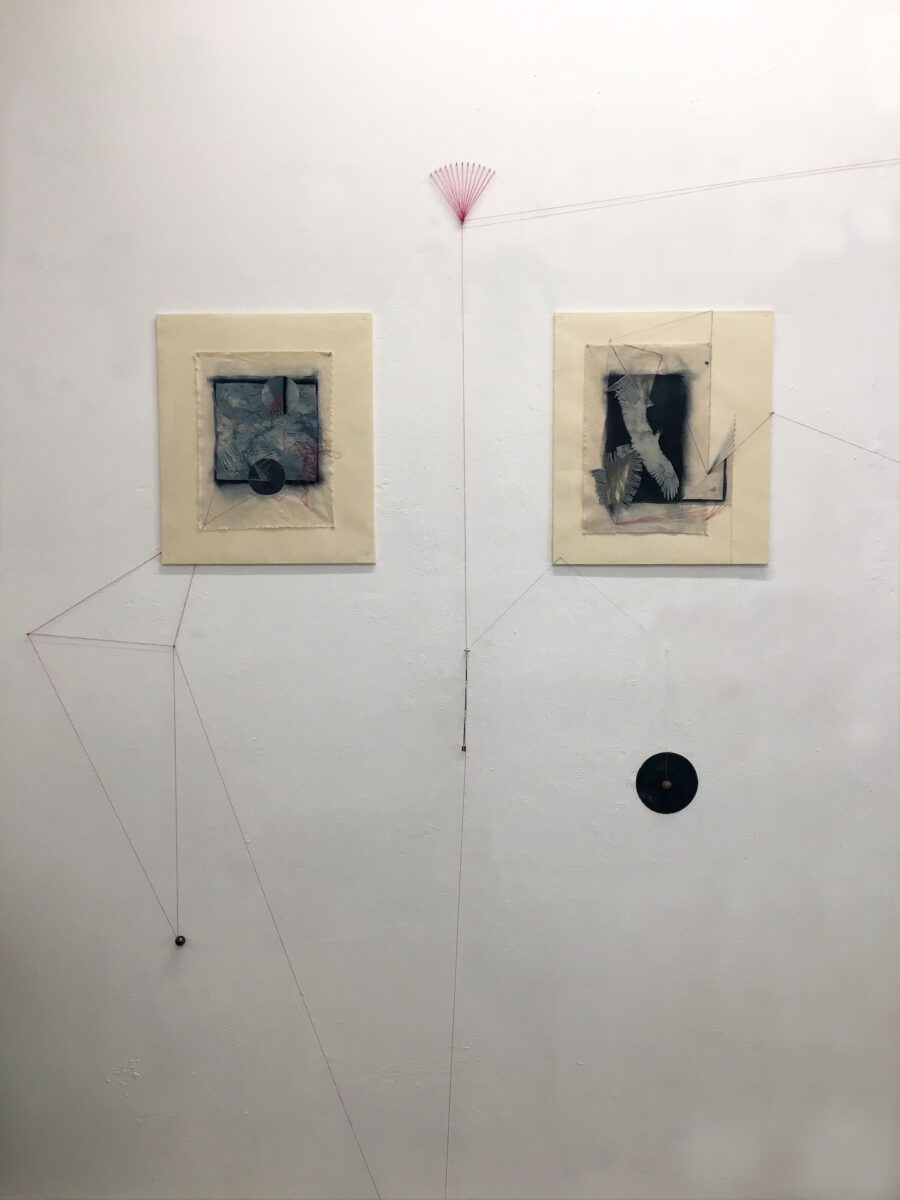 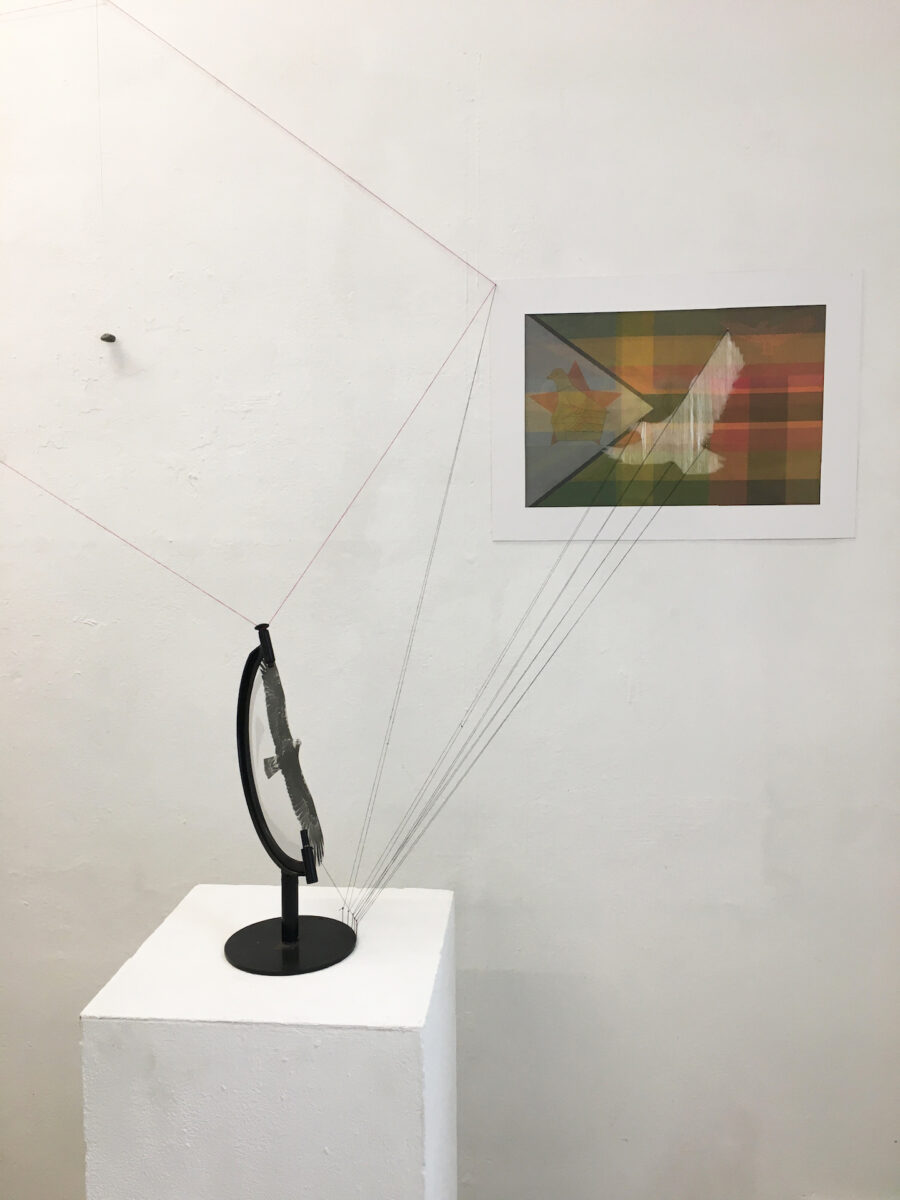 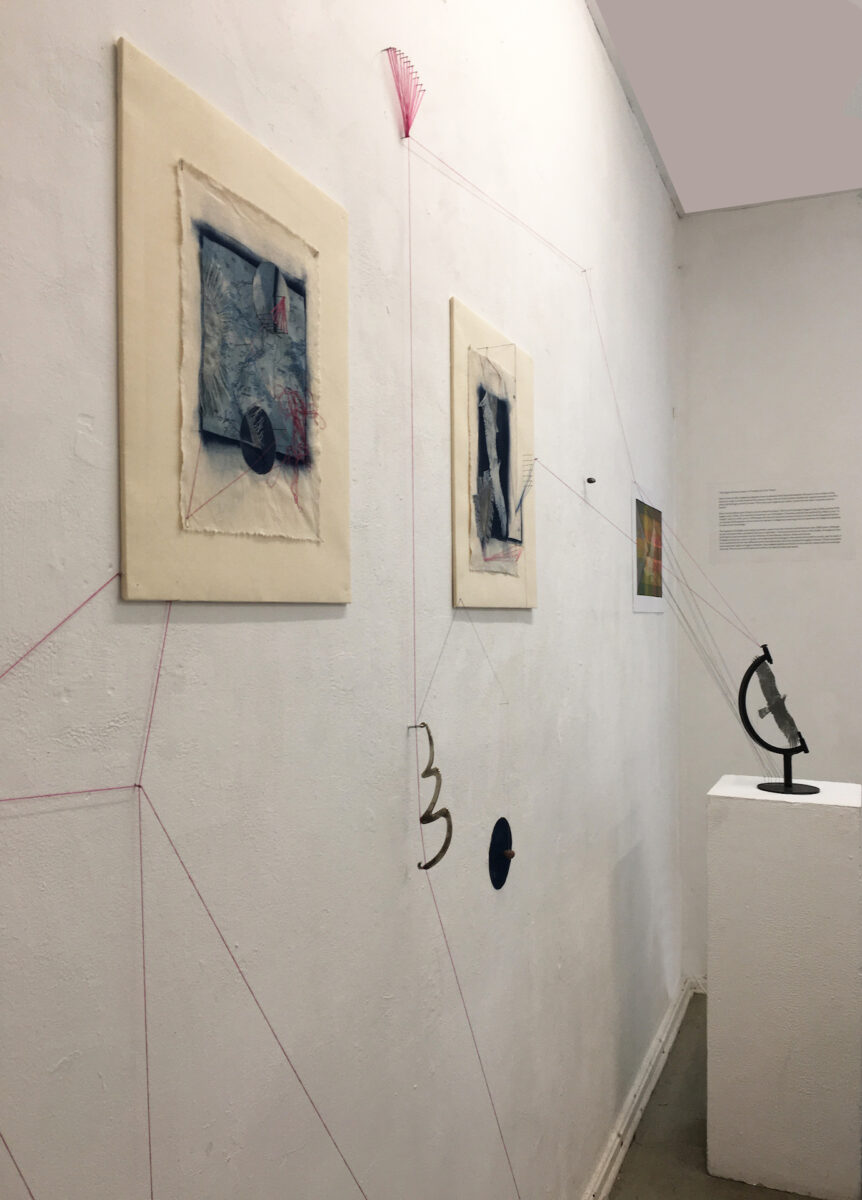 The project that I carried out in the residence is based on the historical tradition that unites Chile and Germany in order to create new cultural links through works that intermingle the fabrics of one place and another, enhancing this relationship. Although they are different countries and with a great distance between them, there has always been a special relationship, not only because of German immigration in Chile, but also because of the relations that intensified throughout the 20th century until today.

I created textile works, which are intertwined through the fraying treatment that I gave to each one, reflecting on the concepts of breaking borders and collective strength, as well as the reciprocal relationship between these that turns the fragments into a diverse and harmonious whole.

Among the works, there are some whose main image is the representative eagle on the German coat of arms and others the Condor on the Chilean coat of arms, taking as a reference the legend “The eagle and the condor: A prophecy for our times”.

Most of the world's indigenous peoples have prophecies that help them explain the past in the context of the future, in order to make sense of the present. Many cultures present similar prophecies: a good example of this is the Prophecy of the Eagle and the Condor. This is not just a legend, but rather a look into our past, ourselves and our future.