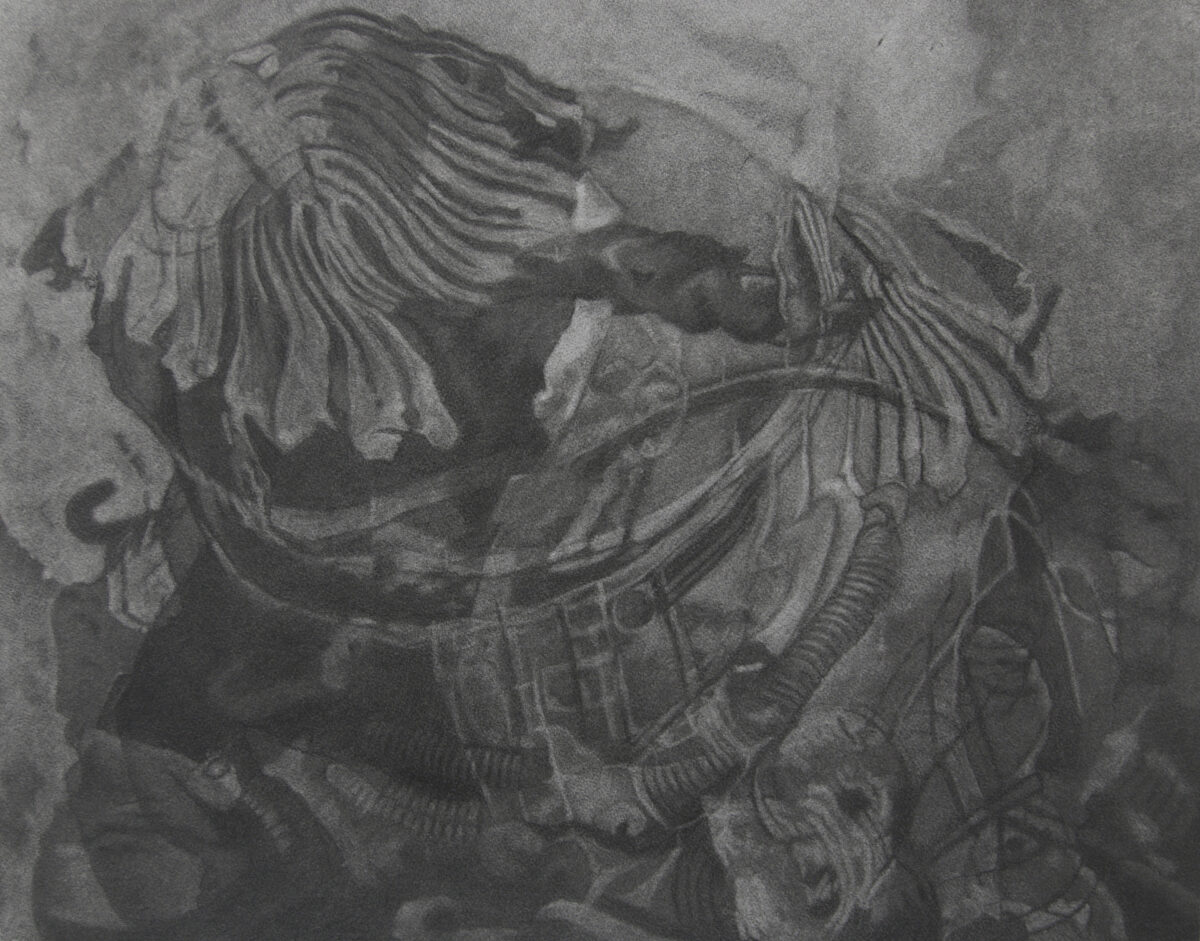 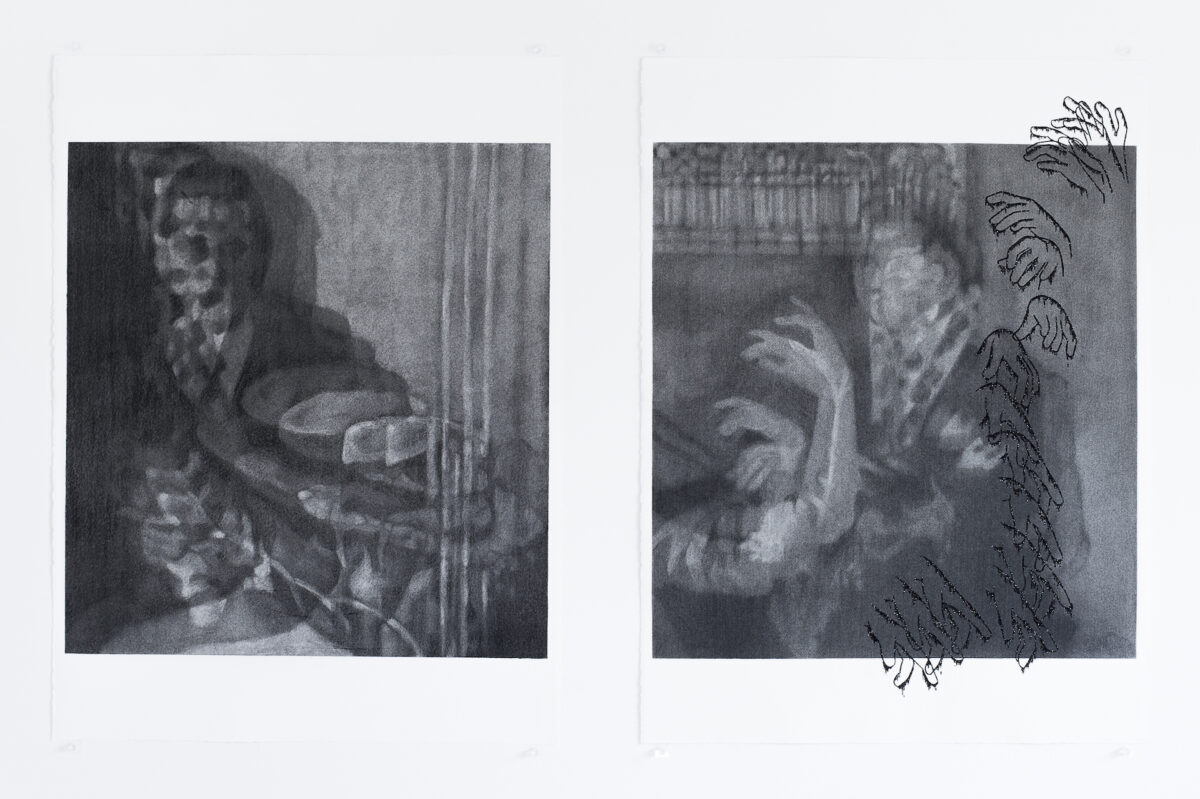 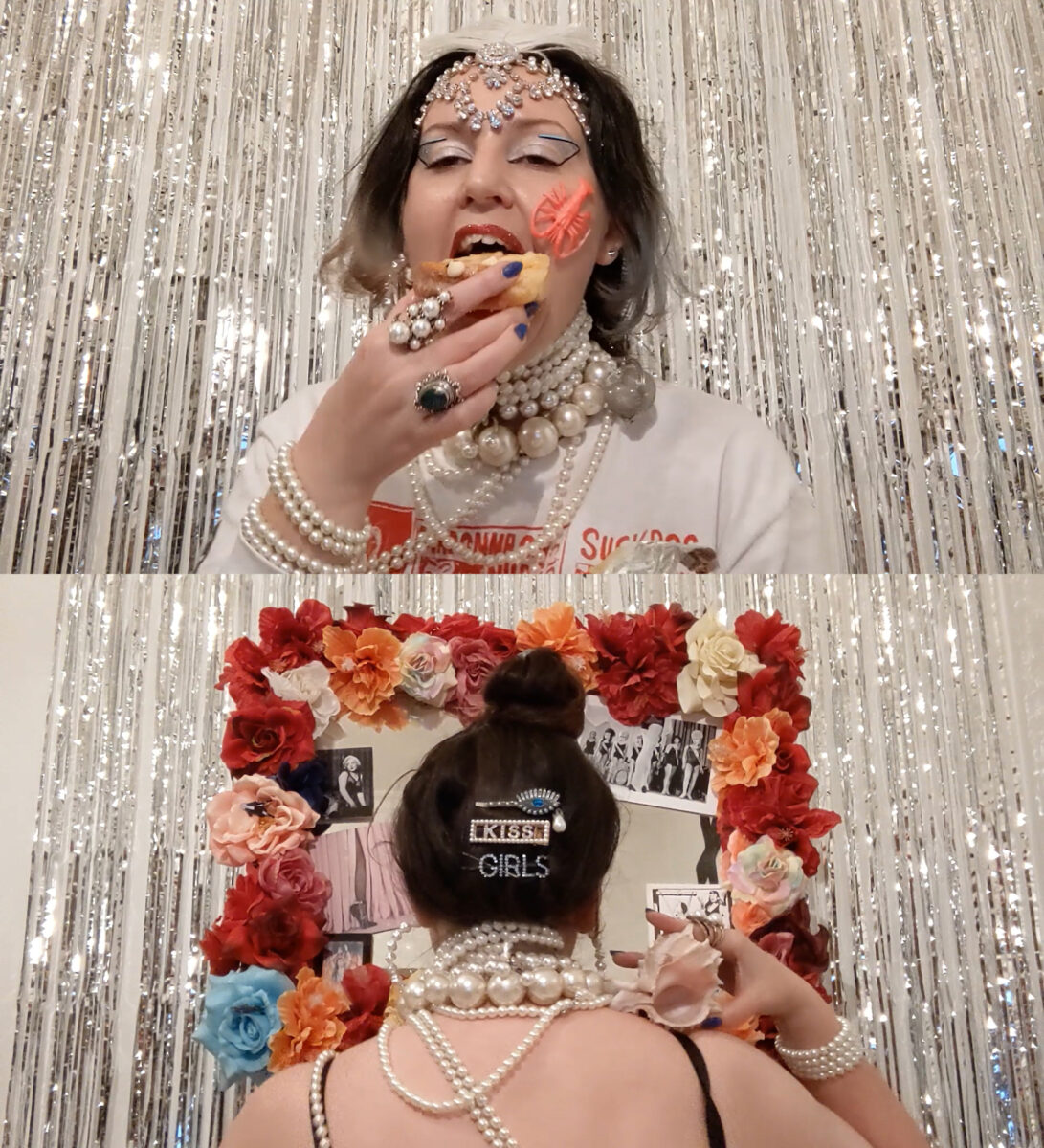 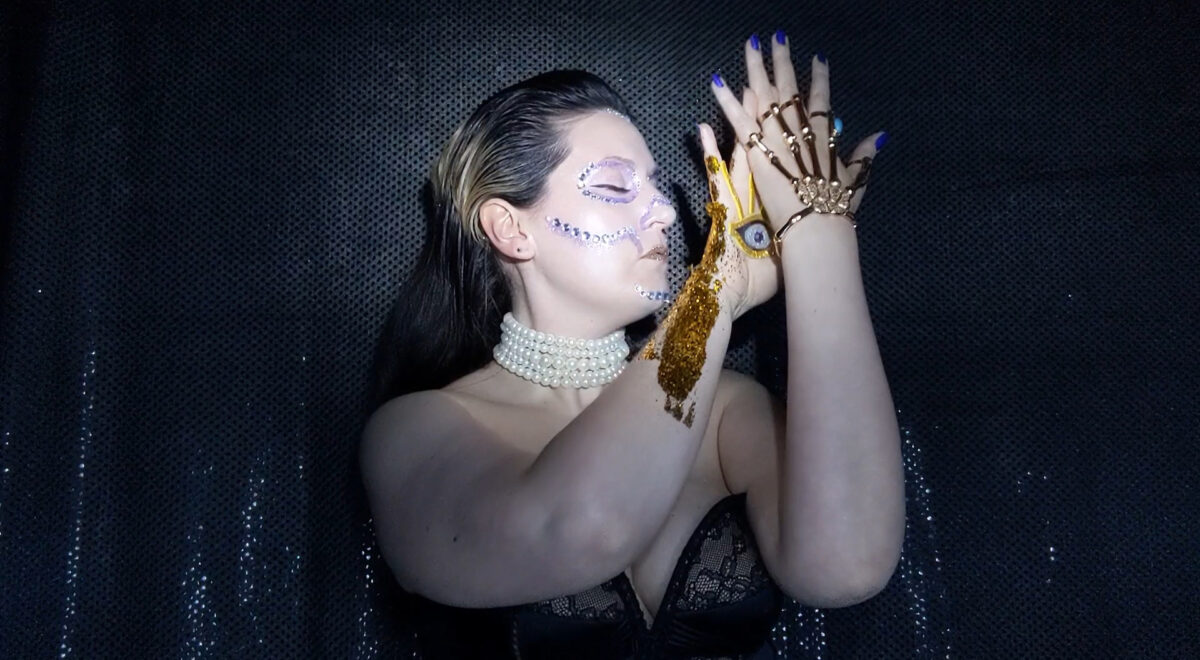 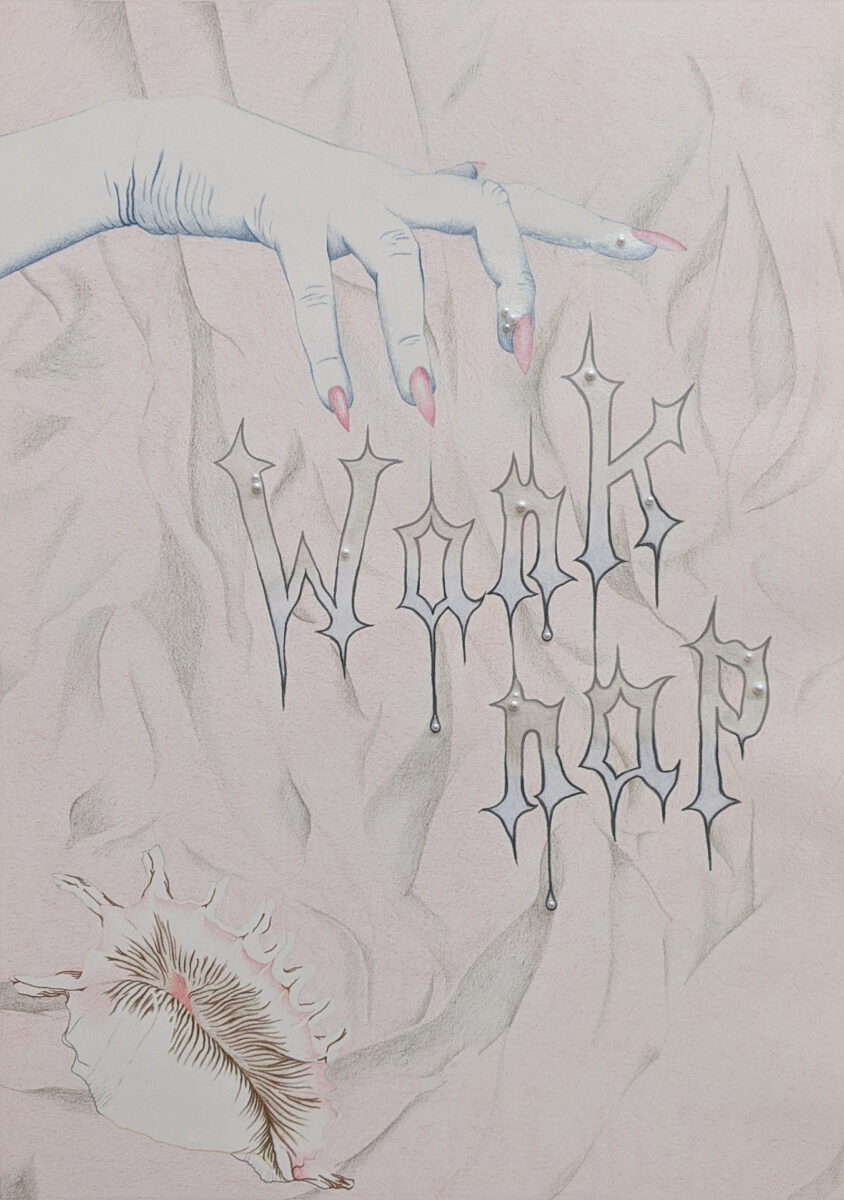 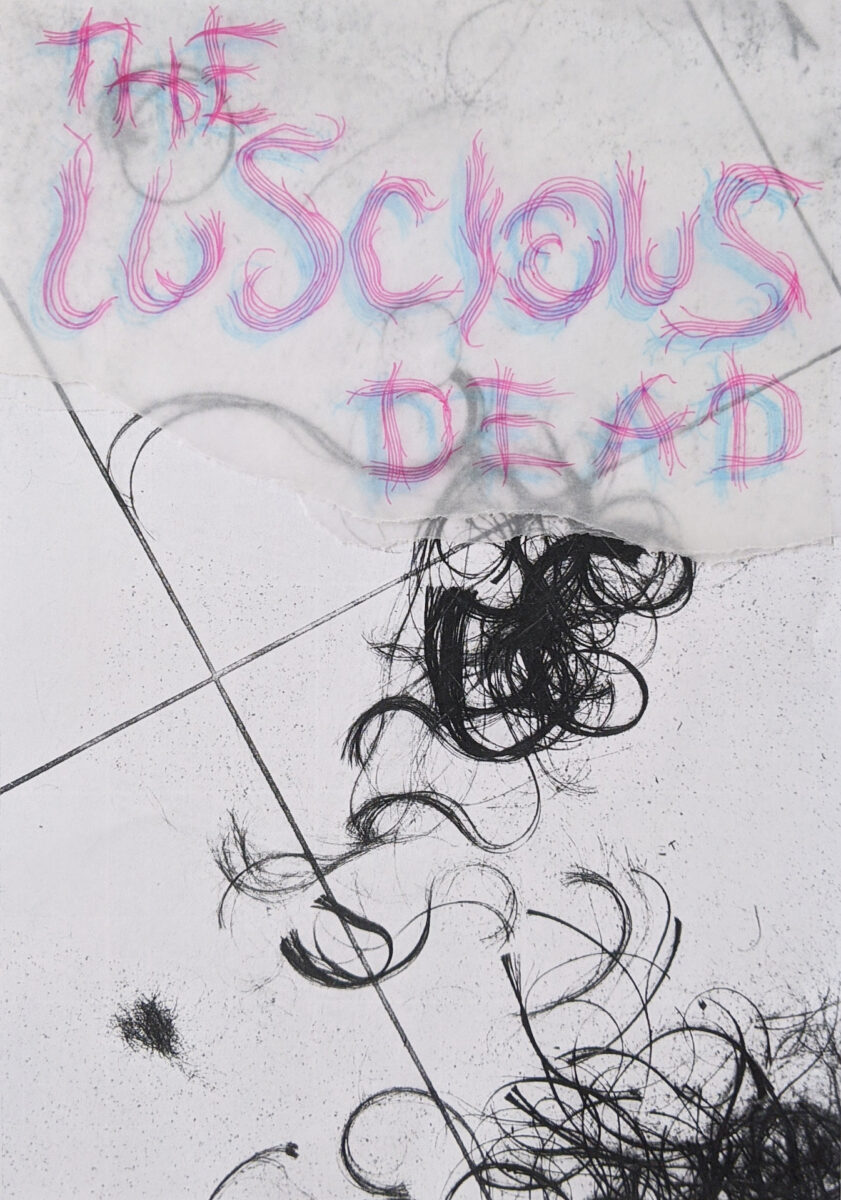 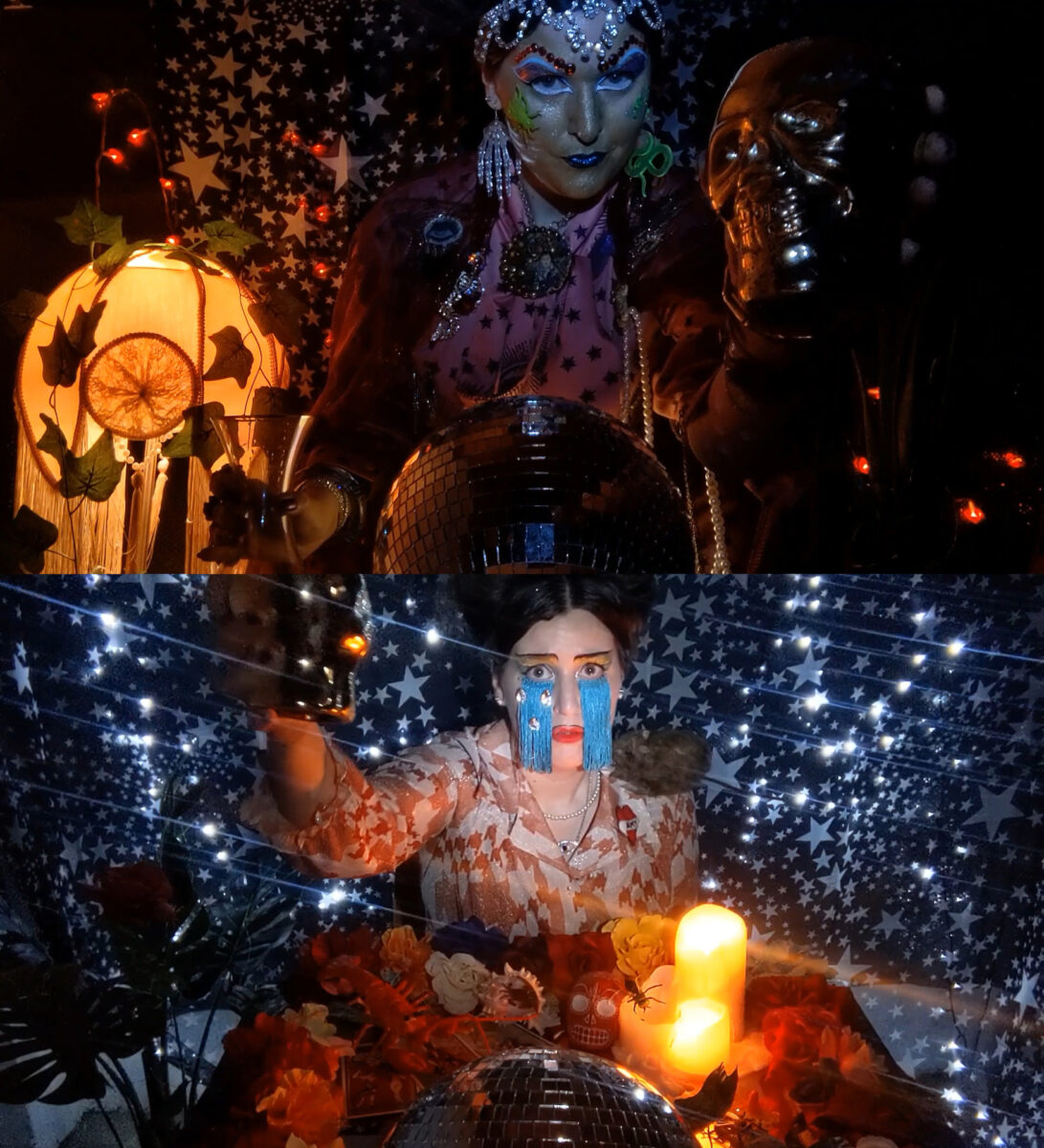 Roxy Richens is an Australian visual artist now living in Berlin. She completed a Bachelor of Visual Arts from Monash University, Melbourne in 2009 and a Graduate Diploma in Museum Studies from Deakin University, Melbourne in 2012. Her practice is primarily focused on drawing but also branches into performance-based video, costume and visual styling. Her multidisciplinary practice is unified by theatricality, mise en scène, sexual innuendo, film history and pop culture references to illustrate themes of delusion, death, celebrity and idol worship.

At GlogauAIR, Roxy explored scientific proposals to colonise the atmosphere of Venus for human habitation. In particular, she aimed to blur the polarities of the pre-exploration, sci-fi romanticism that saw Venus as a tropical paradise and the current scientific knowledge of the hellish reality of Venus that is mostly incongruent with human existence. This concept was articulated in charcoal drawings that take visual reference from multiple relevant film stills overlapped and merged so that each is simultaneously visible and obscured. The hints of recognisable imagery buried in the drawings mimic the perpetual cycle of glimpses of hope and dashed illusions in the search for even the most miniscule signs that another planet is like our own.