Sergio Femar’s work is part of the European pictorial tradition that affirms from abstraction his will to know the world. In line with the great painting that passed from the past century to the most current abstraction, Femar responds to the challenge of great artists, hence the intense vitality of an artistic process that awakens the hidden connections on the eye that looks, training him to see through. Shape, color and composition.

Without emotional or anecdotal references, the work represents itself, from the forcefulness of matter, to reach the evidence of the spirit. There are no “topics”, there are “universals”.

Femar works with a wide range of aesthetic strategies, materials and supports that are part of his daily life, with the aim of delving deeper into the creative process. His starting point is the moment in which he lives, a capitalism saturated with consumable novelties, from which he rescues the enduring elements to give them a new form. It is not difficult to find in his production the elements that were discarded by the consumer chain, which discards elements in its frenzy of accumulating new productions, equally disposable. Hence his recycled fabrics, wood or rubble, are transformed in his work into testimonies of a sustainability increasingly compromised by the system.

To insist on the act of painting is thus the unfinished performance of the matter in search of its deepest meaning. More human. 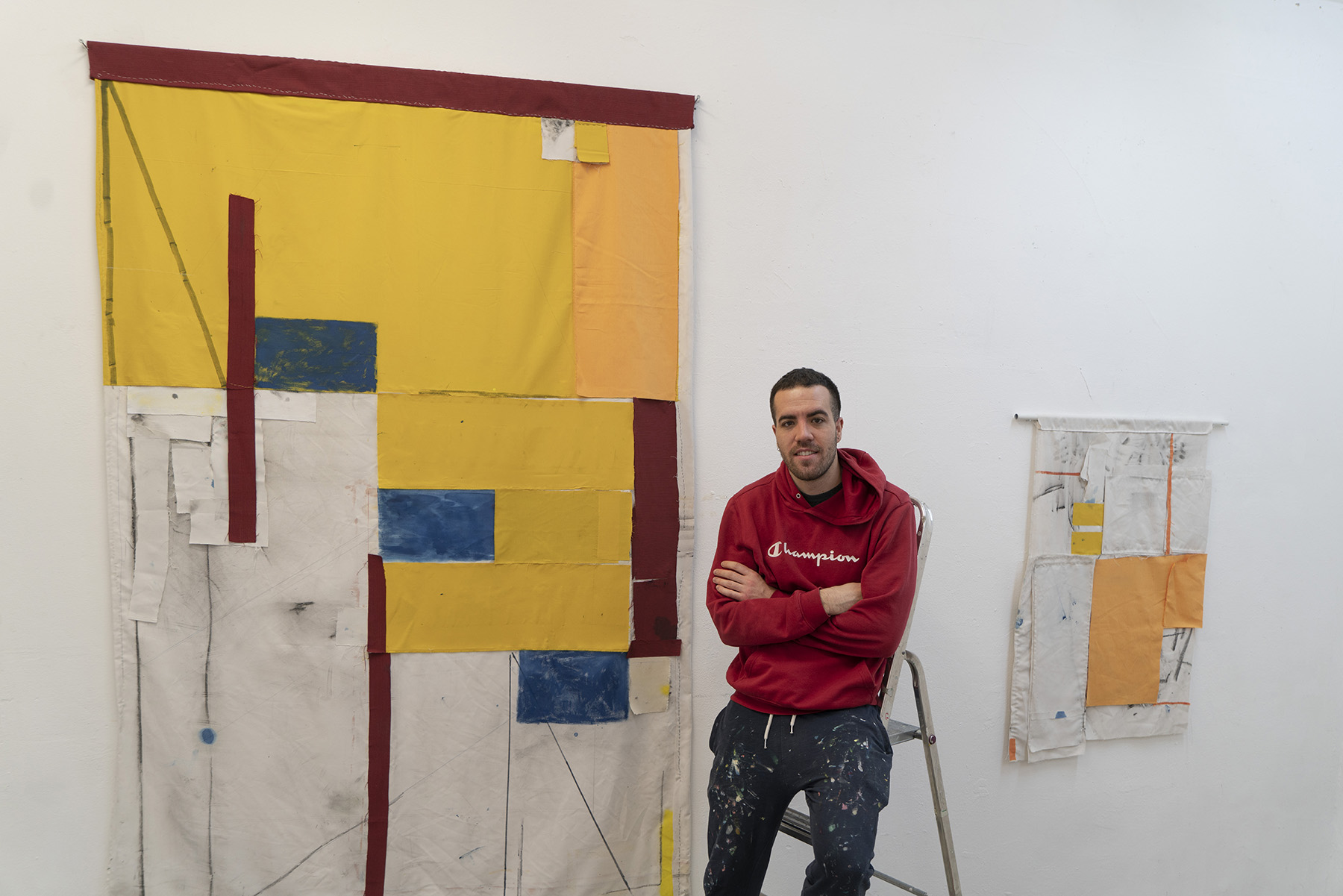