Acrylic and laser engraving on wood

Natsuki Oshiro is a multidisciplinary painter from Japan. As a way of extending the visual experience in painting, she employs repetitive patterns, in which the space continues to expand on a flat plane. Then she combines these with abstract images, as a way of expanding the visual experience by exploring the relationship between two or more works. Her work focuses on poems and traditional gardens as a way to replace commercial symbols with literary perspectives. She believes that historical literary perspectives can provide a window to make the monotony of the urban landscape a richer experience.

During the GlogauAIR residency, she has been researching the Sanssouci Palace in Potsdam, which King Friedrich II of Prussia built in 1747. The palace’s design fully reflects Friedrich’s literary perspectives. In this work, she created a pattern that symbolizes the idea of Friedrich the Great in the Sanssouci Palace.

The pattern is composed of the following elements in the Sanssouci Palace: (1) the ruins of ancient Rome, (2) the four allegorical female sculptures of music, art, architecture, and astronomy, (3) Friedrich’s Rococo pattern, (4) grapes and fruits, (5) The opening poem of “De Rerum Natura” by Lucretius (Roman philosopher).

For the king, the palace and his Rococo were a place to escape from politics and power and to devote himself to philosophy or music. Natsuki also overlaps “Seven Sages of the Bamboo Grove” with the pattern of Sanssouci. “Seven Sages” are 3rd-century Chinese scholars who engaged in philosophical discourse in a bamboo grove away from politics.

Natsuki also focused that the decoration of the Sanssouci Palace particularly incorporates nature a lot, and she attempts to abstract this perspective of “bringing the outside inside” into a pictorial context. Her Sanssouci is further symbolized by repeating as a stamp. 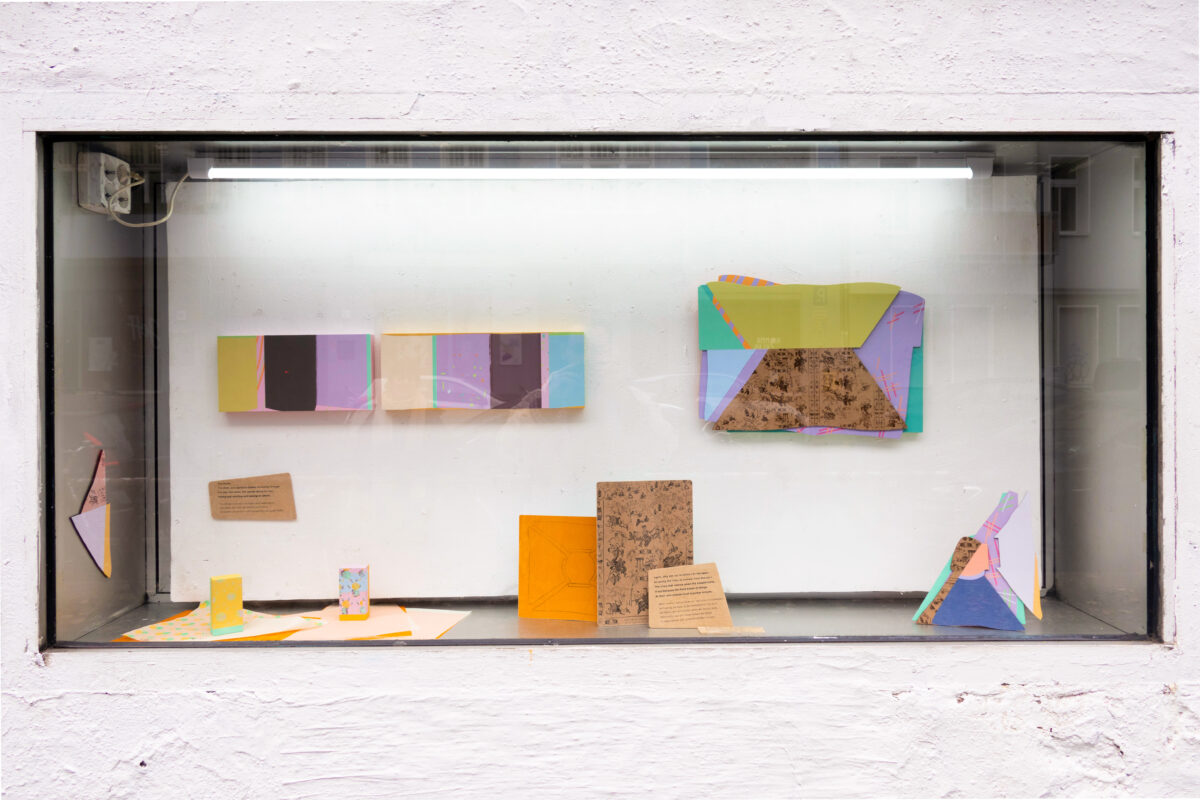 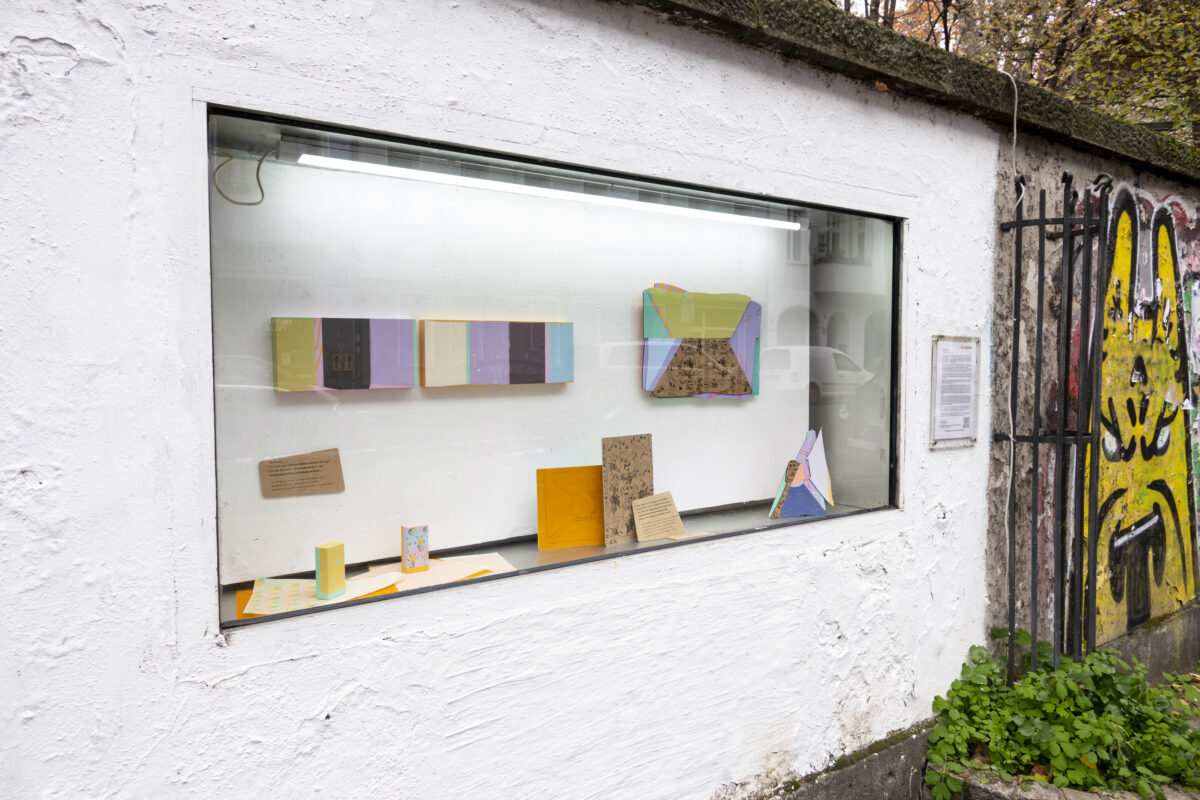 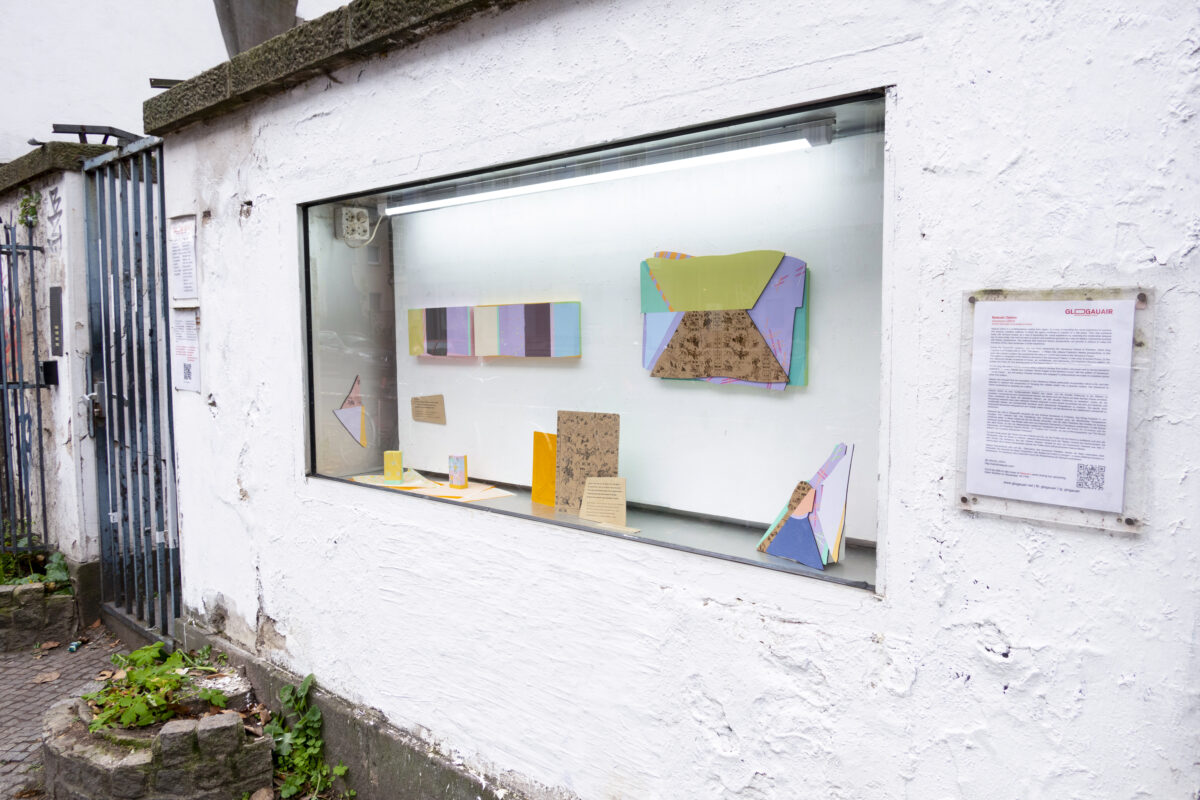 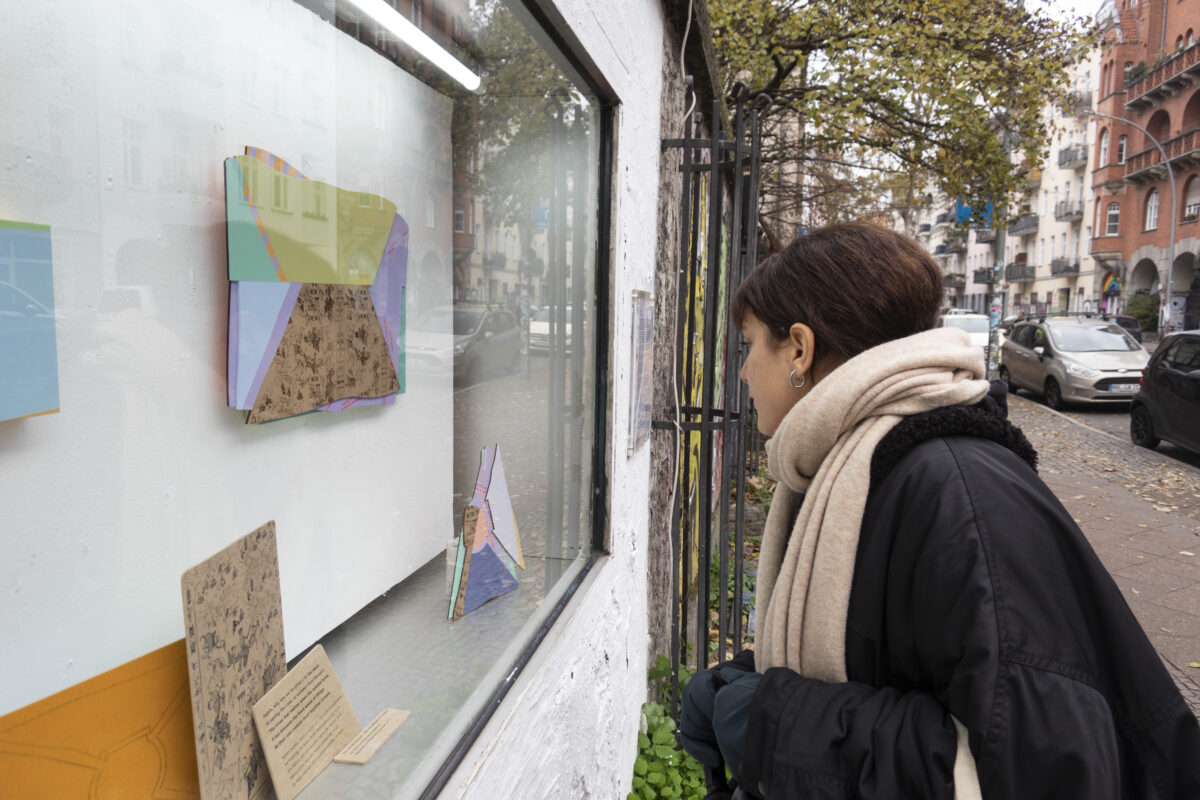 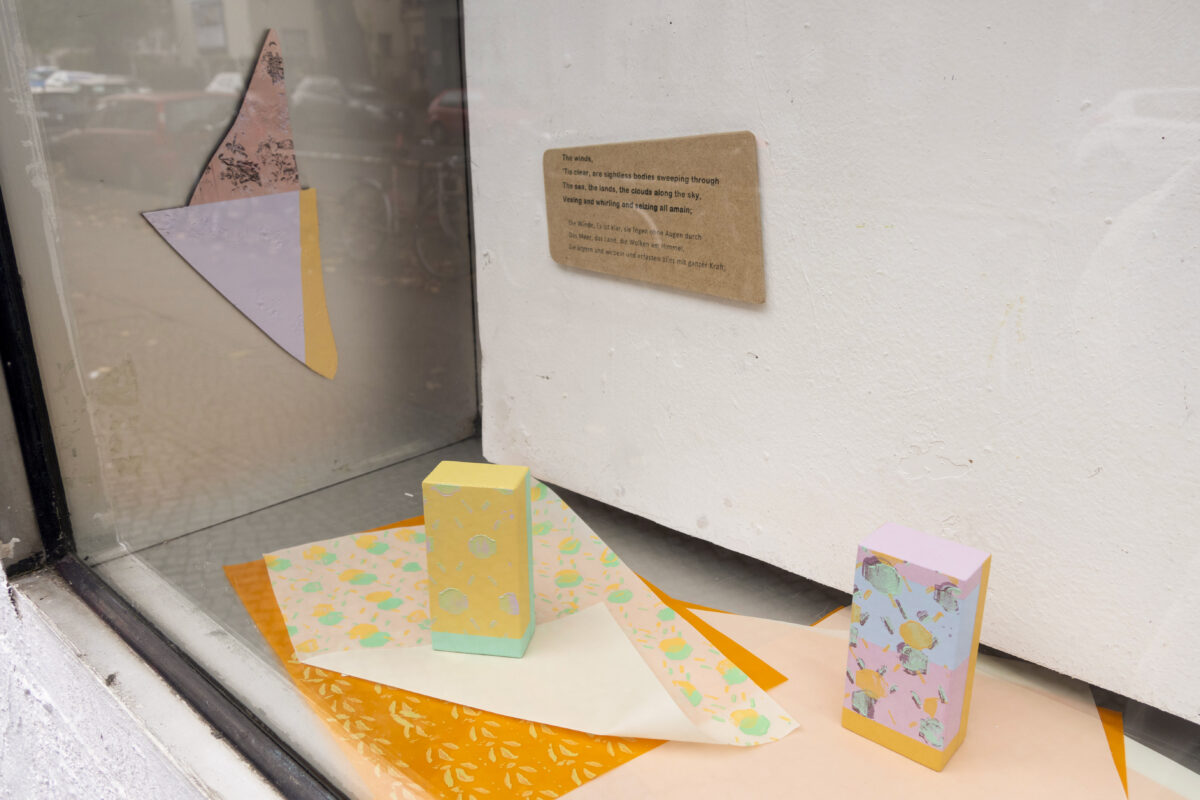 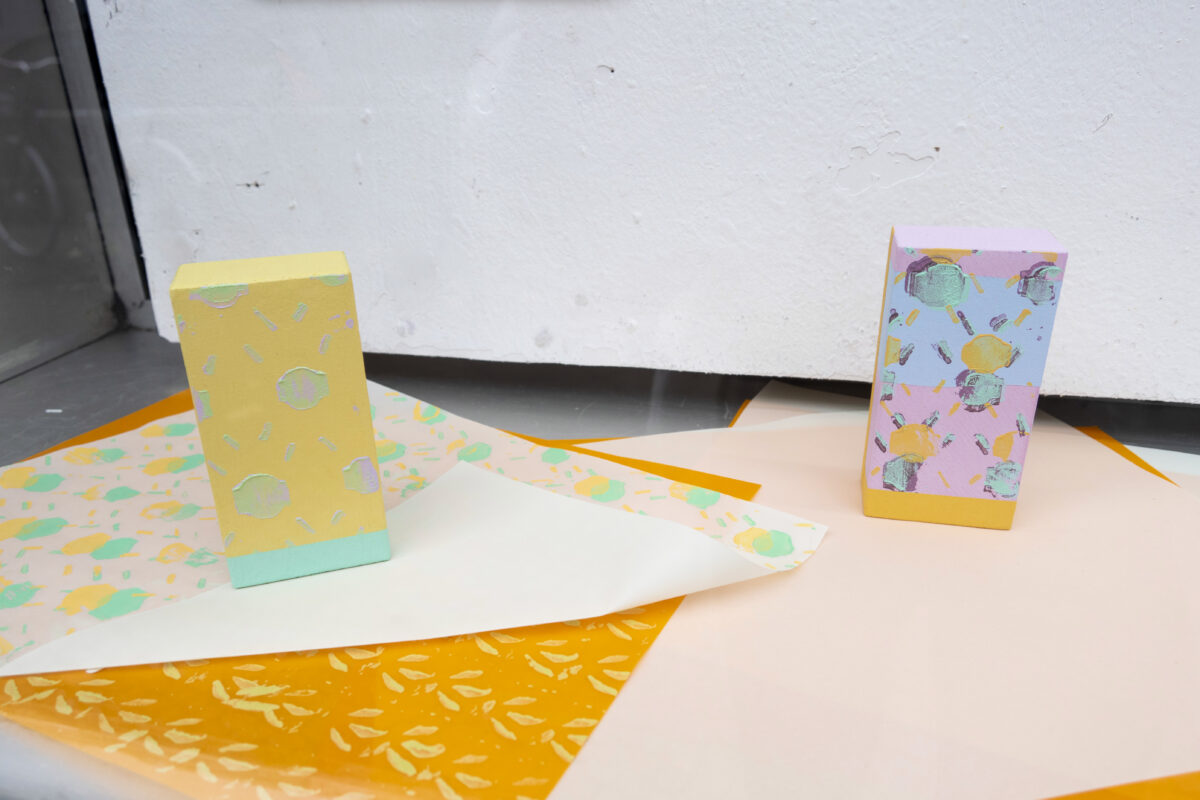 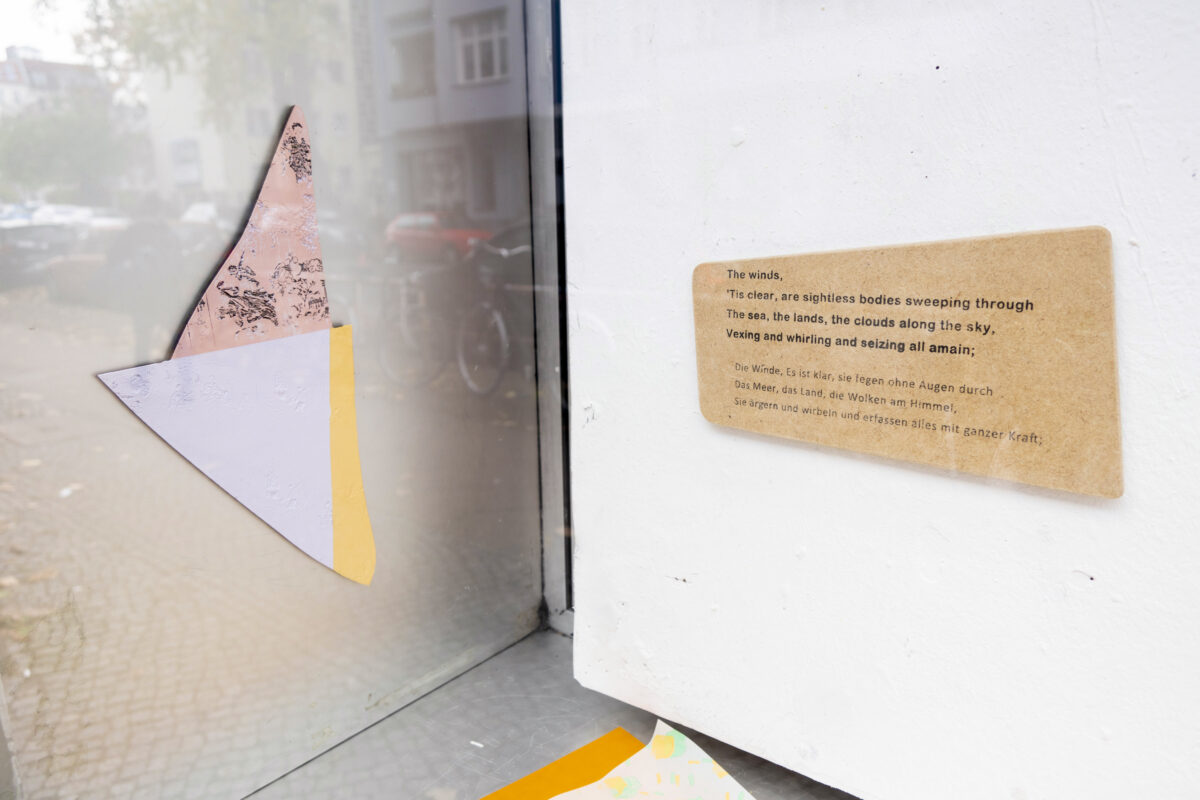 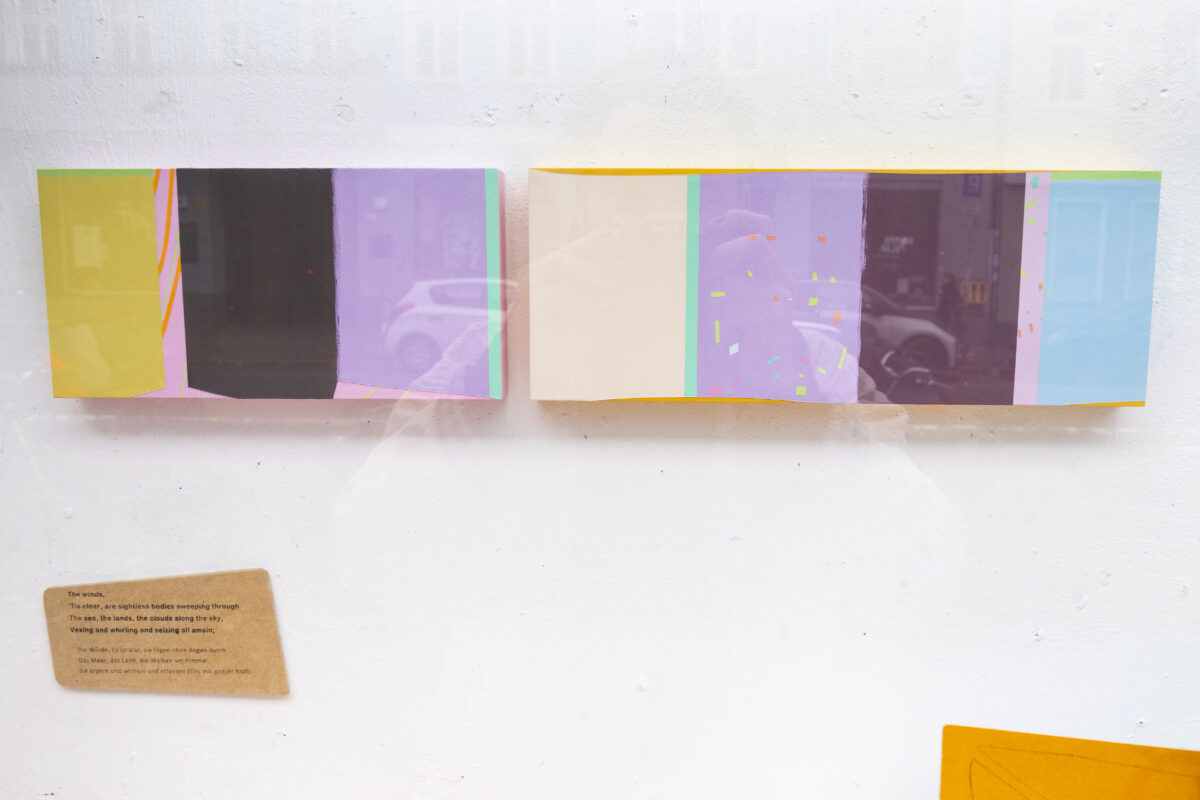 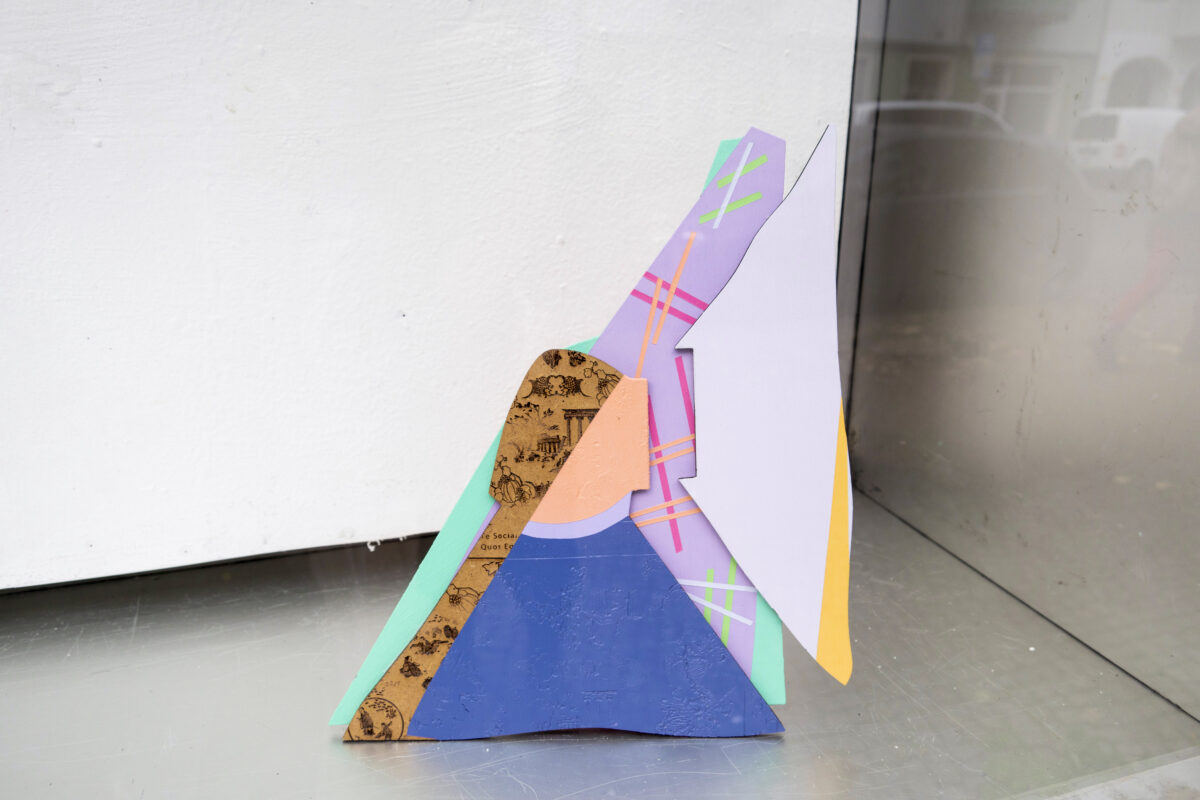 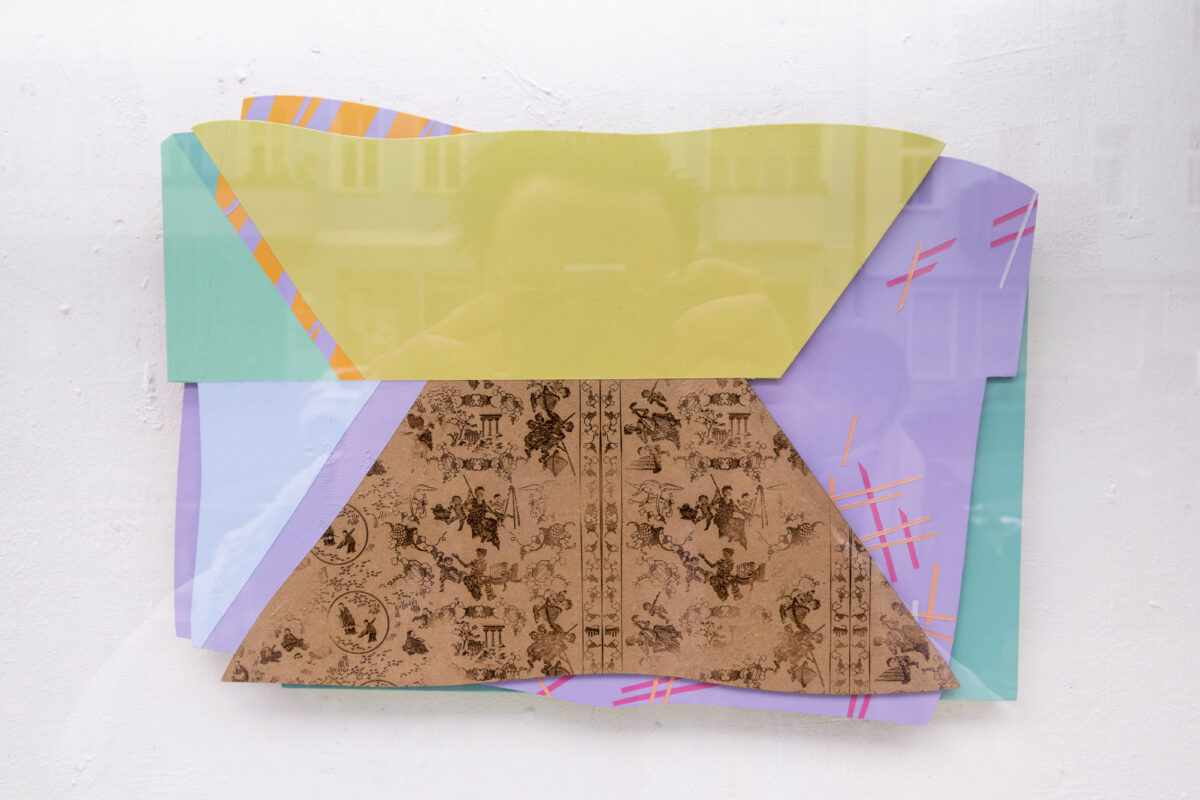 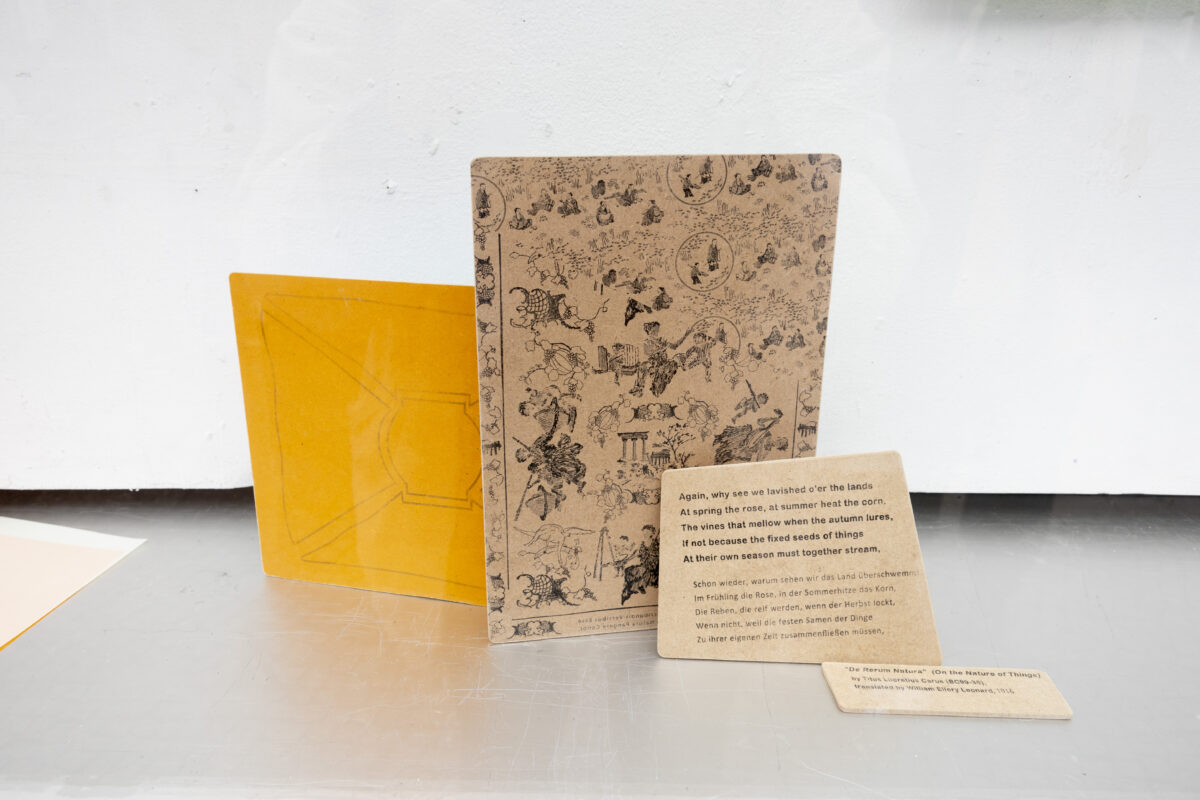 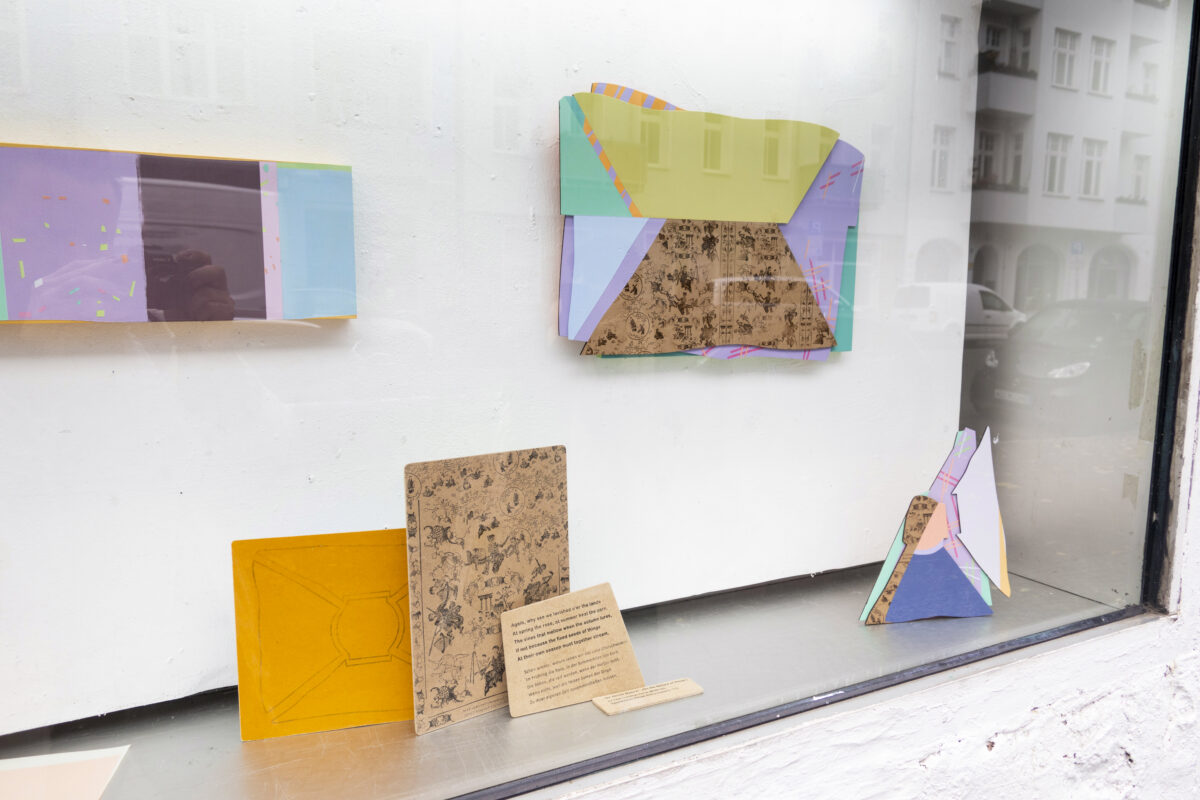 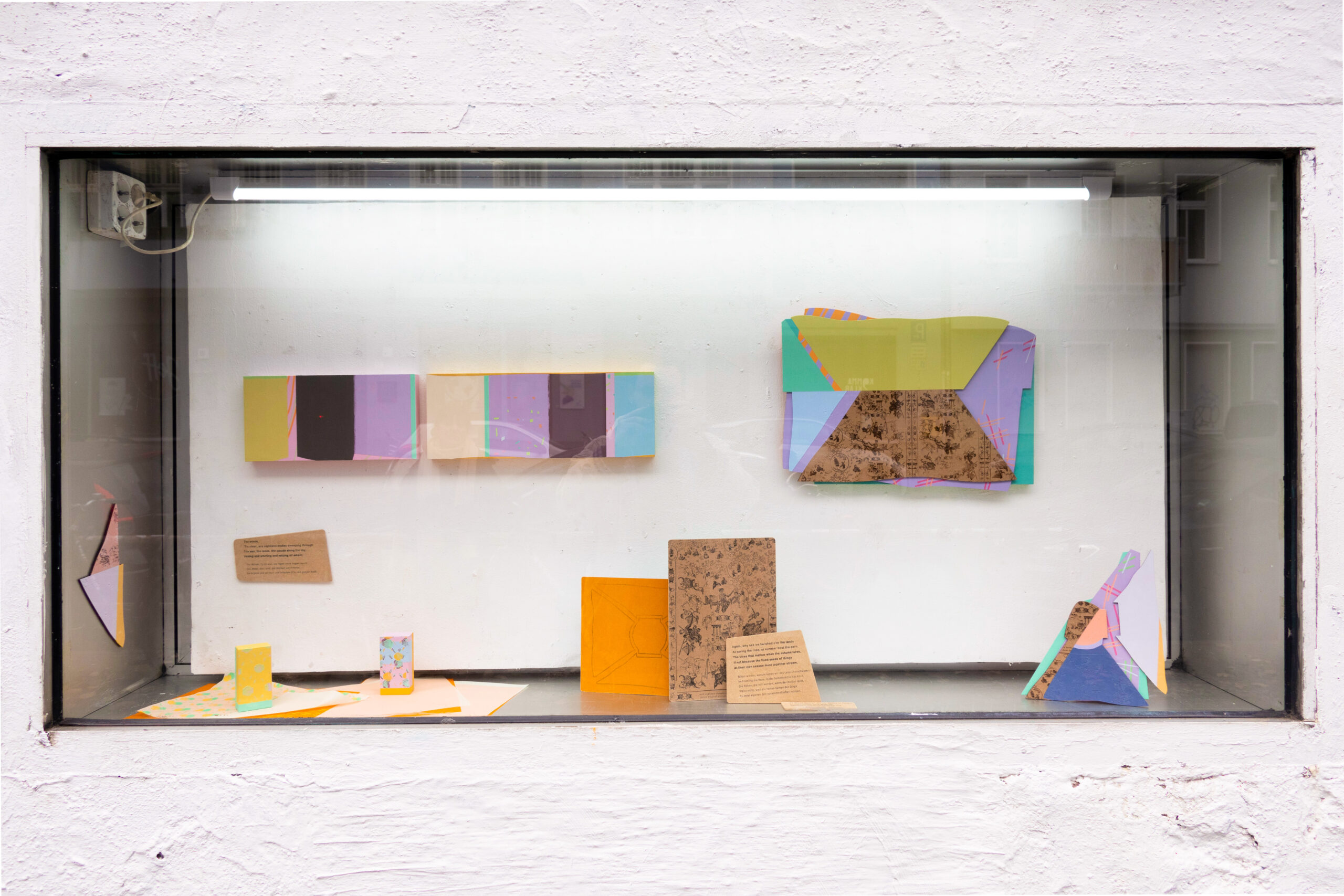