Rodríguez Badel is a media artist from Bogotá – Colombia, a country he has been discovering and has influenced his work due to its biodiversity and magic. He creates all his works underlined by the idea of representing nature through digital mediums and exploring how logical or computing processes understand the world around us. How does technology perceive or represent nature? Having a mostly self-taught understanding of computer graphics and 3d scanning, Rodríguez Badel ends up exploring new ways of representing the world and perceiving nature through the eyes of technology.

Right now he is working on a project that proposes a look at the Amazon forest through a series of 3D scans made with photogrammetry. The data from the scans is processed to generate a series of two- dimensional prints, pen plotter drawings and video works that focus on three key actors in the forest; trees that sustain life, flowers that are key for reproduction and fungi that connect every living being in the ecosystem. He goes on with this complex way of representing the forest motivated by the idea of using technology and making art through it to help us understand nature and respect it.

This virtual space is a place to gather around and visualize most of the works created, click on the image to visit this digital view of the amazon forest. The space is built within the common.garden project, in their words: ” Common.garden is a grass roots, artist run platform, open for anyone to create a space for the casual meeting.” 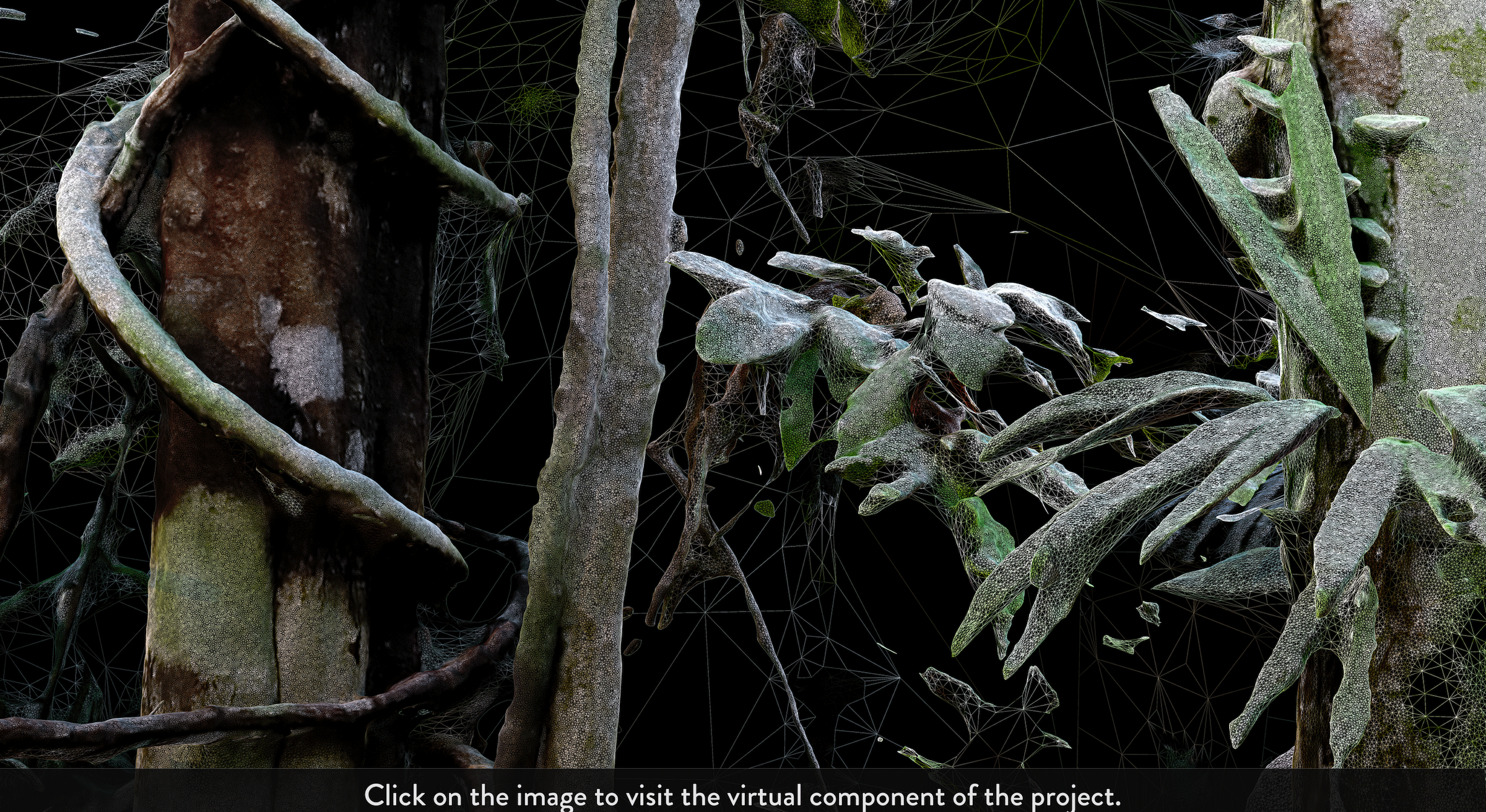