Borderline-Europe offers civil resistance against the European migration and border policy since 2007. People facing death while fleeing from their countries have by now become common and/or an everyday reality. What is almost never mentioned is that these deaths are a direct consequence of the European migration policy and thus preventable.  The multitude of the restrictive measures used to seal off the European states is what we call the EU border regime. The influence of this regime does not only extend to the EU itself but also far beyond the European borders, killing more and more people seeking a decent life. These people are fleeing their countries because wars, natural disasters, and unjust economic and trade conditions destroyed their livelihoods. They are fleeing violent and discriminatory social circumstances in their countries of origin, which are often direct consequences of colonialism. The personal reasons to embark on this journey can be various. It is not up to us to decide who should be allowed to live, work and travel humanely. This is why equal rights for all people are necessary.

The current European migration and border policy, having reached a new dimension with the foundation of the border agency FRONTEX in 2005, runs counter to the universal conception of equal rights. Off the coasts of the EU member states Malta, Spain, Cyprus, Greece and Italy and along the coasts of Libya, Turkey and Tunisia the European military has been trying to stop and even criminalize the crossings. In some cases, the operations are conducted in cooperation with the military of the countries people seeking refuge originate from. People are forced to enter irregularly by sea because there are simply no legal ways of entry for them. Many of them are denied any freedom of movement, a privilege taken for granted by Europeans.

The current so-called migration partnerships with African states and Turkey are just another step towards completing the European closed-door policy. These partnerships allow investing billions in militarization, technologisation and securitization of borders, data collection, and biometrics in countries outside European borders. In the EU, borders are reconstructed through the suspension of the Schengen Agreement, the expansion of border controls, erection of fences and deportations. The attempt to control and stop migration on the international level only exacerbates the problems like human trafficking, torture and rape in deportation camps, forced labor and leads to death.

Despite its portrayal as a threat by the public discourse, migration is not a crime. We experience a political climate where racist and discriminating attitudes are expressed openly and are increasingly earning civil and political support.

borderline-europe is an association based in Berlin, Palermo and Lesbos. Some of us work full-time, others volunteer their time to support the organization. We combine our different experiences and expertise to gain a nuanced insight into the field. Our diverse work profits from everybody’s initiative, exchange and participation.

Our goal is to present the various aspects and the impact of the increasingly complex migration policy to the public. We want to raise a political and critical awareness to counter racist structures and the deadly consequences of the closed-door policy. In solidarity, we take a stand against the indifference of politics and society   humane solutions can only be found if we dare to face reality. 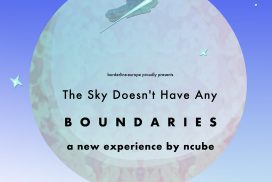