The Anolic Family Awards originated as The Bertha Anolic Memorial Award (now known as the ‘Bertha Anolic Visual Arts Israel Travel Award’). Established shortly after her death, in 1973, by her husband and brother, it was first awarded in 1980. For over thirty-five years this Israel Travel Award has been presented annually to a student studying in a university visual arts program. 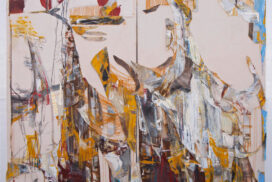