This week in GlogauAir’s showcase we are presenting work ‘Wandering Ghost’ by resident artist Kana Maeda.

Kana Maeda is an artist from Osaka, Japan, who creates drawings, paintings and installation work. Maeda is fascinated by her own consciousness and sub-consciousness, body and memory. Interested in the processes of memory formation, she often uses her own clothes and photographs in her drawings and sculptures, as past evidence of personal experience.

This particular work recounts Maeda’s experience as a newcomer to Berlin, encountering various hallmarks of historical significance and revisiting many places of significance where people were living and existing before. She senses the ongoing traces of these people’s existence, wanting to visualize them.

Maeda started creation with this concept because of her mother’s illness. According to Japanese anatomist Takeshi Yourou: “Technically speaking, even after a cardiac arrest, we cannot say that a person is dead. Sometimes the person, who is considered dead, can come back to life. Brain death doesn’t mean a total death”. She started wondering about what kind of thing makes a person keep on living. It can be the body, the internal memory or the thought.

The body and memory is very versatile; individuals believe that their consciousness is stable and never-changing. Maeda is curious about this ambiguity and contradiction 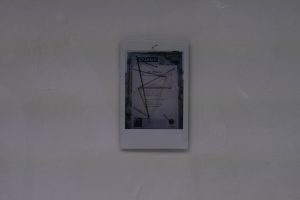 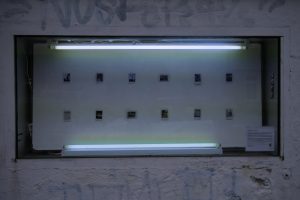 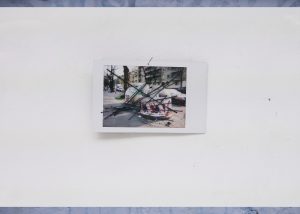