Horizontally Speaking (work-in-progress) is a three channel video and deconstructed paper text installation. It both comments on the assumed hegemony of languages while also acknowledging the experience of a group of individual artists coming together to form a temporary household in Berlin. Here in our residency home, we originate from eight different countries and speak five languages and five dialects. We are living in a multicultural neighborhood in a German city— Berlin—and we all speak English together. For some of us English is a second or third language. Most people here are native Spanish speakers. And still English prevails as the dominant language. Like a colonial power. Das ist aber komisch, oder?

The questions, answers and phrases in these videos are all based on actual conversations that we have had together here. This installation aims to horizontalize the language powers, enabling multilingual conversations in which everyone can speak in their most comfortable language.

The paper “Wörterbände” (below the screens) is one continuous ribbon made from entries cut and pasted together from the Duden dictionary.

Contextual intermedia artist Charity Be constructs unnatural environments and temporal-spatial situations in her art. She is currently interested in how we. encounter and connect with one another. What are our intentions and rhythms? Drawing heavily from philosophical texts and culture-at-large, Be often builds sensory-rich environments with video, sound, language, textiles, performance and sculpture that heighten or disorient our senses, in order to manifest the invisible and experience the conceptual through our bodies.

Charity Be holds a BFA in Intermedia Art from Mills College in Oakland, California and has worked and exhibited internationally. Originally from the United States, Charity is relocating to Berlin. You’ll be able to see more of Charity Be’s work during our upcoming Open Studios on September 17th! 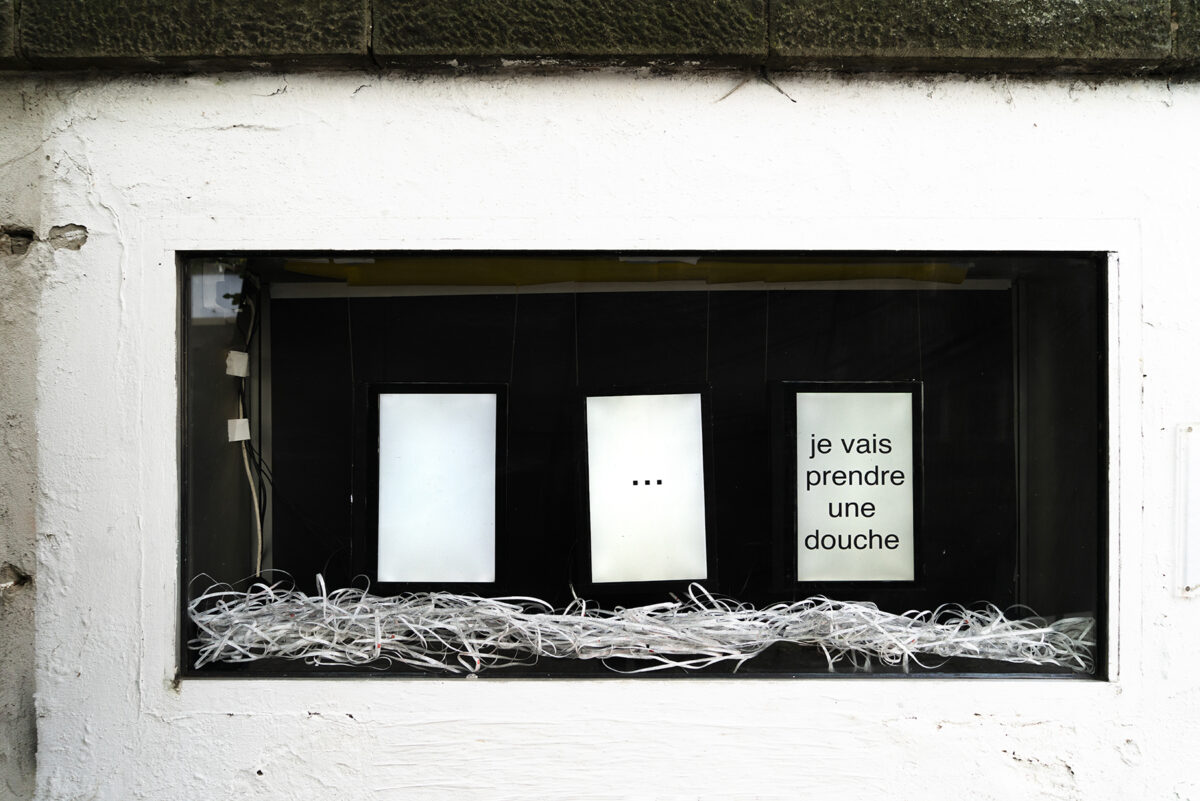 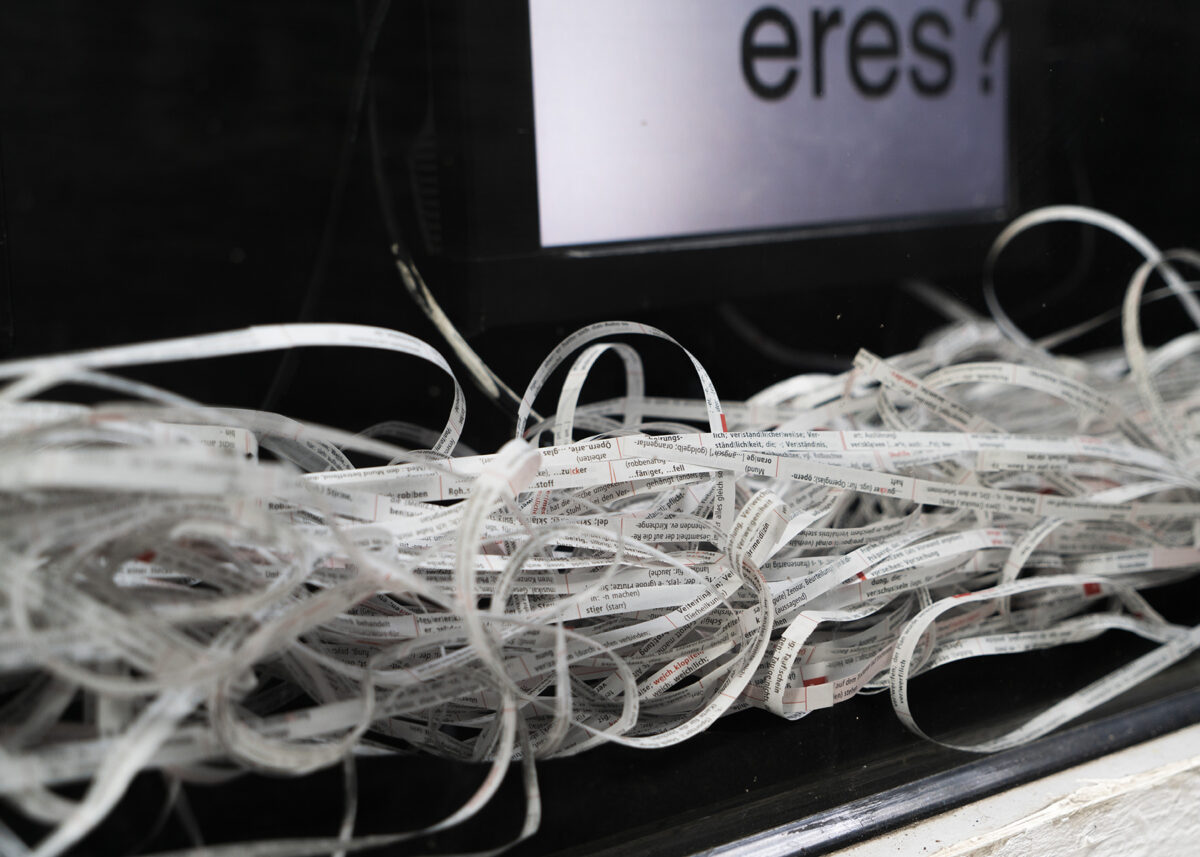 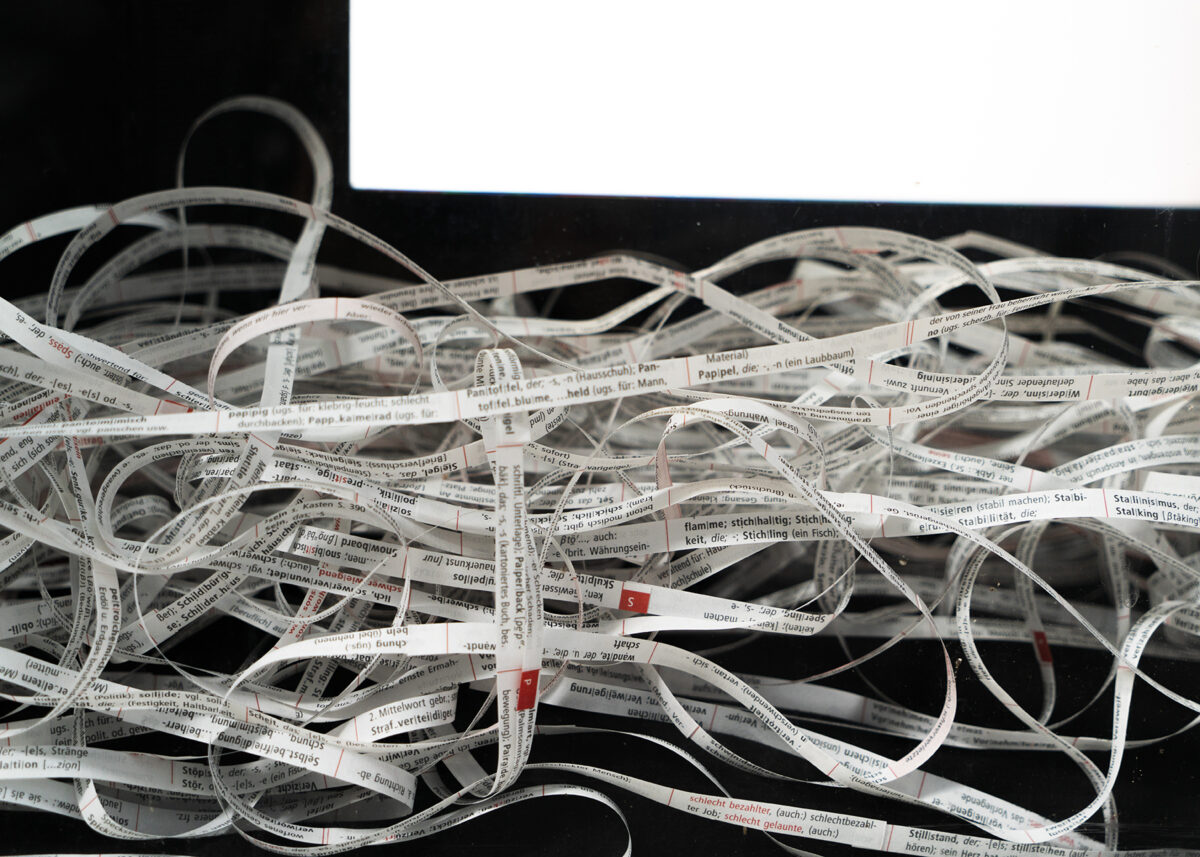 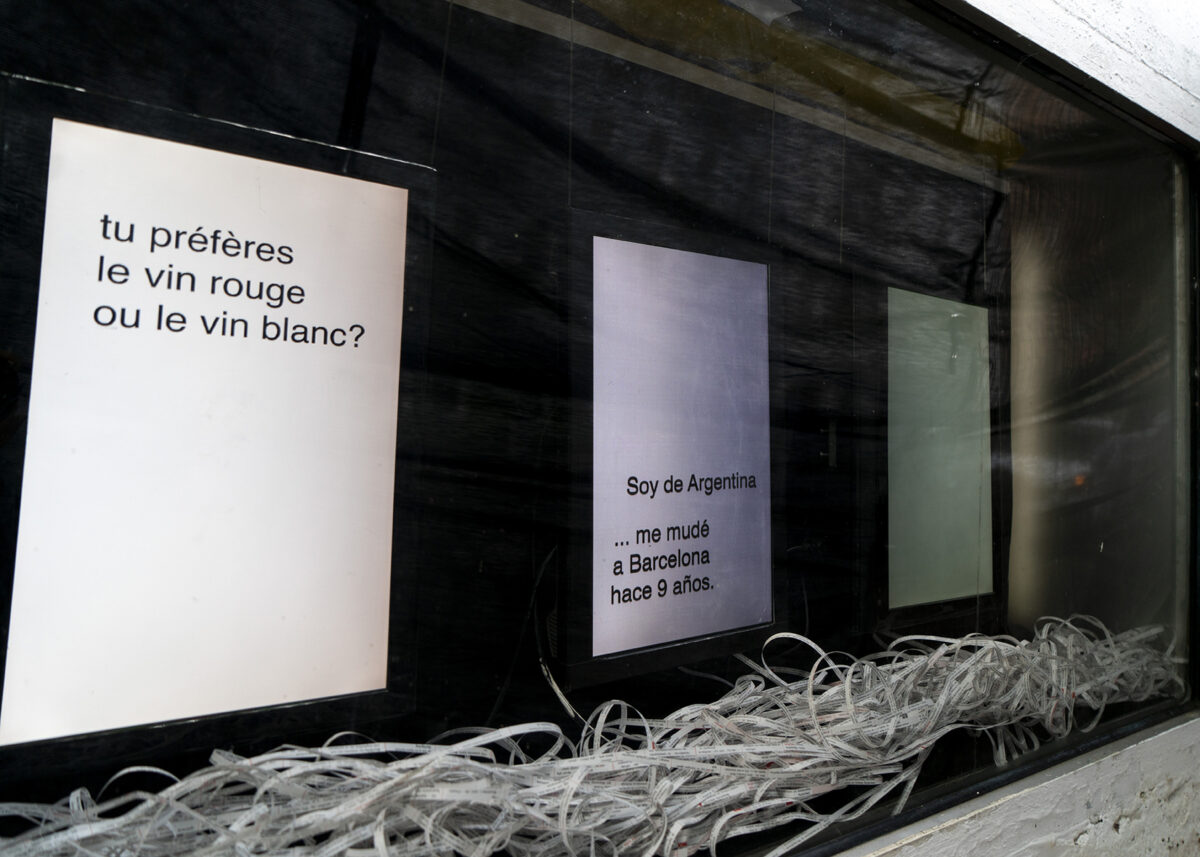 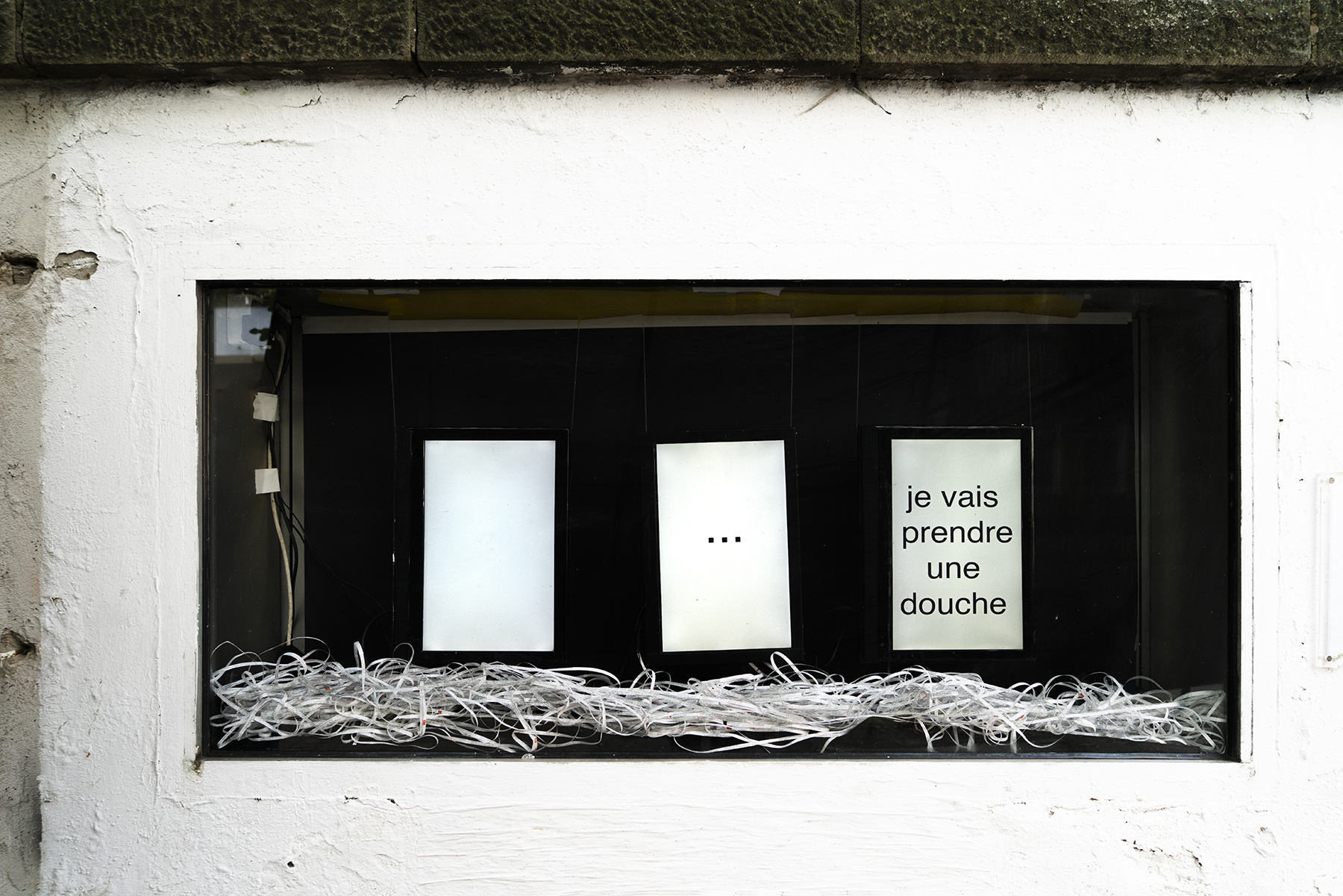