Free participation for artists, with reservation of place through the mail cultura@fundacioncajacastellon.es (indicating name, phone and e-mail). Please indicate in your email which session you would like to attend.

This workshop-seminar, aimed at groups of 10 people maximum, in sessions of an hour and a half, aims to delve into the expressive semantics of the city of Berlin in contemporary art; an aesthetic that has greatly influenced the work of the Castellón-born composer David Moliner, after training at the Barenboim-Said Akademie in Berlin with the prestigious German composer, conductor and clarinetist Jörg Widmann.

The aim is to relate the primary emotions linked to any form of artistic creation, under the common denominator of rhythm and music. In addition to the emotional experience of David Moliner, an explanatory theoretical part of the instrumental theater of Georges Aperghis and Mauricio Kagel is incorporated. For this, a practical part is performed with exercises linked to primary emotions such as joy, sadness, surprise, anger or fear that will lead to a percussive interpretation of all these emotions.

Body percussion is the art of making music using one’s own body as an instrument and, sometimes, everyday objects such as balls, brooms or glasses. It is one of the most natural ways to learn and put into practice the musical language and its elements, since our body is the first instrument that we all use rhythmically and musically, often without realizing it.

In addition, there will be a lecture-concert on the aesthetics of David Moliner in which will be put into practice what was explained in the practical sessions.

This activity is the result of the collaboration of the Fundación Caja Castellón with Memoria Artística de Chema Alvargonzález through GlogauAIR Art Residency Berlin, and the collaboration of the PICE program of Acción Cultural Española (AC/E) for the internationalization of Spanish culture, which promotes and facilitates the presence abroad of the Spanish creative and cultural sector.

His compositional aesthetic has quickly been considered a pioneer of new genres of new forms; his music left the psychopaths of the body with the instrument for which it is written with all musical parameters completely subordinated to this artistic conception.

He has written orchestral music, chamber music, soloist, chamber music for theater and masquerades, with a desire for openness towards different forms of musical expression. His works are published by Universal Edition Vienna.

His music has been performed by soloists of: Klangforum Wien, Ensemble Intercontemporain, Ensemble Recherche, Plural Ensemble and on stages such as Darmstädter Ferienkurse, Festival Ensems, or on tour in Portugal, Chile, Mexico, Switzerland, France, Germany, USA, China and Spain.

He also premiered his percussion concerto Figuratio I, Mein Logos! with the Joven Orquesta Nacional de España and David Moliner himself as soloist, critically acclaimed as a fierce talent. He currently lives in Castelló de la Plana, Geneva and Berlin. His works are published by the Paris-based publishing house BabelScores. He teaches harmony, music history, aural education and improvisation at a higher level at Centro Superior Progreso Musical Madrid and is a professor of Dramatic Art applied to interpretation in the Master of Soloist Interpretation at the Centro Superior Katarina Gurska in Madrid. 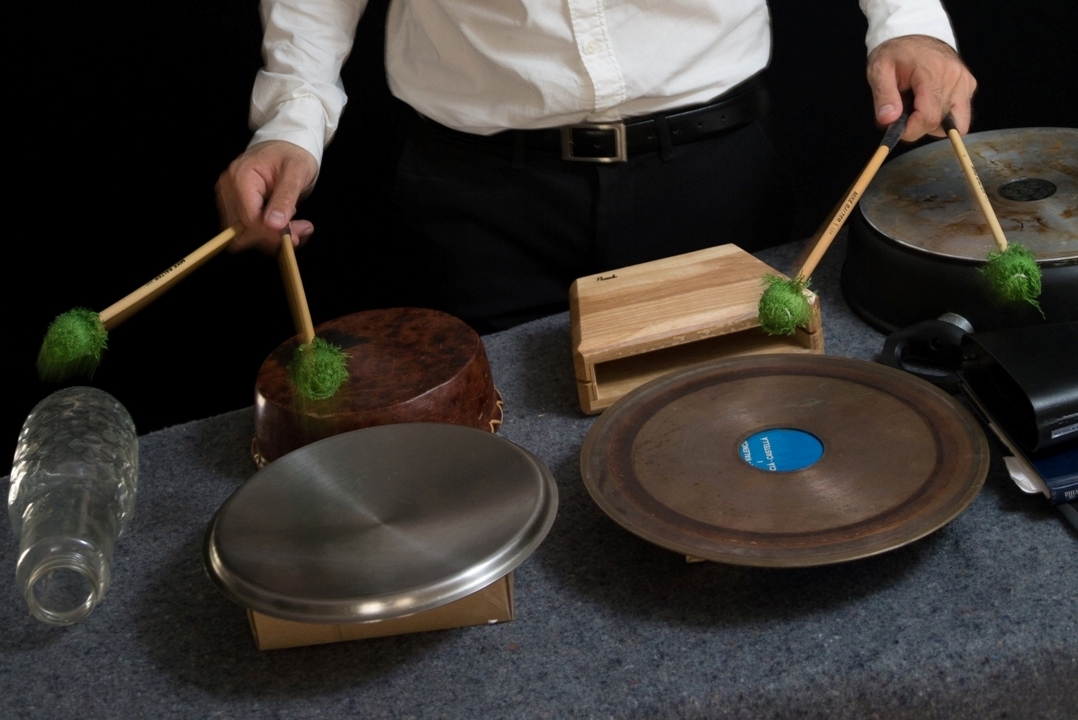