‘In every song there is a distance. The song is not distant, but distance is one of its ingredients’ (John Berger, Confabulations)

What do we look for when we look to be sung to? On June 26, performance artist, writer and researcher @Alison Matthews will return to Berlin to perform the culminating work from her time as a SomoS artist in residence in March 2019.

Taking place in the space of neighbouring artist residency and gallery GlogauAIR, Matthews will evoke the participatory, one-to-one performativity of her practice. Utilising eerie anecdotes and looped vocals, Matthews will move between modes of speech and modes of song to delve into the transformative ability of the written song as live incantation.

By setting her performance The Ballad of Isosceles in dialogue with classic films der Blaue Engel (1930) and Blue Velvet (1986) as well as the writing of John Berger and Rebecca Solnit, Matthews asks what the particular and exquisite pain is of the singer who repeats her signature number night after night, over and over, and what drives the audience to bear witness to this torture.

ABOUT THE ARTIST:
Alison Matthews (b. 1985 USA) is a performance artist, writer and researcher based in Manchester UK. In her performance work, she creates participatory experiences out of text, song and scenographic environments, exploring states of intimacy, distance, desire and alienation. Her academic writing focuses on one-on-one performance. 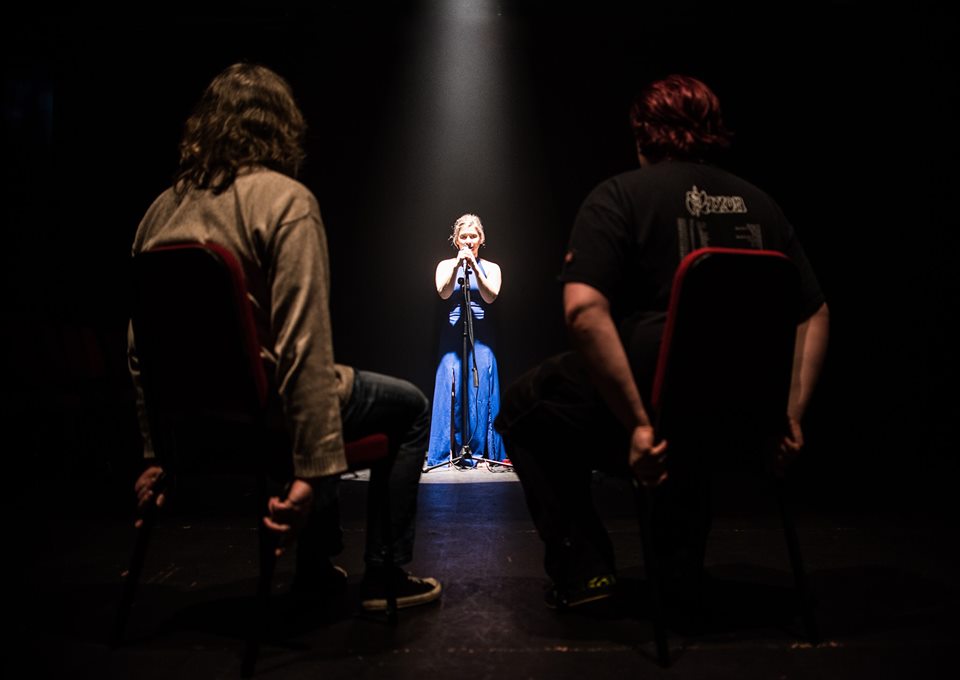 The Assembly of an Exhibition